When a Little Goes a Little Way

Every street in the city with the prefix "Little." 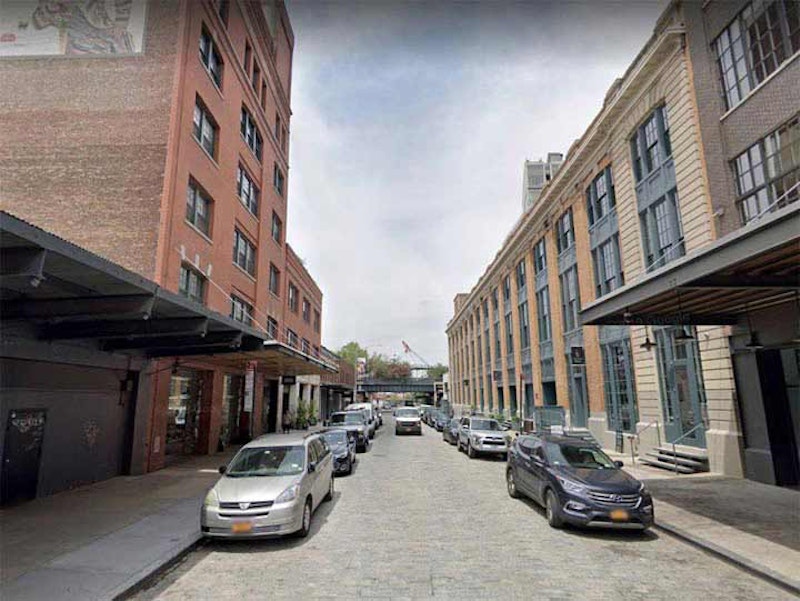 I got to thinking the other day about the streets in New York City that are “Little.” In most cases that’s just what they are, but there are exceptions. I thought it’d be fun to list NYC’s streets here that have “Little” as a prefix, and note why they have that name.

If you look at a street map of western Manhattan Little W. 12th St. , shown above, runs between West and Gansevoort Sts., just south of W. 13th, occupying territory that W. 12th St. would be expected to occupy. But W. 12th isn’t here, since there is already a W. 12th in the Village, running on the slanted street plan of the neighborhood, a few blocks south of here.

What happened to complicate things? The answer goes back to the mid-1850s when the city decided to get rid of three Greenwich Village Streets: Amos, Hammond, and Troy, making them western extensions of W. 10th, 11th and 12th Sts., respectively. When the Orphan Asylum Society on Asylum St. was torn down in 1833, the city also renamed Asylum St. as a northwest extension of W. 4th, creating the familiar odd intersections of 4th and 10th, 4th and 11th, etc. that Villagers take in stride these days.

These machinations left that orphaned bit of W. 12th between Gansevoort and West Sts. out in the cold. By 1885, that section was called N. 12th, to differentiate it from W. 12th, but apparently something a bit stronger was needed and by 1890 or so it was Little W. 12th. Until the 1990s, Little W. 12th was the heart of the Meatpacking District, with feverish overnight activity from wholesale meat distributors and hookers and hustlers, but chic restaurants and retail overspread that area. High-rise apartments followed and today, it’s an exclusive enclave. 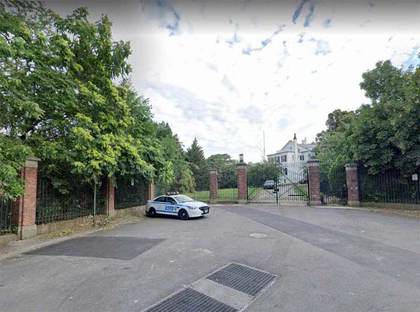 Little St. is indeed little… it’s just one block between Evans and Plymouth Sts. in Brooklyn’s Vinegar Hill, east of DUMBO, with just one address, #60. Until a few decades ago there was another block, but the modern Con Ed plant took it over, and there’s a better chance of visiting the Sea of Tranquility on the moon than getting into Con Ed territory.

However, Little St. is not named for its short length. According to Leonard Benardo and Jennifer Weiss in Brooklyn By Name, it honors a local tavern owner, John Little, who ran a ferry with Captain Samuel Evans from Little St. across the East River to Walnut St. in Manhattan. (Walnut St. is now called Jackson St.). Unfortunately, this is the best view you can get of the Naval Commandant’s House, which, when the Navy Yard closed in 1966, was sold to a private owner. The mansion was built in 1806. 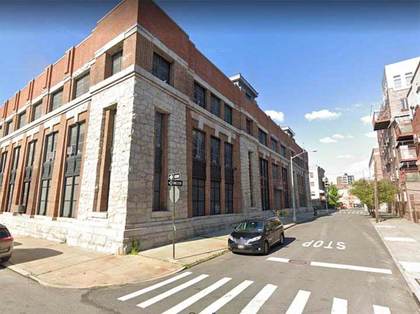 Little Nassau St. runs for one-and-a-half blocks, from Taaffe Pl. to just past Kent Ave., south of Flushing Ave. near the Brooklyn Navy Yard. Much of its north side is taken up by this massive former stable and administration building for the Department of Sanitation, then the Department of Street Cleaning, constructed in 1904-05 for $370,000. It occupies an entire block and today houses offices for the NYC Department of Environmental Protection.

I’ve never ascertained why it’s called Little Nassau St.. Flushing Avenue is an eastern extension of Nassau Street east of Navy Street; however, at this location, Nassau St. is a couple of miles away and the street should be called “Little Flushing Avenue.” Flushing Ave. south of the Navy Yard has always had that name on maps going back to the 1850s. 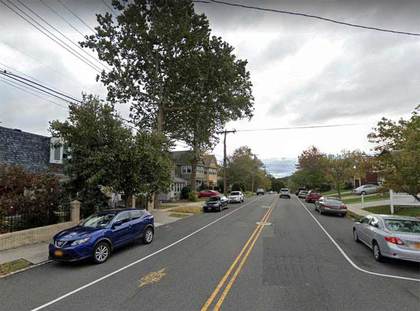 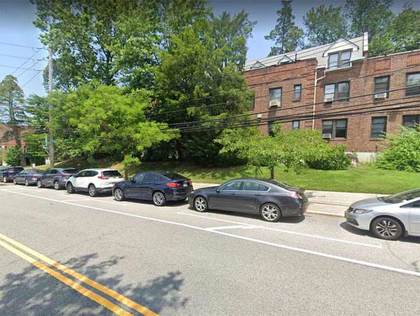 There are three streets called “Little Neck” in Queens, and only one is in Little Neck! In Bayside, Little Neck Blvd. exists in a couple of pieces on 28th Rd. and 28th Ave. east of 216th St. so exclusive that the Google Street View trucks aren’t allowed in. And in Douglaston, Little Neck Rd. runs one block between Poplar St. and Douglas Rd. at the LIRR tracks and until recently it was 38th Drive. Several numbered streets in Douglaston and Douglaston Hill south of the tracks got former or new names with the request of local residents.

Both Little Neck Blvd. and Rd. are named for Little Neck Bay, the body of water that separates Bayside from the Douglaston peninsula. Pictured above is Little Neck Parkway, where it runs past Westmoreland Gardens, which contains the palace of your writer. Little Neck Parkway is hardly “little” at all as it’s a major thoroughfare from just north of the LIRR tracks south to Jericho Turnpike at Floral Park. The parkway, and the neighborhood, are named for the smaller of two peninsulas jutting into Long Island Sound: the larger one is Great Neck. In the 19th century, clams harvested in the Sound were delicacies in NYC restaurants until the waters got too polluted to support them.

Until 1920 or so Little Neck Parkway went by a number of different names; north of Marathon Parkway it was Old House Landing Rd., which went to a former dock at Virginia Point. South of that, it was Little Neck Rd.. When the Queens Topographical Bureau decided to number Queens streets and renumber addresses, the entire length became Little Neck Parkway (instead of the “boulevard” other lengthy roads got). As an aside there are no “big” streets in NYC; where applicable, the adjective “great” is used as in Great Jones St. in NoHo.