Should the U.S. Send Soldiers to Ukraine? 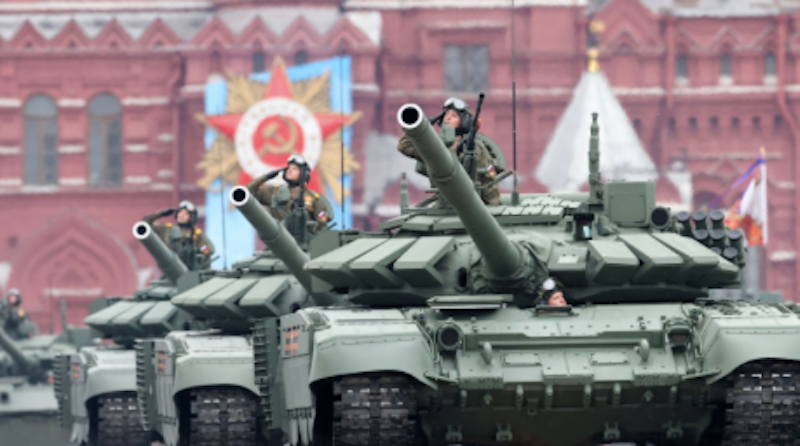 “No,” is the answer to the question the headline to this post asks.

Or so I would’ve thought until Sunday, when Father Nicodemus delivered a sermon on this issue at our humble little Russian Orthodox mission church. It’s our bearish Russian-born priest’s counterintuitive suggestion that the United States should send its military to fight the Russians in the Ukraine, on what he called, in his accented but capable English, “the principle of the concentration of vermin.” Father’s contention is that the presence of U.S. soldiers in the Ukrainian east will make it easier for the Russian military to slaughter them, along with their fascist Ukrainian brethren, than if they had remained on their NATO bases in Central and Western Europe—and so the more of them Washington sends, the better.

“Rats and cockroaches congregating together in Donbass filth,” he preached, lumbering in his wonderful elephantine way around the altar in his robes, his eyes burning bright in his leering face as his braided beard swung like an elephant’s trunk and his gut strained handsomely at the good black cloth. “Americans in Donbass means one thing: train holy Russian bomb sights here; aim tactical nukes here. Exterminate Little Russian Nazis and their amerikos NATO neoliberal pimps. In similar way do I take chemical insect-bomb to parish outhouse, place of great infestation, and close door, and pull fuse, and kill.”

This wasn’t the first time I was somewhat taken aback by the astringency of Father’s sermonizing. But at the same time, I had to ask myself exactly what was stimulating my possibly impious resistance to his message. Had he truly crossed a moral line in calling for the extermination of American, if not of Little Russian, youth? Or have I in fact been “socialized” into the sensitivities and moral conventions of the liberal Western society in which I persist on living, perhaps too contentedly than is good for my soul?

I ask myself the same questions when I’m startled by the pronouncements of far-right French presidential candidate Éric Zemmour. Is my mild discomfort in the face of some of the things Zemmour says a sign that he goes “too far,” even for a far-right Russian Orthodox reactionary like me? Or have I internalized educated-class Western conventions, so that I’m too little receptive to THE TRUTH?

Whatever Father says, I’m in love with the phlegmy, guttural music of his voice. There’s something ineluctably charming to the Russophile that I am about his pronunciation of that “uh” sound that is endemic to English, but that presents Slavs with challenges; also about his pronunciation of the English “th” consonant cluster, also unknown in Russian. “Motherfucker” thus comes out of his mouth (and this word comes out of his mouth rather often) as something like “mazzafacka,” which has, to my ear, a wonderful sparkle to it.

It has been said that Callas’ voice was so spectacular that it would’ve been a pleasure to hear her sing from the phone book. I could listen all day to Father read from the phonebook, were there still phone books, which there are not, thanks to the depredations of liberal capitalist progress.

Meanwhile, politically sophisticated Russian fellow parishioners of mine have “thrown cold water,” as far as I’m concerned, on the thrilling idea that a Russian invasion of the Ukraine is imminent, and to be followed by cleansing mass slaughter. Their opinion, convincingly expressed to me as we stood in the Indiana mud after mass, is that Putin’s current gambit is meant not to lead to a conquest up to the EU border, but rather as a West-directed tool of extortion, a means of extracting concessions from the NATO/neoliberal power center.

I’m reminded of the soul-making rigors of Christian waiting—that anticipation of a holy Event that may not, in fact, come during the meager span of earthly time that each of us is allotted. We live in faith.