If we could take a wand to each other and rid our mate of one little habit, what would that be? 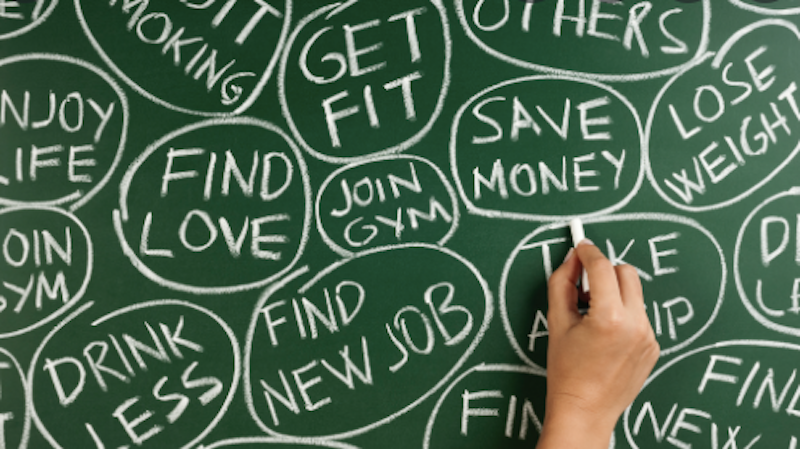 In my little red copy of How to Be a Good Husband, a pocket-size guide from the 1930s I keep at the ready on my chest of drawers, I find most relevant the following decree: “Don’t be a fault-finding husband. Of course, faults have to be pointed out at times, because after all no wife is absolutely perfect. A blind-eye is very useful on most occasions, but when you really must mention some defect, choose your time judiciously. If your wife has had a tiring day, leave the ‘curtain lecture’ for another time.”

I like to think that Kay and I have taken to a new level the practice of choosing the right time for a “curtain lecture.” On New Year’s Eve of 2003, when we’d been married 20 years, I had an idea to tweak the traditional New Year resolutions. These resolutions, by common agreement, are courses of action we set for ourselves. I decide my agenda, and you decide yours. For all, a strictly personal business.

Taking off from there on that night 18 years ago, my idea was to flip things around: I’d decide on a resolution for Kay, and she’d decide on one for me. She and I were perfect in our way, but if we could take a wand to each other and rid our mate of one little habit, what would that be? This was the question we asked ourselves now that we had this wand to play with. Our newly-repurposed, other-directed resolutions were nothing less.

Kay, for instance, had a habit of tearing open the mail with her fingers when a letter-opener lay nearby. She saw nothing wrong with this method. Left to herself, she’d never think to include among her resolutions, “This is the year I’m finally going to start using a letter-opener.”

Well, it happened now, with a wave of the wand. She made this resolution at my bidding, and I started to see a change at once. No more tops of envelopes in tatters, but instead slit clean from end to end.

Her resolution for me was to stop with the dirty looks I gave her whenever she knocked at my study door. Each resolution was considered binding only upon the receiver’s acceptance. “I accept,” I said in pledge through gritted teeth, in a faltering voice. From that point on, I forced a smile when Kay appeared in the door of my study.

And so began an annual custom that also included our two young children. They too were given a chance to take a wand to their mother and father in the hope of dispelling some irksome habit. (“No more kissing me in public.”—This to me from Will, aged nine.) They also did the same to each other and were treated in kind by both their parents. (“No more licking your fingers at the table.”—This from Kay to Maddie, aged 12.) All this happened at Marco Polo, a favorite restaurant, on New Year’s Eve. We’d book a table in the reddish-toned second-floor dining room, and over the remains of our festal meal, deal out our resolutions. These I inscribed in a tall green ledger with stiff board covers brought from the house. As I drew it forth to begin the proceedings, I found it hard to contain myself. For one long year now I’d done my best to shut my eyes to Kay’s little foibles, just like it says in the little red book. But now, at last, release was near, and I let myself get carried away. When my turn came to “give” to Kay (and to Maddie and Will, but particularly to Kay), I always joked how hard it was to settle on a single fault. Only it wasn’t a joke, and she knew it. I really gave a lot of thought to which of her foibles to bring to the floor. After all, I could only pick one.

Harsh language, vituperation, had no place at these family powwows. That was the whole idea behind them. By pointing out each other’s faults at a set time—not in the moment of provocation, but at a safe remove—we were able to do so free of anger. But glee, not anger, was my big problem. I enjoyed these sessions far too much. Kay would see that glint in my eye when I turned to face her to start my round, and even before I said a word, she’d shrink like one expecting a blow.

In later years, at her suggestion, we added a wrinkle to the steady litany of personal shortcomings. We’d all go around the table again, but this time singling out a trait for praise in each of the other three. We called this part “Appreciations.” I liked this innovation of Kay’s, but I always saw it as a countermeasure to the zeal I brought to the original plan.

Whenever another hetero couple heard about our New Year’s custom, the man seemed intrigued by it, to the point of wanting to give it a try—but not so the woman, who quickly put the kibosh on it. As one wife flatly put it, “We’re not doing that.” Even after hearing about the sop Kay had instituted under the name of Appreciations, women held firm.

With the passing of time, Kay and I are now alone on New Year’s Eve, but we still carry on with a two-handed version of what began as a four-way game. We now stay home that night instead of going to Marco Polo, but I still record our resolutions in the tall green ledger with stiff board covers. And when the ledger’s closed again, we follow up with Appreciations.

We carry on with our custom, but during this reign of Covid-19, when much of our time has been spent thrown together, trapped within the walls of our dwelling, we haven’t always kept our word to hold our fire till the end of the year. I blame myself for this recent development. For some time, while having my breakfast—a spoon in one hand, the Times in the other—I’d become so absorbed in my food and the news that I wouldn’t even notice when a drip from my nose started its way down the course of my philtrum. It only came to my attention when I heard Kay call to me, and, looking up, I’d see her striding toward me across the floor holding out a Kleenex tissue, or a whole box of Kleenex tissues.

“Do you want me to get you a handkerchief?” she’d ask, as I dabbed at my nose with the proffered sheet. Her question showed exquisite tact. Seeing me there at the breakfast table, washed and fully dressed for the day, she knew I had a handkerchief tucked away in my left hip pocket. Another wife might’ve said—with well-taken righteousness—“For God’s sake, where is that handkerchief of yours?” Kay’s way of putting it was much more delicate.

This went on for months and months, until a certain Sunday in June, when even the ever-patient Kay finally reached her limit. It was the day of the outdoor farmer’s market in one of our town’s municipal lots, and Kay, who’d gone to shop there early, had come back home and spread her purchases all around the kitchen area. Sitting on the center island was a small white paper bag with an alluring grease mark showing at its base. What do we have in here? I wondered as I opened the bag and peered inside. A delicious buttery smell rose up. At that very moment, a drip from my nose fell dead-center into the bag. On looking up with a guilty face, I met Kay’s eyes across the room.

“Did you just nose-drip onto my scone? My lovely cranberry-pecan scone?”

I wiped the top of it with a paper towel and offered to walk into town for another, but Kay told me not to bother and later polished off the scone—half of it at lunchtime, the rest after dinner. She seemed to have put the incident behind her. But over breakfast the following morning, she touched on it indirectly.

“I know we’re still a long way off from doing resolutions, but I wonder if you’ll consider taking on one now. I’d like you to have your handkerchief out when having your bowl of cereal in the morning.”

Wasting no time, I pulled out my handkerchief and spread it over my lap like a napkin. But there was more to Kay’s request.

“We can still do our New Year resolutions if you like, but I don’t think we need to ‘save’ our annoyances for that one occasion only. I think we should address them as they come up.”

I felt it, sadly, as the end of an era. Later that day, alone in my study, I pulled from its shelf the tall green ledger and sat with it under the lamp by the window, poring over our past resolutions. Like a precious photo album dusty with age, this record of our defects (as one might read it) filled my elderly heart with nostalgia. “Ah, yes,” I’d say as I stumbled on some long-forgotten resolution. Some were do’s and don’ts for me, while others were do’s and don’ts for Kay, while others still were do’s and don’ts for our two children. And though I may have been mistaken, it seemed to me, in Kay’s case, that a number of her resolutions hadn’t been honored, finally; that she had been lax in following through. (“Turn off lights,” I’d once enjoined her. This had barely made a dent.) And as I pondered how to broach these various derelictions with her, I heard a familiar knock at my door.

A moment later the doorknob turned, and I put the requisite smile on.