What’s in a Name?

When it came to naming his unborn child, Detective Jack Chaser didn’t take no for an answer. 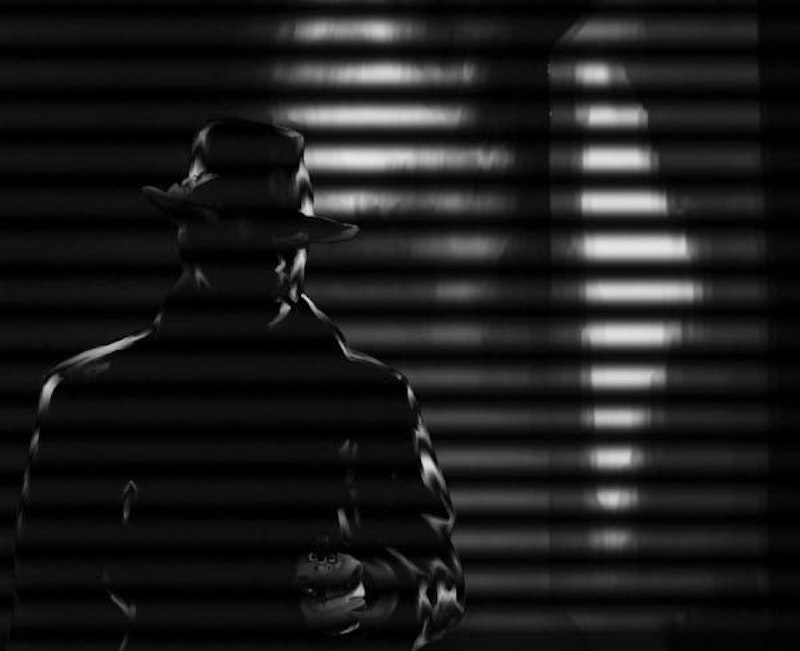 Camden Camden couldn’t believe that she was having this discussion again. She was the one carrying their unborn child, not him. What right did he have to insist on such a ridiculous name? “Look, Jack, this isn’t up for debate,” she said.

Detective Jack Chaser wasn’t the kind of man who took no for an answer. In addition to making him a terrible quizmaster for police department yes-or-no trivia nights, this trait had also made it difficult for his assorted significant others to live with him. “Lady, the kid’s getting named ‘Boss Tubbs’ and that’s final,” he didn’t so much say as growl at her.

“Why on earth do you want to call him ‘Boss Tubbs?’” Camden asked.

Chaser poured five fingers of whiskey into a mug of grain alcohol, then downed the concoction. “Names have got a lot of power to them. Wouldn’t expect a twist like you to understand,” he said.

Chaser cracked his knuckles and gave her a menacing look. How could he explain the horrific future about which he had had so many alcohol-induced premonitions to such a daffy dame? “All I’m saying is that it’s going to come in handy later on,” he said.

Camden put her hands on her hips—one of the many wrong places where she had gained some weight, Chaser thought—and started to pout. “But what about Harper Holden Dickens O’Connor? Isn’t that a beautiful name?”

“That’s a goddamn stupid name if I’ve ever heard one,” said the Chief as he emerged from the guest bedroom in a state of partial undress. “You might as well name him Ray J. Johnson and have people spend the rest of his life arguing about whether to call him Ray or Jay.”

“Why is this guy still here?” Camden asked. “I thought you said your roommate had moved out.”

The Chief gave a ferocious belch and began digging his fingers into his deep, hairy navel.

“Didn’t you get the memo, hon? I live here. Been living here for the past three decades.”

“The Chief and I are partners and it’s all 50/50/50 between the three of us,” Chaser said. “Way I look at it, he’s the good angel on my shoulder, and you’re the dumb son of a bitch who wants to name our kid Ray J. Johnson.”

The Chief gave his navel sweat-saturated fingers a careful sniff. “Pardon his French, Cammy. Chaser’s the kind of guy who believes in breaking a few eggs to make an omelet. I’m the janitor who cleans up his eggshells.”

“That reminds me, Chief—think you could fix me up a rum-and-Pepto-Bismol omelet? Light on the eggs and heavy on the Pepto,” Chaser said.

The Chief ignored this request and plopped down on the couch, bringing himself to eye level with Camden’s midsection. “Hold your horses, Chaser. I haven’t even eaten my first pack of smokes this morning.” He started gnawing on a cigarette, motioned for Camden to move away from the TV screen. “Say, sister, do you mind giving me some breathing room here? The dailies are coming on soon.”

“The Chief and I never miss an episode of General Hospital,” Chaser said.

Camden bristled with indignation. “What? And Jack, why aren’t you at work? I haven’t seen you go to the police station in weeks.”

Chaser laughed. “That old place? Shit, sweetie pie, they fired both of us years ago.”

“Threw the book at us, too,” the Chief added. “Jack here is even on house arrest. Haven’t you heard him joking about his ol’ ball-and-chain?”

“But… I thought he meant me, not that weird bracelet he wears on his leg! And part of the reason we talked about getting married was, you know, how Jack had these amazing benefits,” Camden stammered.

The Chief gave Camden a knowing wink. “There are lots of benefits to being married to ol’ Jack Chaser,” he said. “Just not the pecuniary kind!”

As he and Chaser collapsed into hearty, he-man guffaws, Camden felt a sharp kick in her bulging stomach. Enclosed in his safe amniotic universe, little Boss Tubbs/Harper Holden Dickens O’Connor was lurching toward the state of viability about which Harry Blackmun had written so lovingly in Roe v. Wade.