Trump’s Second Term Will Be a Doozy

Meanwhile, both Clintons should shut up. 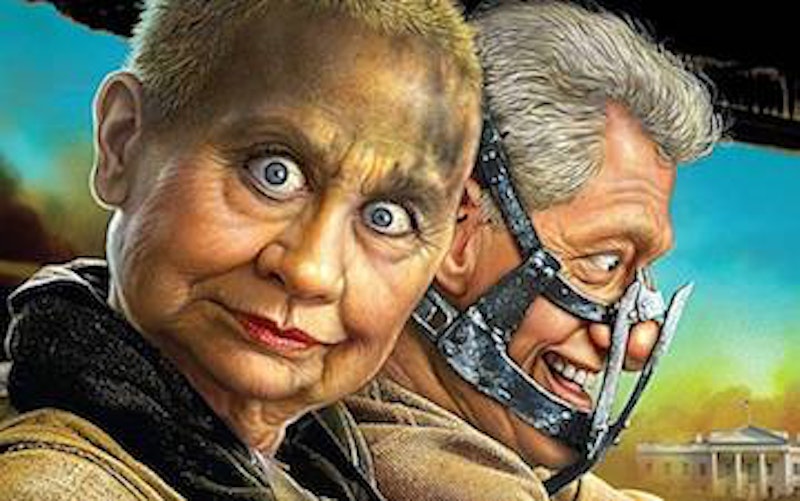 The line between comedy and tragedy gets fuzzy at times. The events of the last week have been a laugh riot. Watching Canada’s limp-wristed gender fluid Prime Minister deal with his fake eyebrows falling off in public as President Trump scraped him off the bottom of his handmade Italian shoe like so much dogshit was priceless. Bill Clinton must’ve gotten a little too far into the cocaine when he blurted out that “Norms have changed in terms of what you can do to somebody against their will.” That’s an incredibly revealing statement coming from a known serial rapist. The Clintons remind me of Ian Brady and Myra Hindley.

George Soros is weeping into his schnapps over the obvious failure of his lifelong efforts to eliminate the rich diversity of nations and replace it with the globalist vision of a world divided into a tiny Morlock elite ruling over a population of illiterate mixed race Eloi. Of late, the six corporations that run the mainstream media in this country seem to have agreed to append the phrase “Holocaust survivor” to his name, presumably to garner sympathy for the predatory psychopath. Handing over lists of some 400,000 Hungarian Jews to the Nazis while posing as a Christian seems like a pretty effective way to get by, and helps define his character.

As Ann Coulter recently pointed out, there’s little chance that Harvey Weinstein and the other power elite rapists and predators would be in the dock if their good friend and protector Hillary Clinton had won the election. Sensible criminals who’ve managed to avoid indictment usually lay low and count their loot. The Clintons’ great weakness is their addiction to the spotlight. They’re the embodiment of hubris.

Donald Trump is the unlikeliest of characters to be described as “angelic,” but there he is, center stage as the great archangel Michael, swinging his flaming sword at the coiled mass of venomous serpents that constitute the power elite. The Clintons and their supporters still haven’t figured out how he won. It’s really very simple: she was playing by the old-fashioned Chicago Democrat playbook of corruption and bribery, while he was running his campaign like a reality TV show. If you want a good look at his tactics, I suggest a viewing of the Lifetime series (currently on Hulu) UnREAL.

Hillary should retire from public life and go back to Chappaqua to bask in the glow of her benzos and vodka and abuse the help. Bill should buy himself a one-way ticket to his buddy Jeffrey Epstein’s pedophile Fantasy Island and dive into a pile of cocaine and underage female sex slaves. Every time the man opens his mouth, he sticks his foot in it, and no amount of makeup will cover the fact that he looks like he has AIDS. They both just need to shut the fuck up.

“Apocalypse” does not mean Armageddon. It means “revelation.” We’re there, and the fun is just starting. I hope to live to see Trump’s second term. It’s bound to be a doozy.