What Kind of Mom Are You?

My vote: cheese fry bowling mom for the win. 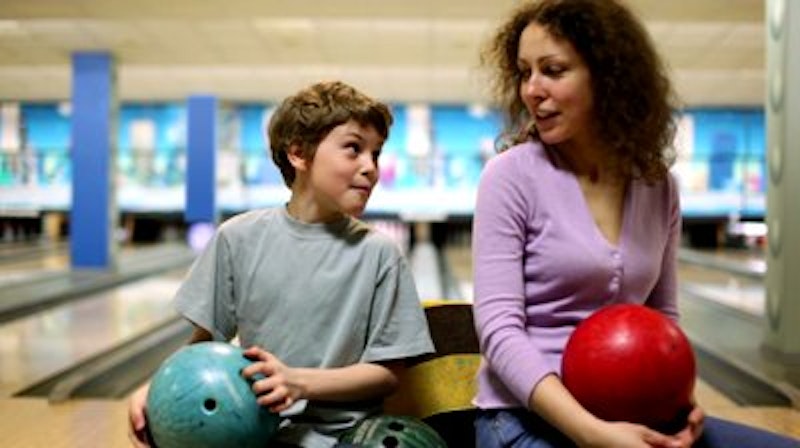 Considering I gave birth for the first time in 1994 and have four children including two teens, I’ve been many kinds of specific mother in addition to my general title of “mediocre mother.” Over the years, there have been sports, academic clubs, hobby clubs, scouting, and many other extracurricular activities in which my children have been involved, meaning I am a (INSERT ACTIVITY OR SPORT HERE) Mom for that season/year. For the record, my children are only allowed to participate in two activities at any given time. I absolutely loathe overscheduled children and parents who create them and destroy the “go play outside” element to childhood that I feel is vitally important.

Anyway, I have varying opinions on what it’s like to be “the mom” at different things in which my kids participate.

Soccer Mom:  This is the mom I most hate to be. It involves cold weather, too many practices, forgetting what snack day you had and screaming sideline parents who apparently predict Olympic gold medals or World Cups in their eight-year-olds’ futures. Only advantage: cheese fries sold by football boosters near the soccer field.

Baseball Mom: Don’t mind being this mom. Even coached it once (note: once) for first-year little leaguers who’d rather play in the dirt and rocks than care whether a baseball is screeching toward their faces. Nice weather, and a sport I love.

Ballet Mom: God save backstage ballet moms. Or, even better? Smite them, God. Either way. They’re a nightmare. Also, I never had the right hair bun or right sized tights on my kid. Adorable performances, though, gotta say. There are no cheese fries in ballet.

Theater Mom: As long as you avoid the former backstage ballet moms, being a theater mom is cool, mainly because I am a theater dork lifer myself. Why yes, I absolutely will search for random costume items and volunteer at the indoor concession stand that sells candy, beer and wine, and then watch a show.

Cup Stacking Mom: There are all kinds of moms. But who the hell knew there was a cup stacking mom? I’m in my first year for this one. Didn’t even know it existed. The kids meet at 7:45 a.m. and are practicing for the state tournament. A roomful of elementary school kids banging cups around is noisy, and another mom who goes every week (and runs the timer for the kids!) picks up my kid on her way, so I can’t complain about this one, but I am bringing earplugs to the tournament.

High School Marching Band Mom: This is my first year, since my daughter is a freshman. I’m already a failure. Outdoor evening football games? Freezing, and you have to actually pay for your family to get in. Band tournaments every weekend. Cult-like parent booster club with matching school color windbreakers? I’m frightened, and inclined to send money to get out of concession stand duty. The music and uniforms and parades and how much my kid loves it are all plusses.

Girl Scout Mom: Loved being a Girl Scout myself and am in my sixth year of being a leader across two of my three girls. All about the camping memories and fireside s’mores.

Birding Mom: Another unique type of mom, and one of my favorites so far. My daughter’s youth team won the World Series of Birding last year. She trains all year long, can identify the calls and sightings of several hundred kinds of birds, and is more enthusiastic about her chosen club than anything any of my kids has ever done. And I really don’t have to do anything.

Bowling Mom: I saved this for last because even though it was the shortest period of “mom” I got to be, it was probably my favorite. Back when she was in first and second grade, my oldest daughter was in a bowling league. No practices. Saturday morning games only in a heated, indoor space where beer, wine, cheeseburgers, cheese fries or, in morning, coffee and bacon egg and cheese sandwiches were sold. Mom winning!

I noticed a pattern as I write this: concession availability and weather. This says a lot about my dedication to my children, doesn’t it?