“My Cloak, a Black Membrane of Night”

A Halloween memory of a young fool who wanted to be a writer. 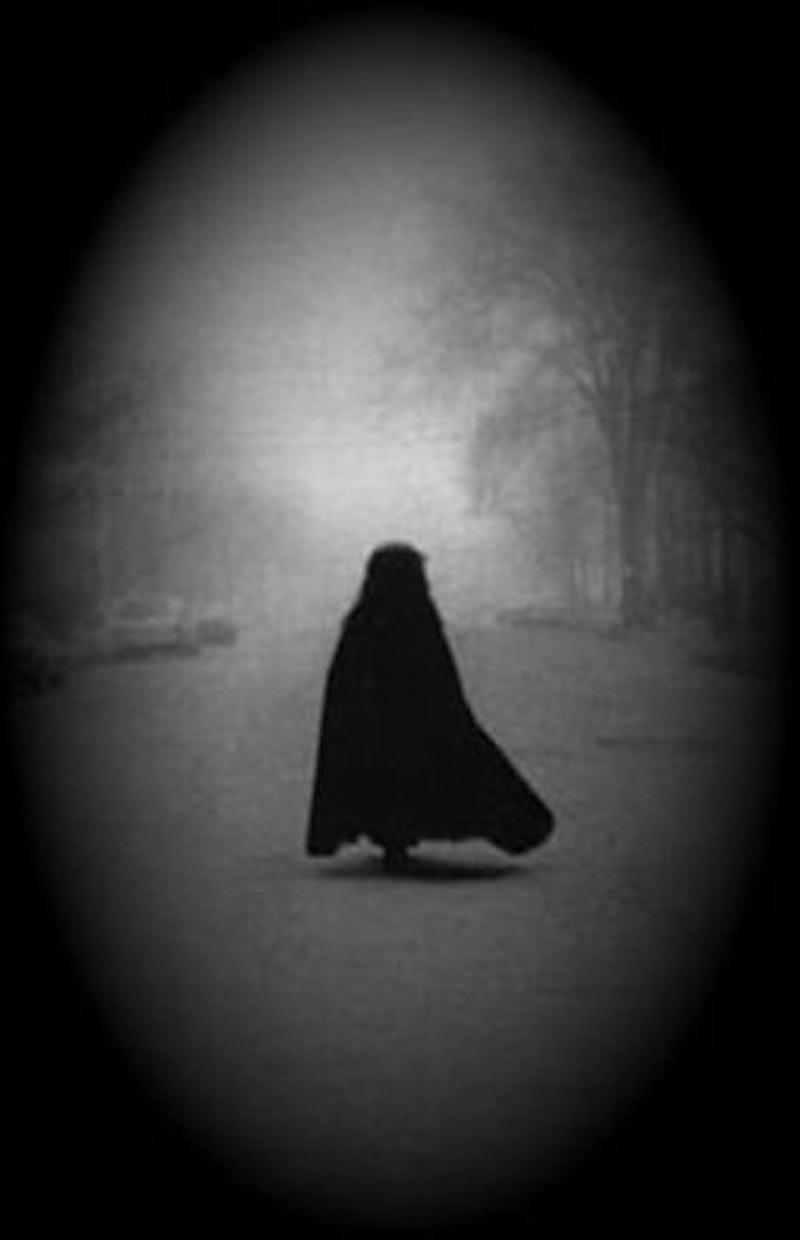 I knew a fat, mouthy kid once who was very funny. I'd say he was one of the five funniest people I've ever known. But he was a loser.

He became a big figure in my office when very young, just 19 or 20, and he did it as a part-time temp worker. His shape was bearish and he had a loud voice, and he nosed everywhere for companionship and approval. His way of doing this, his vehicle, was to be a wise guy and at that he was great. So he was a natural celebrity, but those drives need a path forward or else they double back and cause wreckage. In my friend's case there was no way forward. He was timid where it really counted. He didn't want to put his work forward to see if it was good. As a result, he stopped wanting to do the work at all, at age 19.

It was too bad. He showed me some nice fragments, and he was certainly one of the more entertaining and interesting people that I've ever known. But he was also a screwed-up college kid and a loudmouth, and the combination caused him to be very stupid, very often.

Late one afternoon he showed me something he'd written. I thought it was below what I'd seen. For one thing, the earlier stuff had a Tom Waits, battered-hat cynical wise guy feel that worked for him. Maybe he had to be smart-alecky just to be smart; take that away and he turned into Anne Rice. At any rate, what I read now was a flight, a rapturous passage of words. He seemed very happy about it.

I picked my words carefully. “It's good,” I said. “But in a way that I kind of associate especially with… comic books.” Because I thought of Alan Moore's Swamp Thing, which I'd just been reading. “You know, where the prose is made so lavish that it kind of works alongside the panels as an attraction.”

His head twitched like a dog's. I really wasn't getting where he wanted to go.

“That can work in a special kind of environment,” I said. “Purple prose—”

“Purple prose?” he said. His head wobbled. He had the gift of allowing indignation to rise up in his face like gas in a massive vessel.

Me, hands up: “It doesn't always have to be bad. This is good in its way. But in the right environment.”

In fact the passage had a comic book feel. It was about a dark figure hurtling through the night. He was powerful and unmoored, and he spoke in the first person. “My cloak,” he said, “a black membrane of night, claws the air behind me.”

My friend shook off what I said. He named a local paper that we both liked. “I'm faxing it to them,” he said. He was going to do it right now, about 6:30 in the evening.

I asked what was the rush.

“For Halloween,” he said urgently. “But it is Halloween,” I said. “They can't run it.” His massive vessel of a head shook, chin up. He had his mission. I guess a week passed. All I remember is that it was raining outside and I sat hunched at my desk, driving to meet the afternoon deadline. The boy appeared in my peripheral vision. You couldn't miss that hulk and it was headed toward me. Water was rolling off it. I sat up and looked away from my terminal.

He wore a slicker with hood, like tarp over a bulky hummock, and water dropped along the hood's brim. He stuck his arm out but said nothing. What he extended to me was a copy of the paper we both liked. I took it from him and looked where his sausage-like finger pointed.

The paper's front page always ran a column of short items about nutty things the reporters had seen. This week the lead item said this: “Our thanks to the dumb, endearing bastard who tried faxing us copy 10 minutes before we closed last week's issue. Lead: 'My cloak, a black membrane of night, claws the air behind me.'”

The boy stumped away and I went back to work.

The next evening, after deadline, he stopped by my desk. This time he was up. He read aloud a letter he'd written to the staff at the paper: “Hey, thanks for the ink. Maybe now you can take a look at,” and so on, because he was sending them some of his stuff. I thought that was a good idea and I liked “the ink.” I'd never heard that one.

A few days later I asked if he had sent it. He shrugged and said no, he wasn't going to. In the end he was caught trashing the office of our president (I mean the president of the company) and wound up in legal trouble. I guess the lesson here is to recognize what you really have to follow through on.