Lessons to a suburban kid. 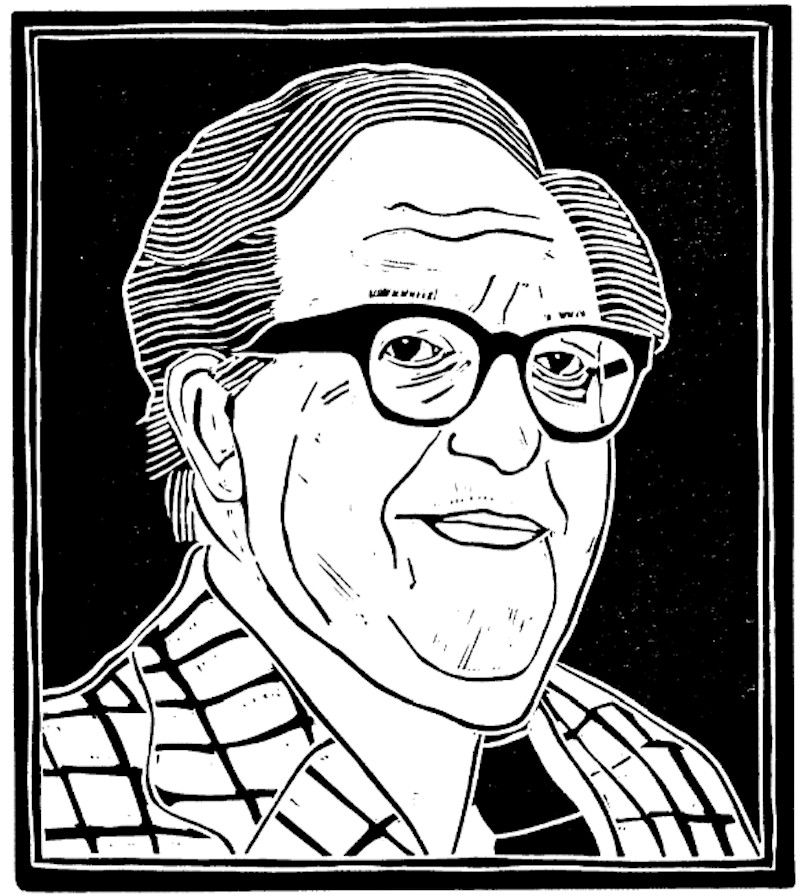 Grandpa Al was a seminal figure in my life. The youngest of 12 children, he was born in 1913 in Austria-Hungary and came to America at the age of two. He was raised in a poor Jewish family and acquired a "worldly education" on the tough streets of the Bronx. He married young and became a traveling pasta salesman singing Italian songs to his customers. Tired of East Coast winters, he moved his wife and three daughters (my mom included) across country to Los Angeles in 1948. After a failed pretzel business, he opened a liquor store in midtown Los Angeles at the corner of Western Ave. and Pico Blvd.

The store was adjacent to Redd Foxx's nightclub, and celebrities often came by for Al's barbecue chicken and ribs. Al loved telling the story about how he almost killed Wilt Chamberlain. It seems Wilt entered the store via the eight-foot high Western entrance for some ribs and left through the seven-foot high Pico door. As he was 7’, 1" tall, Wilt slammed his head on the doorframe and fell to the ground. Al gave Wilt a lifetime supply of barbecue to keep him happy.

In 1977 when I was 14, Grandpa Al gave me my first job, a clerk in his liquor store. I'd lived a sheltered life in the suburbs and that summer at Al's store was eye-opening. The surrounding area was impoverished and crime-ridden. Two years earlier, Al was robbed four times at gunpoint. Six weeks before I began working, the store was robbed in the middle of the night and half the liquor stock was stolen or destroyed. Al wasn’t intimidated. He'd made it through the 1965 Watts riots and he considered himself a "tough Jew."

He gave me lectures about the tricks of his trade. "Never leave more than $20 in the register. Don't open the register until you see the customer's money. If someone asks you a question while the register is open, close the register, then answer the question." He showed me the thin strip of rubber beneath the counter that triggered the silent alarm. He taught me how to spot a counterfeit bill by rubbing it against a white piece of paper and looking for a faint green mark. He instructed me to leave $100 in singles in the "fake safe" in the storage room while leaving the lion's share of money in the "real safe" upstairs. He showed me the secret compartment beneath the register where he carried his loaded pistol. "I've never had to use this but if that day comes, I'm ready."

Grandpa Al was also a prankster. One time he decided to teach a lesson to a customer named Clarence who came in every day and stole candy bars. When Clarence entered the store, Al took a foil-wrapped Ex-Lax chocolate bar and inserted it into the outer wrapping of a Kit Kat bar. When Clarence approached, Al left the faux Kit Kat on the counter and walked away. I watched from the storage room as Clarence pocketed the Kit Kat and left. We didn't see him for two weeks. When Clarence finally returned, he looked noticeably lighter and pale. "Where you been, Clarence," my grandpa asked. Clarence's reply was unforgettable. "Man, you wouldn't believe the shit that's been happening to me."

My grandfather finally sold the store in 1988. Along with my Grandma Stella, they devoted the rest of their life to raising money for the City of Hope Hospital to help aid children with cancer. This was my grandparents' tribute to their daughter Lita, who died of cancer at a young age. Grandpa Al passed away in 1994. He was a beautiful man and I still miss him.

You can view Loren Kantor’s woodcut prints at his blog: woodcuttingfool.blogspot.com.