What I Learned From the Exterminator 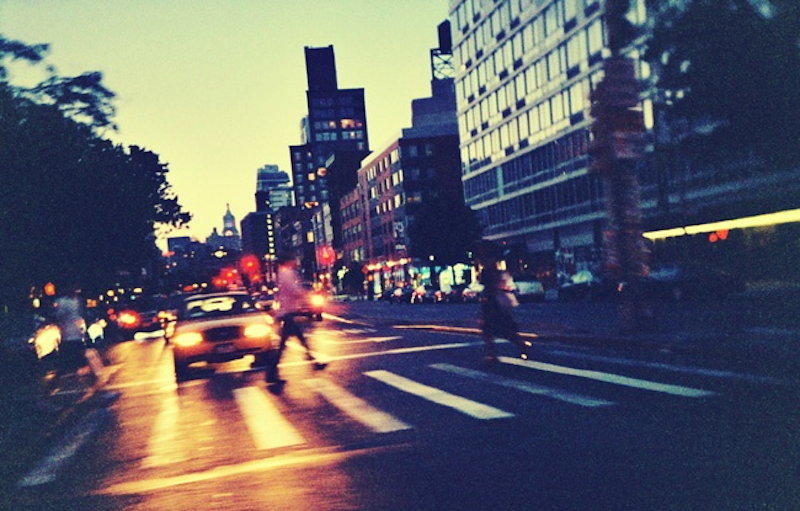 Just past 10 o’clock on a bleary Monday morning, ripe with possibilities to fail in new and spectacular ways this week, I let my exterminator into the building. He was a stocky Hispanic man, because as a home maintenance professional in New York City, of course he was. I planned to show him around the apartment, make sure everything looked okay to him, and sneak out to my new favorite cafe, which serves breakfast sandwiches on brioche at a price point that doesn’t make me want to gouge out my eyes.

This was not to be. Not immediately, anyway. The exterminator had other plans.

“You do yoga?” he asked, standing just beyond my bedroom door as I laced up my shoes. I do not.

“I have a way to meditate that only takes six seconds,” he boasted. Having grown up Buddhist, I was naturally skeptical, but attempted to keep an open mind. “Really?” I said politely, looking about the cozy bedroom for my hat.

The exterminator nodded proudly. “Watch.” During the next few moments, he transported us both into a Daniel Pinkwater book in four easy steps:

• Crossing his arms and pinching both earlobes between thumb and forefinger, he performed a deep knee-bend, inhaling as he squatted and exhaling as he rose.

• Another knee-bend, this time pinching the middles of both ears.

• Another, pinching the tops.

• And another set of three, this time with arms uncrossed.

He then straightened, beaming, and nodded encouragingly at me. I didn’t quite know what to say; it’s certainly true that encouraging oxygenation and endorphin production has positive health benefits, and can make a person feel better in body and mind. But this is temporary, and far from a revolutionary discovery—like the idea that “we only use 10 percent of our brains,” which the exterminator had begun enthusiastically describing to me while I mulled over a proper response.

“You know that our bodies, they have a defense system, yes? Well, the mind has one too,” he patiently explained, setting aside his bucket of lethal chemicals. I wondered what my face looked like. Was I maintaining polite interest, or had my growing incredulity revealed itself too soon? It didn’t seem to matter, as he continued: “You increase the oxygen and the mind, it attacks the evil, and—pop!—it goes away! I used to be a sex addict. Now I do this—addiction is gone. I used to be a thief! Now, I can’t even think of doing these things.”

I was shocked. Was this an online banner ad come to life? This man discovered one simple trick to make bad thoughts and criminal behavior disappear! Justice departments and clinical psychologists hate him!

Then his words sunk into my head. This admittedly jovial and forthcoming fellow had just told me he was a former thief and recovering sex addict. As I was raised among Narcotics Anonymous folk, salt-of-the-earth bikers one and all, I was inclined to give my exterminator the benefit of the doubt—but nevertheless, I resolved to double-check my sex toys before allowing him to leave.

As if in response to my deviant thoughts came the sudden question from beyond the bedroom: “Are you a gay?”

As I was preparing to go out in The World of Cis, I’d quickly done my makeup beforehand. But since my voice is what it is, the exterminator came to the same conclusion many people did back in high school—one that wasn’t so much wrong as unimaginative. “I’m transgender,” I said quietly, carefully considering whether to explain in graphic detail just how gay I was.

“No problem,” he said, which made me bristle before I remembered language barriers and he meant that in a positive way. He began explaining how deep knee-bends and breath exercises could help me visualize equality and combat homophobia. I remained doubtful as to any effects this might have on the man on my street who told me I was lucky he didn’t break my jaw the night before.

“I really need to get breakfast,” I said, hoping I didn’t sound like I was begging. “I’ll be back soon to lock up behind you.”

The exterminator looked vaguely disappointed. “Sure you don’t want to hear a little more before you go?”

No, I thought irritably, I want you to get the vermin out of my walls so I can take my clothes out of garbage bags. “Sorry, I just haven’t eaten yet, so…” I trailed off, opening the door. “I’ll be back soon.”

But I wasn’t. Lost in a fog of eggs and mocha foam, I lingered over breakfast and missed the exterminator’s departure. Upon returning home, I felt a strange pang of regret; though our interaction had confused and alarmed me—who tells a business client that they have a sex addiction?—we’d nonetheless made a connection I don’t think either of us would forget soon. Also, I hadn’t patted him down for vibrators.

So to Mano the exterminator, I say this: bless you and your pseudoscientific, quasi-spiritual deep knee-bends. May you continue bringing unexpected yogic harmony to unsuspecting apartment dwellers across the New York metro area. And when you get a chance, can you take me to a different Pinkwater book? This one is super weird.