It colors the past. 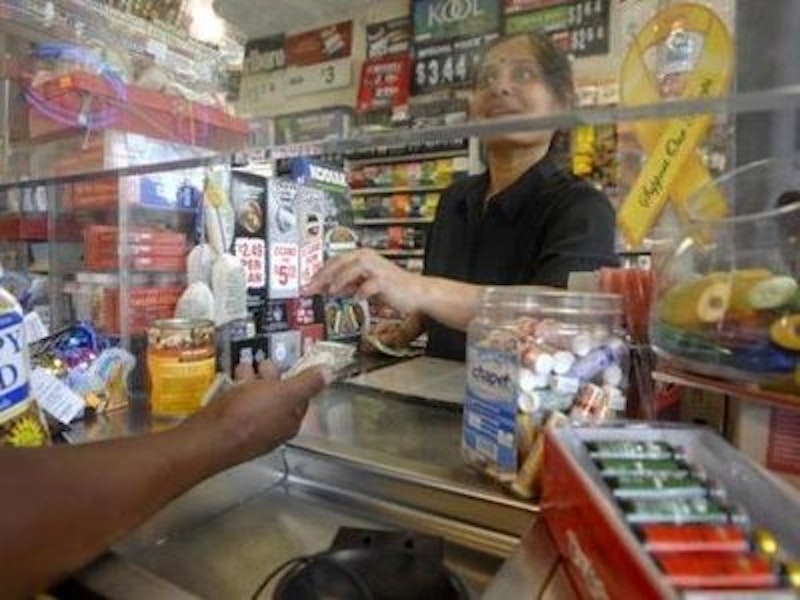 The Smoke Shop situated next door to one of the three pizza joints I frequent here in Lewisburg is hardly the most welcoming place. Customers never linger, small talk is a foreign language, and the clerks have passive-aggressive glowering down to a science. So it was novel, earlier last week, to discover that the Smoke Shop found a means of rendering the already strained experience of shopping there less hospitable. A sign taped to the glass door insists that sunglasses, hoods, ski masks, scarves, and any other thing capable of obscuring one’s face must be removed before customers enter the store.

My hackles rose immediately, and not just because I was wearing a hoodie with its hood down; members of certain religious and ethnic groups would automatically be forced to find other places to shop. Then I thought about it a little more, played Devil’s advocate, considered realities: the Smoke Shack is a work place that’s open all day and deep into the evening, located along a highway, that anyone can enter. I (usually) try to believe in the inherent goodness of everyone, but as the testimony of friends over the years has made clear, working behind the counter of or managing a business serving the public can swiftly disabuse anyone of that notion.

Society’s modern security reflex—we can quibble over its causes and symptoms, but it’s loitering everywhere—colors the past. The places where I first drew paychecks, as a teen, were painfully unprotected: the verdant Villa Julie College campus, the remote Towson Golf & Country Club, the Indian restaurant run by one of my mother’s co-workers. Of course, havoc in those settings seemed so unthinkable as to be nearly laughable. The Caroline County Times-Record office wasn’t any better insulated during the year I spent there as a reporter after college. I distinctly remember indignant telephone calls received in reaction to various stories, and one instance where a local politician stormed in, beet red—speaking his piece, then stalking out, leaving a very shaken 23-year old in his wake. Questions along the lines of “What if any of these people decided to take steel in hand and shoot up the office?” never crossed my mind. Meanwhile, if you wanted to visit the office of our sister paper, The Easton Star-Democrat, you had to have a key, or someone had to buzz you in, suggesting that the parent company’s executives weren’t taking any chances. (I’ll never forget the Managing Editor’s warning: “We don’t know for sure, but the Klan may still be active in Caroline County, so look out.”)

Since then, it’s been a buttoned-up succession of key cards, key codes, eagle-eyed ladies at front desks who had to buzz me in, and alert guards wearing sidearms—newspaper publishers, government contractors, and government offices aren’t gambling. It’s odd to realize that I’ve never really worried that someone would attack a co-worker or a workplace; these possibilities have been fairly low on the list of fears considered during my waking life. Convenience store clerks can’t necessarily say the same, for pretty obvious reasons.

I’m reminded of buying batteries at a grocery store across from the old Blacks In Wax Museum in Baltimore, back in the late-1990s. The cashier was stationed behind a thick, scarred bulletproof shield, and a fellow shamelessly customer-eyed my face and the money in my hand as I prepared to pay. As income inequality spirals further and technological innovation and outsourcing continue to cannibalize jobs, it becomes way too easy to imagine most of America eventually looking—and feeling—a lot like the interior of that Baltimore grocery store.