What Happens When We Die?

Everything transforms into something else. 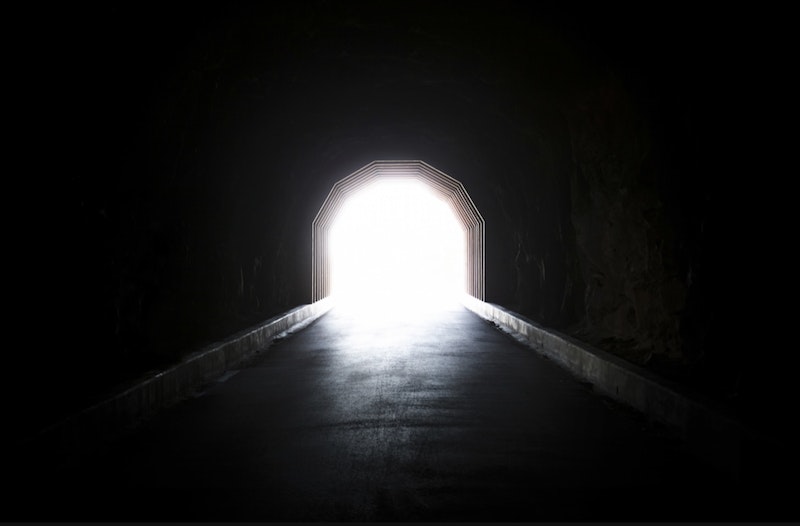 The night before my mom died, she visited me in a dream. She showed me a drawing she’d made in an art class. It was a labyrinthian pattern with multiple twists and turns resembling a journey through a maze. I expressed this to her and she smiled. Around the same time, a light fixture blew in my brother’s home. My mom passed away later that morning.

What happens when we die? The body withers like an old flower, but what happens to the spirit? Where does it go?

The first law of Thermodynamics states that energy can neither be created nor destroyed, only altered in form. A cloud morphs into rain. An acorn becomes an oak tree. An animal carcass decomposes and new plants appear. Nothing in nature is wasted. Everything transforms into something else.

A few months before my father passed away in 2019, he began seeing entities. One night he woke around three a.m.to use the bathroom. He peered into the living room and saw a tall, cloaked figure summoning my father toward him. The figure was surrounded by murky visages resembling people. My dad ignored the vision. On his return to the bedroom, the figures were gone. He was sick with lymphoma at the time, and was convinced the experience was a dream.

People who work with the dying say it’s common for patients to see dead relatives. My mom’s hospice nurse told me “dying patients linger between this world and the next. They see spirits and even communicate with them.”

In a 2015 TED Talk, a hospice doctor from Buffalo named Christopher Kerr shared a video of a dying patient speaking about visitations from long-gone family members. “My mom, dad, uncle, everybody I knew that was dead was there,” the woman said. The woman had been diagnosed with dementia, but her death bed experiences brought her a sense of peace.

Mother Teresa said the most important breath we’ll ever take is our last before we release the body. Our mental and emotional state at this juncture influences the transition from this incarnation to the next. Will we pass in peace? Or will our death be imbued with regret and torment?

The morning of my great grandmother’s death, she rose early to make breakfast for my grandparents. She washed the dishes, cleaned the kitchen and then laid down for a nap. She died peacefully in bed. My grandfather was not so fortunate. He was bedridden in a nursing home, in and out of a coma for weeks. On my last visit with him he said he “felt awful, like he was dying.” His pain and struggle led to a difficult death.

The night he passed away, my mom (his daughter) had a dream. She and my grandfather were in a car sinking to the bottom of a lake. She told my grandfather she loved him, opened the car door and swam to the surface. When she awoke, she saw a swirling cloud of mist and colors in her bedroom. Later that morning, she learned my grandfather died around three a.m., the same time she’d had her dream.

Ecclesiastes 12:7 reads: “Then shall the dust return to the earth as it was; and the spirit shall return to God who gave it.” Judaism, Christianity and Islam all recognize a soul that lives beyond the physical world. Buddhism and Hinduism believe every person has Atman, a soul or spirit, and we’re all engaged in a cycle of death and rebirth.

In a 2014 CBS poll, three out of four respondents believed in life after death and claimed it was possible to receive signs from loved ones after their passing.

A friend told me of when she lost her father, an artist and in his latter years, his favorite subject was horses. The day her father died she took a walk with her mother near their Studio City home. As they passed a country house, a horse appeared from nowhere and walked toward them. They were shocked. This was suburbia, not horse country. They approached the animal and petted the horse’s neck. The horse licked their hands. My friend was convinced her father’s spirit was present in the animal and he was telling them he was okay.

The New Testament recognizes that we can speak with the dead but warns that the Holy Spirit should be our guide, not the spirit of the dead (John 14:26). In the Old Testament, speaking with the dead (necromancy) is viewed as an abomination (Deuteronomy 18:10). It councils that attempts to communicate with dead souls may attract deceiving spirits or demonic energy.

After my father died, I asked God to grant me a dream visitation. Six months later, I had a strange dream. An unknown entity was wearing a plastic mask of my father’s face. I asked the being, “Who are you?” It said, “I’m your dad.” I said, “No, you’re not. I know my dad and you’re not him.” The entity laughed then faded away.

I amended my dream request, praying that God should be the one to determine if a dream visit was appropriate. In February 2021, my father finally appeared in a dream. He had no body hair and he looked like an adult version of a child, but I recognized his essence. I told him, “I’m worried about mom.” He said he was worried too. I asked, “How long does she have?” He said, “Only a few months.”

My mom was ill and staying in a hospital bed in my aunt’s living room. My aunt, who’d not remembered a dream in years, also had a dream involving my dad. In her dream, my father was standing over my mom’s hospital bed looking down at her.

My mom passed away on July 5th. I’m certain my father’s spirit was present. I may not be able to see them or touch them, but I know they’re around. And this brings me a sense of peace.