A Man, a Plan, a Canal, a Neighborhood 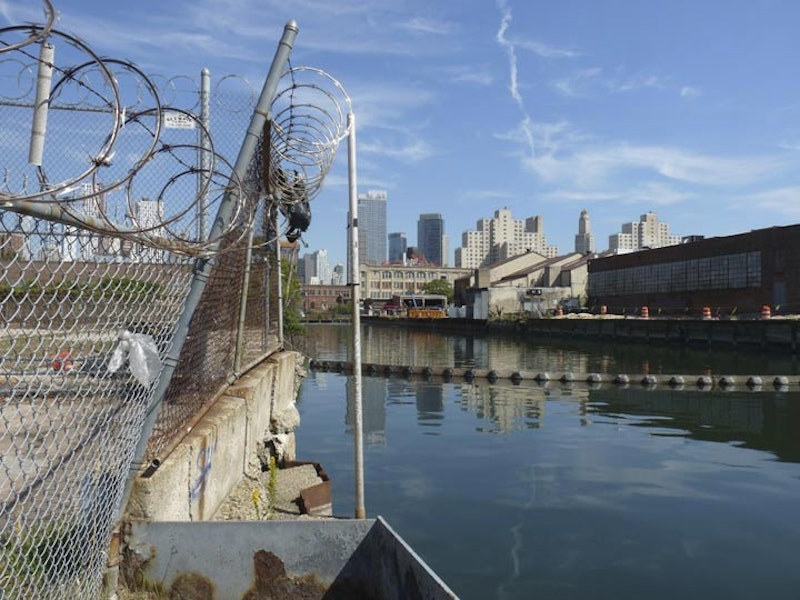 The Gowanus Canal in Brooklyn is old: it was begun in 1849, other accounts say 1855 (finished in the 1860s) by narrowing its predecessor, the Gowanus Creek, into a one-and-a-half-mile long commercial waterway to provide commercial access to Gowanus Bay. Developer Edwin Litchfield formed the Brooklyn Improvement Company for the purpose of dredging the Gowanus Creek, then a fresh stream, and making it navigable. With the creation of the new waterway, barges brought in sandstone from New Jersey that was used to build the beautiful brownstones that today still line the streets of surrounding Boerum Hill and Park Slope.

The surrounding area’s raw sewage would be pumped directly into the canal, and the new gasworks, coal yards and soap factories along the canal’s length also dropped tons of pollutants directly into it. As early as the 1880s the canal was foul and miasmic and its color had changed to a dark Pepto-Bismol shade, prompting locals to call it “Lavender Lake.”

In the 2000s, the flush pump (which was first built in the 1910s) was repaired and the Canal become cleaner, with some wildlife returning to it, but by 2011 the pump was broken again and the Canal had reverted to its fetid state. The pump has been going off and on since then, but the canal is now a Superfund site, so eventually, it’ll be returned to a clean state, though that may take decades. I’ll show you a bit of what you can find along the Canal’s “banks.” 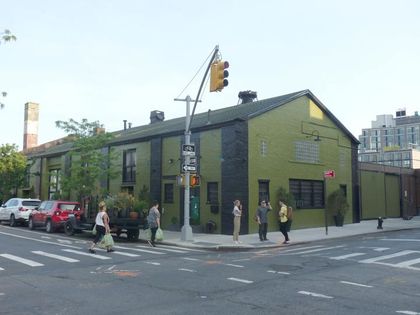 At Bond St. and Union is a lengthy, two-story slope-roofed building painted green, and the small sign on the door simply calls it “The Green Building.” It was built in 1889 (though accounts vary: some say as late as the 1930s) and was a brass foundry until 1987. Its present occupant is as an event space for commercial shoots, films, dance and theater performances, and corporate events. The interior features original brick walls, soaring exposed beam ceilings. 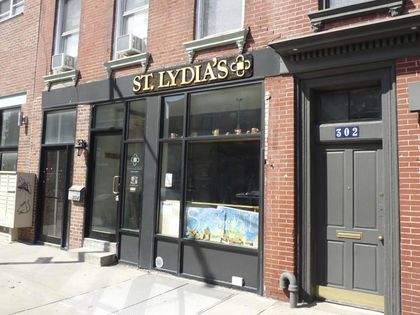 Known as “the hipster church,” St. Lydia’s, the 1000-square-foot congregation at 304 Bond St. is a co-working space for freelancers by day. The regular Sunday and Monday night services, Christian but non-denominational, are staged as dinner parties. There is an actual Catholic Saint Lydia: she was a dyemaker and as mentioned in Acts of the Apostles, St. Paul’s first convert at Philippi. I was also attracted to its woodcut sidewalk sign in the Garamond type font. 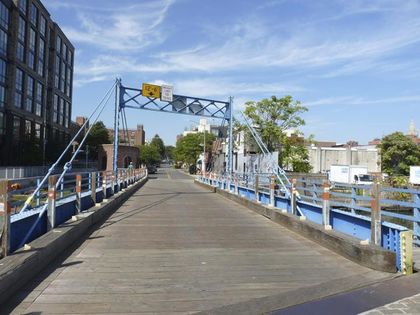 There are only four retractile bridges left in the country and NYC has two of them (the other is the Borden Avenue Bridge in Long Island City). Retractile bridges are connected by wires to rollers set perpendicularly to the span; when the bridge opens it rolls on wheels set on steel railings, somewhat like a trolley.

The Carroll Street Bridge over the rushing Gowanus Canal preserves a couple of archaisms. The sign is a clever Department of Transportation reproduction of a sign that appeared when the bridge was first opened in 1889; it referred to the “drivers” of horses. The bridge is 165 feet in length and is about 35 feet wide. I never tire of walking on, and photographing, this amazing artifact. A hilarious scene in the 1980s film Heaven Help Us features the bridge: kids are trapped on the bridge when it begins to retract. 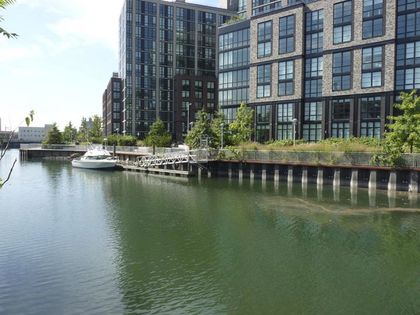 There’s plenty to complain about gentrification. Building luxury and upscale dwellings in struggling neighborhoods bring about the abandonment of lower and middle classes from those neighborhoods—and the businesses that serve them. The opening of the High Line through Chelsea is just one example.

However, the “upscaling” of neighborhoods does have the side benefit of improved public spaces. It doesn’t cost me a penny to visit the new Gowanus Waterfront Park along the west side of the canal between Carroll and 2nd Sts. It was constructed along with the new residential buildings along Bond St. that it abuts. The Gowanus Dredgers Canoe Club is located on 2nd St. at the Park’s edge. 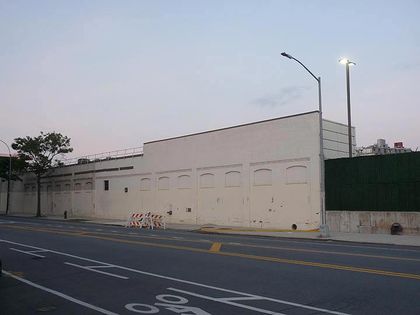 The wall you see here on 3rd Ave. east of 3rd St. is the same wall that baseballs hit by a major-league Brooklyn franchise, and their opponents, went over. This is not Ebbets Field, but the site of Washington Park, where the Brooklyn Superbas, later known as the Trolley Dodgers and then as the Dodgers, played between 1898 and 1912. The property is owned by Con Edison on 3rd Ave., Brooklyn.

The entrance, long since vanished, was at 4th Avenue and 3rd St. In that era, the Dodgers used the nearby Old Gowanus Stone House, built in the late-1600s, as a clubhouse. After the Dodgers vacated Washington Park in 1912 for Ebbets Field in 1913, the Brooklyn Tip Tops of the new Federal League played here for a couple of years until the Federal League folded. The grandstand and field of Washington Park were demolished in 1926. The back of the grandstand is what you see here.

Con Edison quickly snapped up the site and retained the 20-foot high left field wall. This is the oldest section of any former major league ballpark still standing in the country. 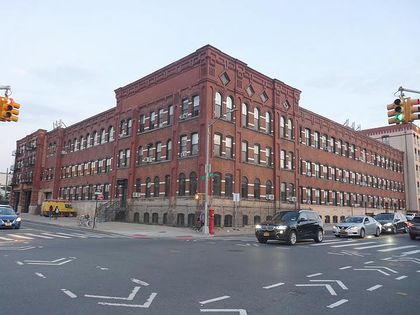 After its 1885 construction the original tenant of this gorgeous brick building at 3rd and 3rd was the Somers Bros. Decorated Tinware Company, but American Can was occupying it by the 1920s. The 5th Street Basin of the Gowanus Canal is situated in the back of the building and it’s likely that both companies utilized the canal to ship and bring in materials.

The building is currently occupied by small businesses but its most intriguing use in recent years has happened on its roof, where the Rooftop Films series used it as a venue, at least before the pandemic hit. Of special note are the diamond-shaped windows on the top floor of the 3rd Ave. side. 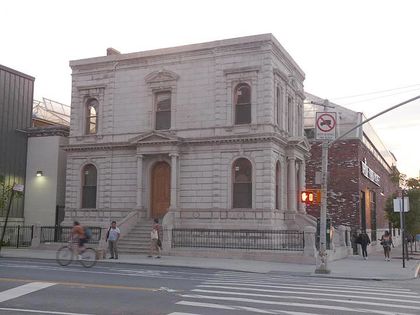 This Beaux-Arts building on the SW corner of 3rd and 3rd, in a corner of the Whole Foods complex, housed the offices of the Brooklyn Improvement Company. It was in ruins for many years, but oddly, the top-to-bottom renovation it received is unsatisfactory compared to what it looked like in its classic era, when its red stonework was exposed.