Better to be Jackie Mason than some knife-wielding meshuggener. 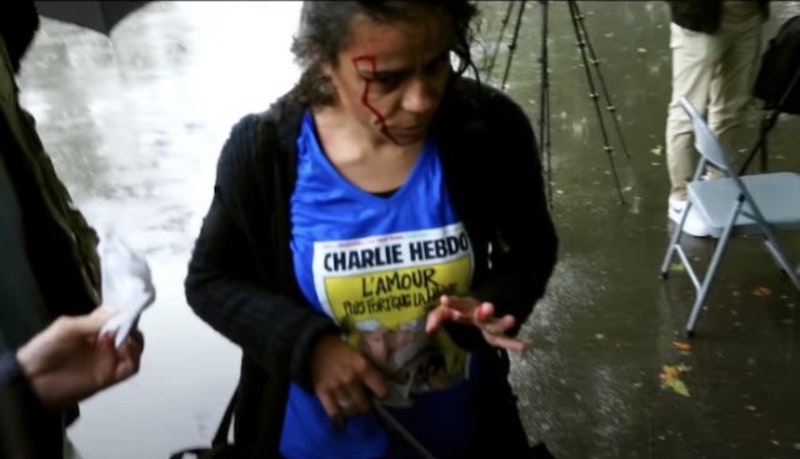 I didn’t grow up thinking of comedians from New York’s Borscht Belt and Christian speakers in London’s Hyde Park as interchangeable, but when old age claims comedian Jackie Mason and the next day a likely-Muslim would-be assassin stabs Christian convert Hatun Tash, you notice patterns. I don’t mean that God must be Muslim and thus killed Jackie Mason.

I mean that comedians, whether offensive or not, and Hyde Park speakers, whether offensive or not, are obviously better off alive and talking than dead and silenced—better for all of us. This once obvious truth is worth restating not only because censorship (admittedly by varying means, some governmental and some merely private) is lately en vogue again but because the impulse to censor is eliminationist by definition, and that’s dangerous.

What is censorship, however righteous and however artfully administered, if not the desire to erase the speaker? How can we act surprised when that impulse routinely spills over into violence? Being an enthusiast of the new censorship and acting startled that political anger or violence still sometimes flare up is like being a kidnapper who gets offended if he keeps having to wrestle with the captives to make them shut up. Dammit, why won’t they just cooperate?

I exaggerate slightly when I say stand-up comedy and Hyde Park weren’t linked in my mind, at least on a subconscious level, when I was a kid. I took it for granted back then, in a late-20th century now fading like a lost dream, both that New York City-inflected comedy, with an admirable and gruff frankness, would echo in many things I loved and that Enlightenment-era principles of free speech could yield environments as pleasant and civil as a sculpted Victorian garden visited by philosophers, not just a street corner on the verge of degenerating into a fistfight.

I visited both New York City and Hyde Park as a New England teenager, and it all seemed part of one fairly harmonious civilization in my mind at the time. Remember? Something has gotten uglier.

It started well before Trump was elected, too. When the aforementioned Hatun Tash was stabbed (perhaps by the same onlooker seen in this earlier video), she was wearing a t-shirt advertising Charlie Hebdo, the French satirical magazine whose offices you may recall being shot up, with part of its staff killed, a few months prior to the Trump election. And even then, before liberals had the excuse of being driven mad by four years of Trump’s trolling and goading, there were many (including at least one ex-libertarian) who felt the need, even after a massacre, to say: Charlie Hebdo may not have deserved murder, but…

Even to treat these things—offensive speech and murder—as if they are items that must be weighed against each other in a tricky utilitarian calculus is a sociopathic step down a road to both totalitarianism and the breakdown of social order (these things tending to go together, despite what you’ve been told). What a clear confession of not understanding free speech (and I say that as a utilitarian—some rules lose their value quickly if violated). Too, what a clear confession stabbing someone is of not understanding how to debate—or how to get the most out of living in a society as free as England still is.

The great shift now underway toward treating all of these issues as a subset of technology maintenance may prove a dangerous one that naturally inclines otherwise tolerant people toward the sort of tradeoffs-oriented thinking I describe above—great for economics-in-general, not so great for a legal or moral rule that should be absolute.

As reports mount of the tech companies collaborating on banning/etiquette rules—one might less charitably say colluding on censorship plans—we should remember that for all their cleverness, one of them, Twitter, just the other day gave a coveted blue checkmark, meant to indicate authenticity, to a fake Cormac McCarthy account, which left out the a in “McCarthy” and bore the much-noted bio summary “My publicist insists this is a worthwhile use of my remaining time.” This suggests blue checkmarks mean about as much as Snopes’ and Politifacts’ seals of journalistic veracity.

I’m not saying that proves the Twitter people are stupid (and they can set their own rules). But they’re busy, busy people. These can’t be the people we expect to handle all the nuance in the culture, and competent censorship would require an awful lot of nuance. Better not to try, I’m thinking.

Be the speaker, not the stabber, obviously. But more subtly: be the speaker, not the censor, for crying out loud. Create instead of destroying, even if you think you’re destroying something offensive. The simple-minded are drawn to what the left calls “direct action,” which often means violent action, and they fancy themselves more alive because of it.You know they do. They feel the thrill of the vandal and the referee at the same time, convincing themselves they’re both rebel and stern parent. But whether wielding a knife or a keyboard, people who enjoy censoring are behaving more like angry wild animals than revolutionaries or legitimate authorities. And dumb animals don’t talk.