The morning nurse found her. 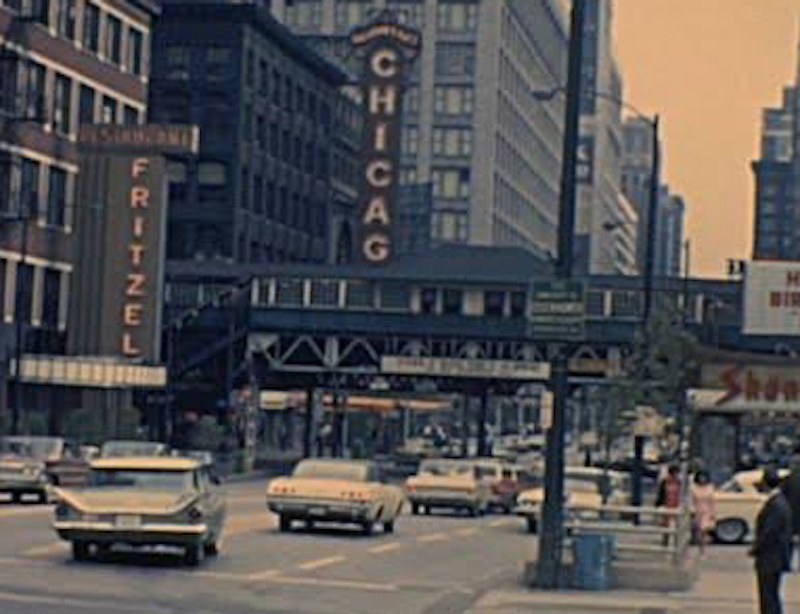 I woke a second time, and now my hospital room was awash in sunlight. I couldn't really move, so I was grateful when a nurse entered. "Omigosh! You're awake! I'll send the doctor in!" And she was gone.

I don't know how long I waited for the doctor. An hour? A minute? Three seconds? A week? I was groggy, all was foggy.

"Well, how are we doing, young fella!"

"You tell me. What happened? I can't remember very much..."

"You were stabbed, twice! It seems with a paring knife. You know, the sort of thing used to, say, peel an apple. Lucky for you! A bigger knife? It's almost certain you'd be a goner! As it is, the left side of you is paralyzed." I tried to move my left arm. And my left leg. He was accurate.

"We'll do what we can, but this may be normal from here on in, son. No use in being a crybaby about it. Get some rest, and when you're ready, we'll see what therapy can accomplish. Stiff upper lip, and all that razzmatazz!" The room was empty again. I dozed. When I woke there was Darla, her teary face swimming before me.

I said, "I don't understand it. How did someone get on the beach? Beachwood is fenced off."

"The police believe the attacker used a boat. And almost certainly knew you! But who would want to knife you? It makes me furious!"

"I dunno. I've never hurt a fly! I seem to recall a female figure, but that makes no sense. Gals love me!"

"And a paring knife? Was that some sort of message?"

Greg Hood's Lincoln rolled into the driveway. He stepped out, a dozen yellow roses in hand, ready to take Placid to dinner at Ye Carriage House, and to meet Placid's folks. The usually unflappable gent felt a twinge of nerves. He knew that Zeke and Marjorie Kane would be a tough duo to impress, especially after their Roger Kane experience. He took a deep breath and pressed the door chime.

Johannes Bok paused at the stop sign, the quiet shady corner of the aptly named streets, Elm and Maple. He looked both ways and was about to proceed, when the jalopy whipped around a corner and careened into his Jaguar, knocking out the left headlight and fender. The hood popped up. The drunken teens didn't stop, only slowed for a second before hitting the gas, screeching away, gone in a blink. Furious, Johannes hopped out to examine the damage when another car, a creaky black Studebaker piloted by a spinster, plowed into the rear of his car. The trunk popped open. "Oh, dearie me! I am so sorry! I meant to step on the brake, not the gas pedal. Oh..."

Apoplectic, Johannes was beyond speech when the heart attack struck. He clawed his chest both hands and keeled over, dead. The spinster, Miss Barbara Larkin, witnessed this and said, "Oh, me! Oh, my! What to do? I am at a loss!"

At Prentice Hill, Audrey was back in her room and had 24-hour care. She was miserable, very out of sorts. It was something beyond being paralyzed. It was something she couldn't put her finger on. She felt as if she'd been violated. She was snippy and snappish with the help, and even with Alexis, dear Alexis. Then she came to the realization that, somehow, she was pregnant. "But that's impossible," said Alexis. "You've been in the hospital all this time!"

"I know, dammit! But I was doped every night! Someone could've had their way with me! Dammit! Oh, dammit all to hell!"

"Well, we can take care of this. In Chicago."

It was in a Chicago hotel room that the deed was done. For a few days all seemed well enough after returning to Prentice Hill. Audrey rested, slept. She seriously considered physical therapy to try and regain some of her abilities. Thinking positively beat moping, even a chimera of hope can lift a spirit. And who knows? Nothing ventured, nothing gained. Walking with crutches was better than total paralysis. But late one night she woke to find herself hemorrhaging. She tried to call for help, but was too weak. The morning nurse found her.

Greg and Placid dined as cocktail music was piped in, a vibraphone, acoustic bass, brushes on the drums, romantic stuff weaving its charms.

"My folks liked you! You made a good impression," said Placid with a winsome smile.

"Phew! Good to hear." Within a year Greg and Placid would marry. Greg had been a stockbroker and had vowed to quit once he became a millionaire. Then he took a year to drive around the Continental 48 until he found a small town that spoke to him. Raised an itinerant army brat, he craved roots, small town ways.

The wedding of Greg and Placid was a small affair, at her parents' home, officiated by Zeke, on a bright sunny Saturday in June. He proved to be a good husband. And a good father to Anne and Luke, as well as three more new ones.

Lolly returned home from the funeral of Johannes. Almost no one attended, just the minister, Mrs. Olsted and hubby Stosh, and Lolly's sister and brother. No beatniks were invited, not that they would've been keen to. The ceremony went smoothly and now here she was, a young widow, no kids, with a plush pillow to rest on. After a respectful time, she'd re-enter life in Prentice. Volunteer work could get her in the swim of things, especially board work, the hospital might be best. It's hardly too late to land another doctor!

Alexis thought of Roger Kane. He came, he saw, he created havoc, he took a powder. "I had him pegged as a loser." She thought of Audrey's death, sighed and lit a cigarette. Her thoughts roamed. She shuddered thinking that, for a brief time, she'd considered Roger Kane as a possible mate, even broke form and pursued him. Ugh. But she'd intuited something about him, realized early on that he had her number, would be able to manipulate her. So she nipped the notion of a romance in the bud.

Alexis handled the settling of Audrey's property, and had her cousin buried in the small family plot.

Crickets, harbingers of autumn, made their presence felt in late-August. September cooled the night air, then had its warm spell, followed by a chilly October. Late in October, on a quiet Sunday afternoon, Alexis sat on her front porch, in one of the wicker chairs, moccasin-clad feet resting on the white railing. With a hot toddy and her thoughts, she snuggled into her thick sweater, thought back to being a kid, and thought forward, contemplating old age, and ultimately, the family cemetery. The view from the porch was lawn leading down to the road, then the woods: an explosion of orange and red and yellow. Soon it would be Christmas. Then it would be 1966. Then another year, and another. She downed the last of her drink, went inside, got a fire going, then went into the kitchen to make dinner for one. The house was very empty, almost echoey. To fill a void she turned on the radio as she peeled apples.