But I’m of two minds about the Magyars. 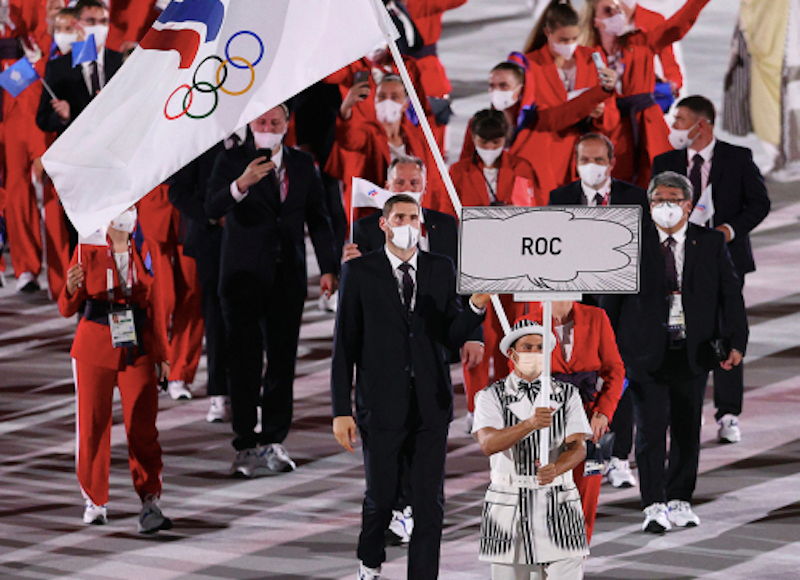 The miserable ratings for the Olympics, down there in the sub-basement with the ratings for the Emmys, the Oscars, and the like, are yet more testimony to the end of a common culture here in the United States. No longer do there exist spectacles that can command our communal attention. There’s no more majority! We’re all caught up in our own little narcissisms; we don’t look beyond ourselves; we couldn’t care less.

I doubt that even one of the great media events of my adolescence, the moon landing, would make a splash these days. Nor can I imagine that the Oscar ceremony as a televised network event will outlive me, and I’m almost 70. I wonder if the Olympic Games will make it to the end of this century, at least as anything more than a niche entertainment, somewhat like pea-gravel racing.

Not that the Tokyo festival hasn’t brought joy to our little religious community out here in the country. The performance of the Russian athletes has been thrilling, especially given the abuse to which the International Olympic Committee has submitted the team. The doping scandal that kept the Russians officially out of the Olympics this year—the Russian athletes are supposedly there as a group of essentially free contractors, representing no country and banned from flying their flag and playing their anthem—was a frame-up, ultimately the work of a filmmaker whose ambition was matched only by his anti-Russian malice.

No matter. The Russian athletes have triumphed nonetheless, behind only China and the U.S. in the medal count. Athletes from other countries have been whining about the success of the Russian “cheaters,” who, they claim, shouldn’t even be in Tokyo. But those of us who love the Russian Idea are delighted as the Kremlin continues its centuries-long project of sticking a thumb in the eye of a pompous and decadent West.

Glorious Russian defiance! It’s what kept those of us who reject communism nonetheless rooting for Russian victories throughout the Cold War, cheering on Stalin, Khrushchev, Brezhnev, and Andropov as they gleefully defied the pieties and strictures of Washington and the subject states groaning under Washington’s yoke.

It’s on account of Russia, by the way, that I’m of two minds about the current fascination with Hungary on the new American Right, a fascination evidenced most obviously by Tucker Carlson’s recent visit to the country.

On the one hand, the Orban government is also a nice finger in the eye of the liberal West. On the other hand, my Russian Orthodox sensibility can’t quite “get past” the events of 1956—that explosion, in Budapest, of a violent Magyar anti-Russianism. The Budapest Uprising was the first of Eastern Europe’s “color revolutions,” orchestrated out of NATO cells in Vienna and underwritten by a CIA under the influence of ex-Nazi Hungarian emigres. I want to like Hungary, but 1956, with its feral Magyar crowds hurling hateful insults as Soviet military hardware rattled splendidly over the Buda cobbles, makes it hard.

Budapest is a fine city, though. On a long-ago trip there once I had an excellent venison stew seasoned with paprika and accompanied by a glass of local lager and a helping of those dumplings known as nokedli, and was well-satisfied. (That was when I was still “chasing girls,” and Hungary in its impoverished post-communist state offered “easy pickings.”)