What Criminals Are, and What They’re Not

All fucked up, innit? 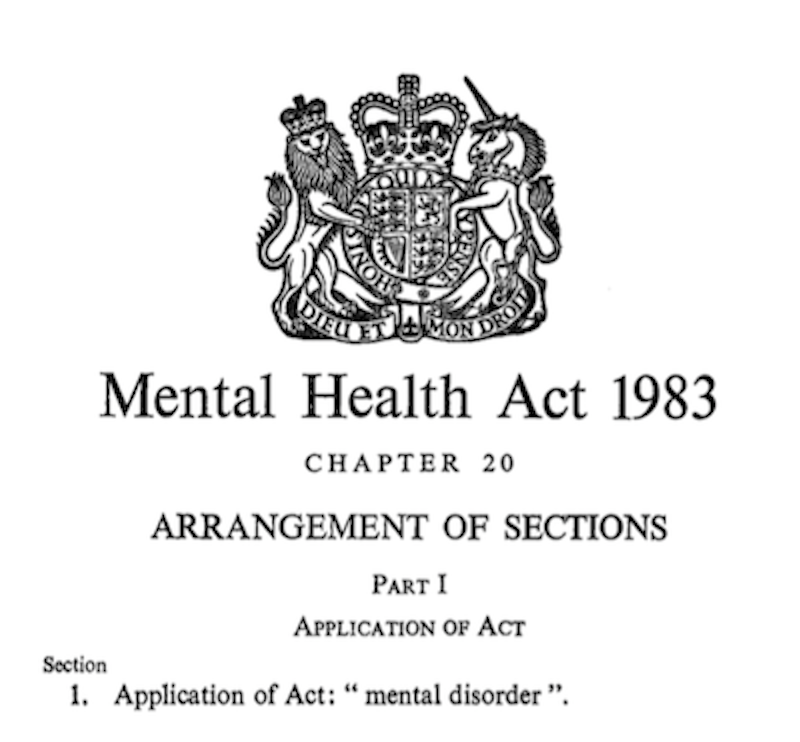 Ever since I was first sectioned in 2002 under the Mental Health Act of 1983, I’ve been part of the criminal world. It began gradually. Like all potential criminals, I had very low-self esteem (really the root of all anti-establishment behavior) and actively sought out drugs from a young age. I thought it was because I wanted to confront the deeper realities of life: in actuality, like all addicts, it was just easier to bear than reality. The more you sink into drugs, the more criminals you’ll meet, especially if you make the catastrophic error of addiction to cocaine, crack or heroin.

Unlike every criminal I’ve ever met, I don’t have a history of violent or sexual offenses, and have never sold drugs. Crime begins with self-pity, and either an inability to understand that other people have feelings, or a degenerate desire to avenge some petty wrong in their life on anybody who is innocent, or, typically, physically beautiful. I’ve never met a good-looking criminal who’d done time. Something about the hell of prison does horrible things to your physical health and attractiveness.

The first confirmed murderer I met was in the Tarn Secure Unit in Woolwich. At first, a mentally ill criminal wanted to murder me. The staff in the unit (who didn’t yet trust me) were going to let him do it. Luckily, he clearly fancied me, as they all seem to at some point, so I managed to find common ground. My enduring image of him was his sexual arousal, excitement and the thought of a depot injection of psychiatric medication (injected in the butt) sounded like “heaven.”

As I’m now convinced, after years of forensic study of psychopathy, heavy psychiatric medication is the only thing that can neutralize the rage and confusion that inspires every criminal rape and murder. An injection of Haloperidol, for example, will suppress the unbearable lust, and also prevent ejaculation. These medications have dangerous side effects, including (but not limited to) lockjaw, facial tics, tremors, uncontrollable shakes, and massive weight gain. If you’ve been assessed as having a serious mental condition, the psychiatrist, may feel it’s in your best interest to take this medication, and it can be administered involuntarily.

Yesterday, in the undisclosed location where I live, a funny thing happened. As I walked out of my flat, I was approached by a tall, mean-looking guy. “Where’s the magistrate’s court?” he asked, before quickly saying: “Oh yeah, it’s just up there,” and walked away. What mentally ill criminals don’t understand at the moment is I assess them forensically as soon as I see them, and it was his complacency that made me walk over to magistrate’s court where he was watching me angrily and nervously with his friend/boyfriend as they waited to go into court.

I smiled at him, stared into his eyes, and sang along to “Cheap Thrills” by Sia and did a little mocking dance, before carefully continuing reading on my Kindle calmly in front of the court. While it’s been safe so far, this is the first direct provocation from London criminals that shows they know where I live. I’m sure the judge was informed of his behavior, and one can only assume it affected the length of his sentence. From that point on, we were all expecting more, and soon enough, I was approached in a nearby park by two youths while I was sitting in the sun with my care worker.

They knew who I was, and the younger one looked concerned from the get-go, especially because he was about 18 and had no idea that despite a youthful appearance, I’m a 35-year-old professional writer. The other one told me he’d been to Feltham.

“Oh, one of my friends stabbed some yout in the face, innit.”

“Oh but not you? Your friend did it yeah? Is the boy okay? How did his mother feel?”

“Do you know that a lot of crack dealers often die from resisting arrest in police custody?” I asked. “You know, they swallow 30 crack rocks to hide the evidence, and this combined with the Mace sprayed in their eyes, innit. Happens more often than you’d think. And do you know, if you have a smartphone, it can be traced at any time, and all calls and texts and that innit, well it can be heard so my best advice to the cocaine dealers in the area, I dunno man, stop, innit? Get a job.”