A Trip to Magnificent Istanbul 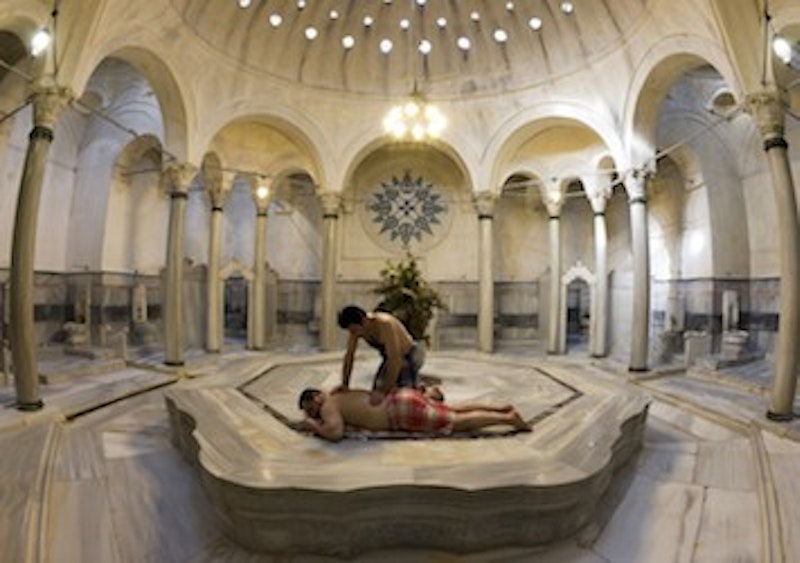 Summer is the season of travel (notwithstanding that my last trip outside the United States, to Russia, took place in the mid-winter of 2016)—and so it’s appropriate that I’ll be heading in August for a tour of Istanbul. It’ll be my first trip to the former Constantinople. I am, so to speak, sailing to Byzantium, to quote a certain radical Irish Republican poet.

Father Nicodemus, the wonderfully bearded and lusty Russian immigrant priest of our little Orthodox mission church here in Indiana, has organized the trip, which will include a half-dozen other men and women from our local community of faith, some Russian like Nicodemus, some not. The goal will be to immerse ourselves in the culture of that fantastical city. Though we’ll visit the Topkaki Palace, the Blue Mosque, and the other monuments of the Mohammedanism that’s been regnant in the city since the Ottoman invasion of 1453, we’ll also examine its Christian past. And, indeed, its Christian present—Father Nicodemus has arranged for us to have an audience with Ecumenical Patriarch of Constantinople, Bartholomew I. What an honor!

We’ll stay in unpretentious, reasonably-priced accommodations in Sultanahmet, the old city. Certain among our group felt it would be more interesting to reside in a neighborhood called Taksim, supposedly a less “touristy” part of the city. But Nicodemus and I overruled them. I’d frankly prefer to stay in Sultanahmet because it contains the bulk of the historical attractions that interest me—not only the sites that I listed above, but also the Hippodrome and the Basilica Cistern. Then, too, Nicodemus— who, like Russians tend to do, visited nearby Istanbul regularly during the years he lived in his native country—assured me that Sultanahmet was the home of several classic old-style Turkish bathhouses.

“Ivan, my friend [Nicodemus does me the honor of calling me by the Russian version of my given name], cultural enrichment awaits you. You have no such baths in America. Not even in Russia do we have such splendid baths. One undresses in a wooden compartment, making of one’s towel a sort of girdle around one’s sack; and there, in that cabin, Ivanchik, we will be alone, together. After the girding of our loins, Ivan, you will re-fasten the straps of my sandals. I will re-fasten the straps of yours.

“We will then proceed to the main bath chamber. The ceiling is high, vaulted. In alcoves around the perimeter of the chamber waters spew from spigots onto the smooth bellies of washing boys, sleek like otters. But at first, at least, we’ll avoid these alcoves, and these boys.

“No, Ivan, instead we’ll mount to the round platform that dominates the middle of the room, its marble grooved to facilitate the outwash of water, soap, massage oils, and, I imagine, the occasional load of semen; lounging on that platform, we’ll await the approach of the masseurs. Because we will pay the extra Turkish lire for a bracing rubdown—oh, we will. Don’t worry, I’ll cover the cost. These masseurs, by the way, are stout gentlemen, not necessarily young. They’ve by now achieved that fine, meaty density of early middle age. I’m speaking of thighs, Ivanchik, thighs. I recall that one gentleman particularly skilled in the kneading of flesh was a fine Greco-Roman wrestler in the wonderful Summer Olympics in the city of Barcelona, in the year 1992.”

Well—between forays to Istanbul’s landmarks, our visit to His Most Divine All-Holiness the Archbishop of Constantinople and the New Rome, Ecumenical Patriarch Bartholomew I, and our explorations of the pleasures of the Turkish hammam, this will be a busy trip. As always in summer, packing will be simple: an extra pair of khaki shorts for contingencies, wool socks to wear under my sandals if the wind up the Bosporus grows chilly, and my beard trimmer. As for “dainty items,” Nicodemus informs me that I can purchase well-fitting Lebanese mesh briefs for a reasonable price in the street markets near Gezi Park.

We should be home just after Labor Day, in time for the plum harvest and Mother’s slaughter of the pigs.