Stories of Our Ancestors

Family is an idea. 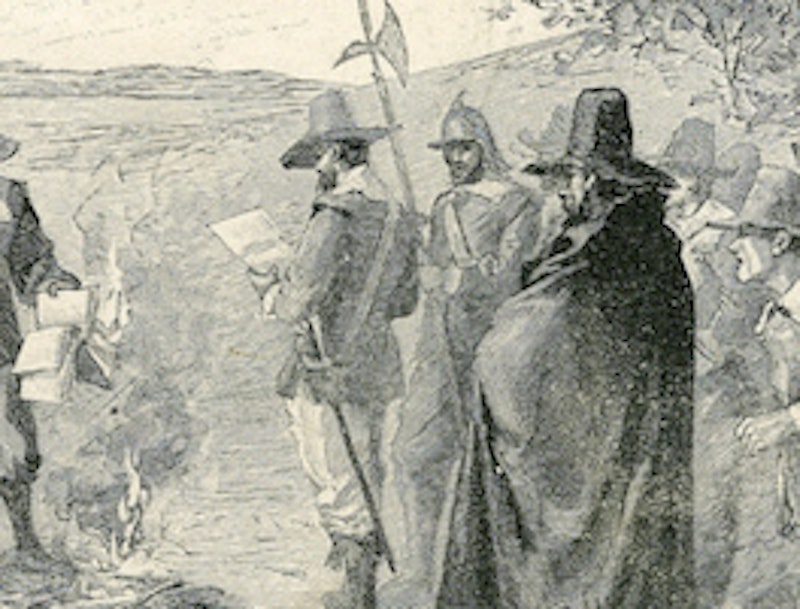 Not long ago my brother had a walk with a cousin he’d never met. The cousin found him through the family tree my brother’s put together on Ancestry.com, and, being in town for the weekend, got in touch with him for a visit. The cousin had a story: an absent father never-known, a connection with the father’s family after his death, the discovery of letters the father never sent in life. Now the cousin’s trying to learn about that side of his family. And, this all being at a remove from us—we share a single great-grandparent with the cousin—we never knew any of it.

This isn’t atypical of my brother’s genealogical researches. He’s found fascinating stories about people related to us, or the pieces of fascinating stories: a fact here and a fact there that don’t so much illuminate a life as hint at its outlines, like a flicker of fire on a cloudy night showing the dimensions of a shadowed statue or monument. But so many of these stories feel distant from me. These unimaginable lives of our relatives feel unrelated.

For example, thanks to my brother I’ve found out we’re fairly directly descended from the 17th-century founder of Springfield, Massachusetts, William Pynchon, writer of what has been called the first book to be banned in the New World (presumably the first book to be specifically banned by a New World authority, rather than the books placed on the Index Librorum Prohibitorum). By extension, I’m also a distant cousin of William’s descendant Thomas. That’s interesting, but then according to some researchers, everyone on Earth is at least a 50th cousin of everyone else.

William Pynchon’s life is relatively well-recorded. As a contrast, you can look at an ancestor of mine who married one of Pynchon’s descendants, a man named David Hill or Karonghyontye. A Mohawk chief in the 18th century, there’s an image of him in a painting by Benjamin West called Colonel Guy Johnson and Karonghyontye (Captain David Hill). And yet finding out information about him is surprisingly difficult. He lived in a complicated time, when alliances were shifting among the Mohawks, the British, and the Americans. What was it like living at that time, being in the middle of those negotiations? I don’t know. No stories about him came down to us; I remember my grandmother telling me that we had an ancestor who was a First Nations chief, but I’d always assumed that was the typical tale of a settler family who’d been in North America for a few generations.

If someone that historically significant leaves few traces in the written records, what of less famous figures? Sometimes we only have hints about a person or a family relationship. There’s a great-great-great-grandfather of ours named James Black who was born in 1827 and worked in the Montreal neighborhood of Pointe-Saint-Charles for the Grand Trunk Railroad as a boilermaker and inspector. My brother’s found an 1872 newspaper piece about a James Black from Pointe-Saint-Charles leading the movement for the nine-hour day. Is that the same person? The daughter of the Black related to us married a man named W.D. Robb by 1872; Robb also worked for the Grand Trunk, and rose to become a vice-president. If the two Blacks were the same, what were family dinners like, with the VP and the father-in-law who’d struggled for worker’s rights at the same table?

We don’t know, and if there’s little that we can know for sure from documents we can trust, what about ones that seem to be deliberately incomplete? We know we have a great-great-grandmother named Sophia Leclair, who lived in Moose Creek, Ontario, between the 1850s and 1870s. We know she had a daughter named Esther Harriet Virginia Beauchamp, and we know that a couple of decades later when Esther got married the surname of the father listed on her marriage certificate was Beauchamp, the first name illegible except for the initial A. We know from old maps that five plots along from the Leclair farm in Moose Creek in the 1870s was a Beauchamp farm, and that there was an Avarice (or Evariste; spellings vary) Beauchamp who was about Sophia’s age. But there’s no marriage certificate for Sophia and Avarice. Was he even really the father, or somebody whose name Sophia told her daughter?

Sophia’s last recorded presence in Moose Creek was in 1871, when the census recorded her living with a one-year-old named Virginia Leclair. In 1878 there’s a record in Winnipeg of the death the infant daughter of Sophia Leclair. Had she had the second child there, or in Moose Creek? We don’t know. Did she leave because of that? Was she married to the father of either child? Was she estranged from her Moose Creek family for her pregnancy, or for any other reason? We don’t know any of this. Directories in Winnipeg in the 1880s list Sophia Leclair as a widow, though no marriage certificate has turned up; it may exist in the public library of Cornwall, Ontario, which is the current resting place of the records from the Moose Creek church. Without it, there’s a piece of the story missing. And more pieces are missing beyond that, some perhaps irretrievably.

One of the Winnipeg directories refers to Sophia’s daughter, the former Virginia Leclair, as “Miss Hattie,” and it was in Winnipeg that she married James Morey Bouch in 1893. The Bouches seem to have always known her as “Henriette.” The birthplace listed on her death certificate in 1930 is wrong. The story that came down to us about her was that she was from France, who moved across the Atlantic to Quebec and then went on to Winnipeg; that’s clearly not true. At least one person has reinvented her past, and looking back from more than a century on it’s almost impossible now to know what’s true and what’s self-made myth.

Add it all up: my brother’s found the pieces of some fascinating stories about people who happen to be related to us in our direct lineage. And yet we don’t know what those stories were, not entirely. Some have been misremembered, some were never recorded, and at least one seems to have been deliberately occluded. These are stories that have a direct bearing on their times. But not on ours.

Every person in the family tree my brother’s established had some kind of life shaped by meaningful choices: to marry, have children, cross an ocean, become a Christian, write a book or work on a railroad. Much of what those choices were, what they meant, has become lost in time. And there’s no special knowledge given to us their descendants, no special insight into how those choices felt. Like anyone researching or learning history, we are thrown back on empathy and imagination. Powerful tools, but not limited to any genetic line.

It’s impossible to know what these people of the past would think of us in the present, but it’s difficult not to try to imagine anyway. Almost certainly they’d be disappointed, in some way, as this future that has resulted in this present moment is unlikely to be one they would have dreamed of. We, making our way in this time, live in a foreign country to them, as they lived in a foreign land to us.

They might wonder how we negotiate our lives in late-period capitalism, ignorant of Christianity or the day-to-day natural world of climate and season, as we wonder how they could have lived their lives in apparent ignorance of the social and ideological systems of capitalism and white supremacy. But then so far as I can tell imagining the world as an outgrowth of systems and mechanisms was not so common until at least the 19th century. Even the way in which we think about the past is shaped by the present; it may be more accurate, but it doesn’t necessarily give us easier access to the heads of our ancestors. There’s a gulf in our understanding.

Family is an idea. It’s a powerful idea that can draw together people constructing stories for themselves: like my cousin. It’s an idea that has meaning. But as time passes, that meaning becomes, if not more dilute, certainly more distant. To base one’s self-image on an idealized image of one’s family tree is to base one’s self-image on self-constructed illusion. We are merely made out of bits of our ancestors: out of their DNA, which few of them would have understood without an explanation.

It’s my experience that the more I have learned about my ancestors, the stranger they have come to seem, and the more distant. I am no more or less made up of these people now that I know about them. Genetically they’re a part of me. But our genes don’t tell the whole of our stories. Not even the stories in our families’ histories tell the whole of our stories. We may choose which of those stories become a part of us; and society may force us to acknowledge others. But in the end we know less of our ancestors than we think. We are, ultimately, thrown back on ourselves, and on the times around us.