It’s all over, folks. The mob is dead. 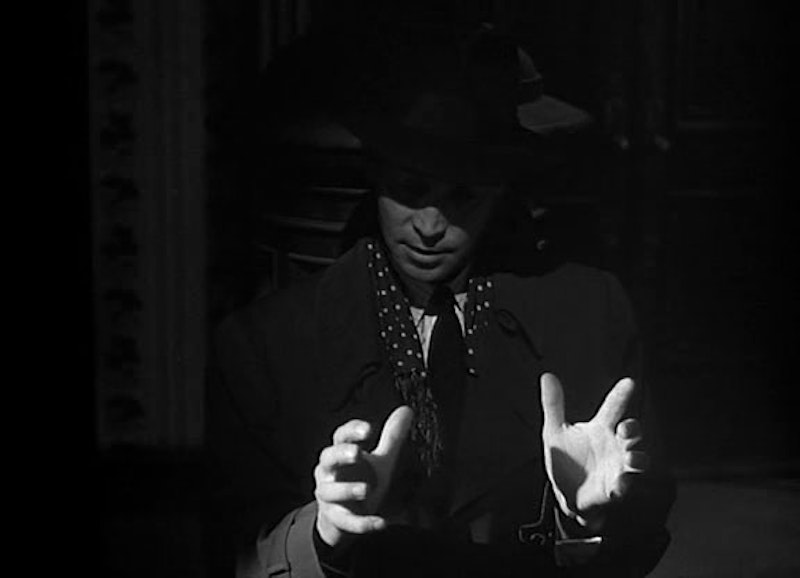 “I should’ve known,” the Chief said, sounding a little remiss.

“Then why didn’t ya?” Chaser wondered in his trademark thunderous baritone.

“Doesn’t matter,” the Chief shrugged. “You know what I gotta do.”

Chaser smirked. “Only question is: Can you do it?”

“Chaser, you know you and I go way back,” the Chief said as tersely as ever. “You’re almost like a son to me. The son I never had.”

“Don’t you have four or five kids?” Chaser asked.

The Chief shrugged and nibbled on a couple of unfiltered cigarettes. “Oh, who the hell knows?” he wondered. After finishing off the cigarettes he said, “The point is that I don’t want to see you dead.”

Chaser shrugged, too. “That makes one of us, Chief.”

The Chief shook his head. “You admit it, then? That this… this beetle-headed quest to… to ‘take down the mob’ is part of your death wish, then?”

Chaser took a long “pull” from his Black Death cigarette. He flicked a bit of ash into the otherwise empty ashtray. The Chief scooped the ash up with the tip of his index finger and licked it clean, his eyes still fixed on Chaser as he awaited a response. Chaser shook his head.

“I’ll take down the mob, alright,” Chaser said, cutting the Chief off in so doing. “I’ll kill every single one of those sons-of-bitches,” he explained, pausing afterward to light a second Black Death cigarette, which he started smoking through his right nostril. This while still smoking the first cigarette through his mouth! He fixed his dead cold killer’s eyes on the Chief. “Then I’ll sleep awhile.”

“K-Mart,” Chaser answered tersely. He put the first cigarette out in his hand and snorted the second up his nose. “It all went wrong at that fuckin’ K-Mart. How could I have known there was sales tax on that Little Caesar’s pizza pie? The promotional sign said $5, after all. But that’s the last time I pay a bill with anything but exact change.”

Jack Chaser stumbled into the phone booth with whiskey dripping from his mouth. He pulled the bag down on the bottle a bit and splashed some more on his tongue. He smiled a dead cold down and out drunken grin. After a hiccup and inadvertent smashing of his face into the side of the booth, he picked up the phone and dialed a number he could’ve dialed in his sleep and probably had many times before—but how would he know? He was asleep, after all.

“Yeah?” the Chief barked tersely. He was chewing on something. Cigarettes, maybe. Tough guys like him did stuff like that.

“Those cancer sticks you gnaw on…” Chaser paused to burp and fall to the ground. “They’ll kill ya, Ch… Chief.”

“Chaser?” the Chief asked with more concern than he usually showed for anything save the sports page. “Chaser, is that you?”

Chaser smiled and took a long pull from the bottle of Jack. He then lit a Black Death cigarette.

“Chaser, talk to me, goddamn it!” the Chief shouted, now quite worried. He popped a few handfuls of pipe tobacco into his mouth to calm his nerves.

“It’s me, Chief,” Chaser answered. “Jack Chaser,” he said, sounding a bit disgusted with his own name. “Detective Death.” He spat and poured some whiskey into his hand and then snorted it up his nose and laughed. “Know who I am? Do you know me? This is Jack,” he burped and smashed through the phone booth with one of his steel-toed work boots, cutting his leg to shreds in the process. “Jack fuckin’ Chaser.”

“Chaser, what in God’s name is wrong with you?” the Chief demanded to know.

“What? What’s all over?” the Chief asked, still worriedly. He swallowed half a pack of Winston Full Flavors. “Jack, talk to me.”

“The mob’s dead,” Chaser said, slurping down some more whiskey afterward. He let his head fall on his knees.

“Christ, you took down the mob?” the Chief asked amazedly. “You did it, then! You fucking did it,
you rough tough son of a dead cold bitch!”

Chaser blew a raspberry in response. He laughed drunkenly. “Great, huh? Great, great, great. It doesn’t feel great. It feels like a waste of time.”

Chaser blew another raspberry. “It’s all gone, Chief. Just like all those fuckin’… dumb… sons of bitches with their MDs and their Ph.D.s and their blow-mes and…” he burped, “Always said… None of it’ll bring ‘em back, Jack. Nothing’ll bring ‘em back. You can kill a thousand men, a million men, a million… fucking… they’re not comin’ back, Chief. And now that the mob’s dead I might as well be, too.”

“Christ, Chaser! Listen to yourself!” the Chief shouted. “Where the hell are you? You shouldn’t—“

“Don’t tell me what to do, Chief,” Chaser warned the Chief, but not with his usual fire. He sounded weak and pathetic. “You’re not the boss of me anymore.”

“That’s it, Chaser, that’s it! Tell me to kiss your ass!” the Chief encouraged him.

Chaser scoffed. “What’s the point, huh? The hatred was… the hatred was the only thing keeping me going. What do I have now? Huh? Nothing.”

The Chief couldn’t think of anything to say in response, so he consumed a cigarette via his vacant left eye socket.

“I’m gonna sleep awhile,” Chaser said, abruptly dropping the phone and pouring some whiskey into the gaping bullet wound in his gut.