Wet’suwet’en Against the World

Indigenous peoples of Canada, at odds with their own party and CGL, struggle to battle yet another pipeline problem. 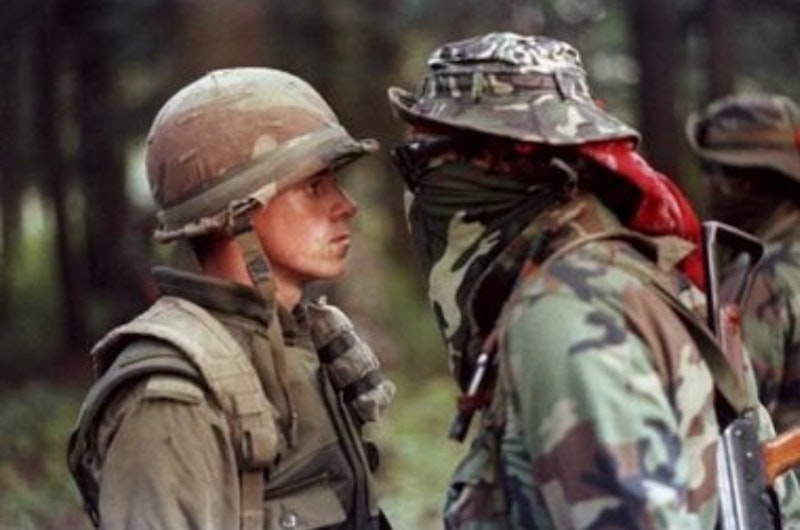 In remote and mountainous northern British Columbia, on a short dirt road cut through ancient, pristine forests, a dispute over a natural gas pipeline has spread across Canada and is now gathering international attention. The Wet’suwet’en, the indigenous people or First Nation at the center of the dispute, are blocking that road, preventing workers from building the pipeline.  Authorities can’t simply clear the road because it runs through traditional lands over which the Wet’suwet’en claim ownership.  In other parts of Canada, indigenous peoples who support the Wet’suwet’en and also live on territory through which Canada’s critical road and rail transportation links pass, are now also blocking traffic. This has caused logistical nightmares for cargo and passenger trains and now threatens economic chaos.

This rapidly evolving dispute is about more than blocking traffic. It highlights issues that attract The Woke of every social justice stripe, pro-First Nations activists, and now the attention of corporate CEOs that rely on the railroads to ship cargo worth over $750,000,000 daily through the major and now blockaded transportation corridors in Canada’s economic heartland. This noisy maelstrom of protest grabs a lot of attention and creates even more confusion for those attempting to understand this dispute.

On social media, the fight’s predictably emotional and vicious. Fortunately, deep snow and frigid temperatures encouraged most of The Woke to stay at home so much of this noise has not spilled over into RL. But their claims about how racism, sexism and the white male patriarchy are the root causes of the dispute causes concern about whether these issues can ever really be understood, much less a solution found.

The complex legal and Constitutional issues entwined within this dispute have attracted scholars, politicians, and lawyers who smell the money and want to ride public opinion waves. All of these groups have strived to garner support from their base by simplifying messages and cherry-picking supporting evidence to make the situation to fit their agenda. Obfuscation has trumped clarification here.

Most recently, pro-First Nations activists, particularly the Mohawk Warrior Society, have intensified and the dispute. The Mohawk Warrior Society should be taken seriously. During the 1990 OKA Crisis (another dispute over land ownership) The Warrior Society stood, for 78 days, against the Canadian Army and two police forces. Surete du Quebec Corporal Marcel Lemay was killed in a gun battle, which also provided Canada with one of its most infamous images:

Pro First Nations activists are efficient public relations organizations broadcasting skillfully crafted legal arguments about “owning the land in Ontario and British Columbia.” These positions carry enough weight to make many wonder whether first nations actually do own the land.

The protest over these events doesn’t mean all of these disparate groups actually agree with—assuming they actually know about—the reasons for the dispute. Those reasons reside within the Wet’suwet’en community who are embroiled in a conflict to determine who’ll speak for them, what those messages should be, and, more importantly, whether their Nation can fit within Canada.

At the heart of this issue is land ownership and whether the titleholder can control what happens on their land. However, to make this decision, the parties involved must have a representative to speak for them. Despite living in a democracy, it hasn’t yet been determined who actually speaks for this, or any other, First Nation in Canada. In this light, the Wet’suwet’en people and their leaders face issues similar to those faced by the English at Runnymede in the early-13th century.

The spark that ignited this conflict is a $6.6-billion, 670-kilometer pipeline that’ll carry natural gas from Alberta to a massive $40 billion LNG export plant to be built near Kitimat, a coastal port in northern B.C. Enter The Woke who oppose climate change, carbon based fossil fuels and white male patriarchy.

This branch of The Woke are the college student types, shouting tiresome Greta-esque messages. Supporting these youngsters are the gray-haired middle-aged types, who after a career in public relations, law or politics are now pursuing an agenda that really matters. Brundtland’s view of sustainable development is lost on these people who adamantly refuse to allow a pipeline to be built through those pristine forests. Preservation is their goal and a few have fought fiercely. Spending the winter nights in the latest and greatest petrochemical-based camping gear from elitist online vendors who sell tents for over $1,500.

They want to prevent yet another evil capitalist empire from destroying paradise and welcome their allies. The Woke on all of these fronts fight the good fight in what they portray as an Avatar-ish scenario where “natives” struggle to preserve their lands. Opposing them are those in favor of the kind of jobs that allow one to eat and sleep comfortably, indoors.

Coastal GasLink is the company that wants to build the pipeline. Aware of the indigenous people’s rights and cognizant of the need to get their buy-in, CGL consulted and signed agreements supporting the pipeline with the elected Tribal Councils of all 20 First Nations along the pipeline’s route—including the Wet’suwet’en. These elected Tribal Councils recognize the housing and employment benefits a $46 billion infrastructure project can provide to remote and poor First Nations reserves.

Joseph Skin, a Tribal Council Member from the Skin Tyee band, a community or house of about 180 people within the Wet’suwet’en First Nation, voted to allow the pipeline to be built. In making his decision, Skin weighed the poverty that many members of his community live in and the better future offered by the CGL agreement. The CGL agreements are worth $338 million for the 20 bands along the route. Add in another $620 million in estimated contract work for local businesses and you have, for any politician, a convincing economic rationale. Despite the financial benefit, Skin said, “Decisions like this never come easy, I’m not going to say it was easy, because it was very difficult.”

The Wet'suwet'en Hereditary Chiefs have declared the Tribal Councils are only responsible for the territory within their individual reserves. The Hereditary Chiefs claim to have authority over 22,000 square kilometers of Wet’suwet’en traditional territory surrounding the much smaller reserve administered by the Tribal Council. This claim is based on the notion that the Tribal Council’s authority comes only from the Indian Act, while the Hereditary Chiefs were the leaders of the Wet’suwet’en before the Indian Act came into being. This is a legal and constitutional argument whose nuances and complexities have yet to be unravelled by First Nations, the British Columbian and Canadian governments, and Canada’s Supreme Court. Yet it makes the casual observer pause, wonder if it’s true, and then opine on Twitter.

The Woke aren’t focused on constitutional issues. Yet. But, this opening allowed the Indigenous Rights and anti-white male patriarchy crew to enter the fray. I suspect the Hereditary Chiefs, most of whom are male and recognizing the value of a power structure, look sideways at this brand of SJW. Why? Simply put, the hereditary chiefs are not elected; they are hereditary chiefs. They obtain their position and authority solely by virtue of their bloodline. Parent to child. Generation after generation. Like the Kings and Queens of medieval Europe.

To cater to the social media crowd and increase their own influence and power, the Hereditary Chiefs filed an Application in B.C Court, based on environmental grounds, for a Judicial Review which would prevent construction of the pipeline for another five years. To add more weight, they added a couple of other wrinkles to their position.

The Application also cites “a failure [of the BC Government] to incorporate the recent findings of the Inquiry on Missing and Murdered Indigenous Women and Girls. The Inquiry found direct links between extractive industries, ‘man camps’ and increased violence against Indigenous women.”

Last, the Hereditary Chiefs referred to the B.C. government’s recent adoption of the United Nations Declaration on the Rights of Indigenous People and referred to a statement by the United Nations Committee on the Elimination of Racial Discrimination that accused Canada and BC of racism. The Hereditary Chiefs’ statement pointed at police actions, specifically "forced removal, disproportionate use of force, harassment and intimidation'' and "escalating threat of violence'' against Indigenous people. The Statement urged Canada to stop the pipeline until First Nations’ approval is obtained. Approval that is, from the Hereditary Chiefs.

That Application didn’t stop a B.C. court from issuing an interlocutory injunction last week saying pipeline opponents couldn’t block CGL from using the road to access the construction area. In retaliation, the Hereditary Chiefs issued a press release and sent an eviction notice to CGL. They ordered its staff and contractors to leave the territory. The Hereditary Chiefs stated, "We are the title holders, and the province must address the issue of our title if they want to gain access to our lands. We are the authority, we are the decision makers."

Amidst the swirl of arguments, opinions and rationalizations, this is the core of the dispute. Title to land; ownership of land; control over what happens on or to the land. This is something that anyone familiar with Runnymede, The Magna Carta and British Common Law understands well.

Tied to land ownership is the notion of who actually decides what happens with the land. Who runs the place? Who is the government? Who speaks for the people? Inside this pipeline dispute is a power struggle between elected Tribal Councils and Hereditary Chiefs over who controls not only Reserve Land but also the Traditional Lands surrounding Reserves. Naturally, it’s not that equivocal as a minority of tribal council members side with the Hereditary Chiefs. As with any elected body, opinions vary.

When discussing Indigenous governance issues, few have more insight than Canada’s former Justice Minister Jody Wilson-Raybould, an Indigenous person who currently sits as the Independent Member from Vancouver-Granville. On the legitimacy of band councils, she wrote recently in The Globe and Mail that, “The legal reality is that band councils are a creature of the colonial Indian Act and have limited delegated authority tied to reserves. They do not have inherent authority, nor are they self-governing or an expression of self-determination.”

Ms. Wilson-Raybould didn’t explicitly offer support to the Hereditary Chiefs. But, she also neglected to mention that Tribal Councils are the only elected governing body on reserves and traditional Indigenous lands in Canada. The Tribal Councils are therefore the only method by which the people living in those communities can express their political will. The Tribal Councils, reflecting their will, have supported the pipeline. All of the First Nations through which the pipeline will run, have supported its construction.  In northern BC, it appears a few genealogically endowed aristocrats want to run the place by usurping the will of the people.

The redistribution of power within the Wet’suwet’en nation is occurring and being resisted in northern B.C.  Canada, though The Indian Act and The Tribal Councils supports democratic rule, the Hereditary Chiefs want to retain their traditional position and power. For Canadians, we need to consider how a modern democracy reconciles the existence of a monarchical government within its own borders. A constitutional reconciliation will not solve this fundamental disconnect between majority rule and monarchical rule until the disconnect itself is resolved, which has always been a long and bloody road.