He Was Not A Typewriter 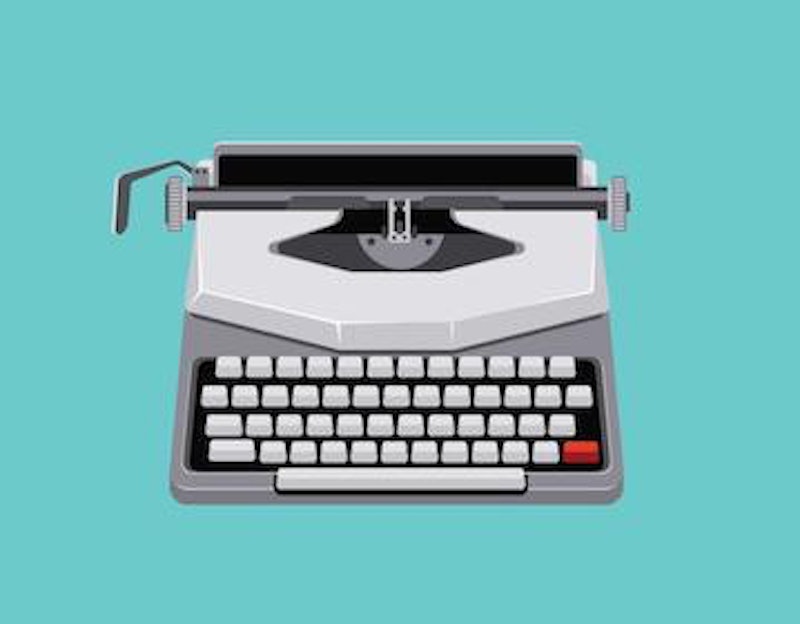 He was the type of writer who sat down to read a book, then stopped reading after a paragraph, or maybe a page, and began writing. He wasn't a great reader.

He was the type of writer who tried to keep a schedule but the only creative schedule he could keep was the one which refused to obey the limits of minutes and had to be sandwiched between the hours whenever possible.

He was the type of writer who was interested in new forms of writing.

He was the type of writer who changed over time. Probably, this is true of all writers who keep writing. As a late teenager, he wrote with a need for validation and attention. In college he wrote with an obsessive eye for detail and character, but seemed incapable of managing a plot. In his mid-20s, he wrote poems designed to help him dig out from underneath the weight of it all. By his late-20s and into his 30s, he wrote memoir and started crafting short essays about anything at all, based in reality.

His writing improved as he became less precious and more honest. He wrote a blog about basketball for a while, some analysis, some description, some of everything NBA-related. Then he realized it wasn't going to lead to a journalistic career, and soon after realized that was good. That most NBA-related writing had become saturated with metrics and analytics and that the writing itself was either dry and mostly serious or extra goofy.

In his late-30s, he wrote poems again, as life and fatherhood demanded a mystical or metaphysical approach. Poetry and sleep-deprivation go together. Now that sleep was more frequent again, he was attempting short fiction, lyrics, more poems, all kinds of things. Time remained elusive.

He was not a typewriter.

He was the type of writer whose mom was a writer when she was in college, but that was the mid-1960s, and she didn't have children or a teaching job or a marriage or a divorce or a house or doctor's appointments or any of those things that keep adults from pursuing creative dreams like writing poetry.

He was the type of writer who realized that submitting his writing to contests with reading fees and prize money was probably foolish, but he had a few friends who convinced him to bother. He submitted something recently to one of those contests and realized after submitting it and paying the reading fee that his poem was actually really good. He let the whimsical moment take over. Now there were only a few months to wait before receiving the likely rejection.

One winner and hundreds of rejections. Was the prize money the reason he bothered submitting? Was it the possible sense of validation? Was it just because he'd stopped being precious about the whole thing that the rejection wouldn't matter much anymore? Submitting was odd. Submit. Give up. Resign yourself. White flag of surrender. There will always be people looking to take your money and then judge. Or worse, take your money and then ignore the work because judging means reading and then ignoring almost all of the work. There will always be people looking to win something, searching for some vague sense of accomplishment.

He was the type of writer that kept writing.

Life was more interesting that way.