Rod Dreher and the Coronavirus Apocalypse 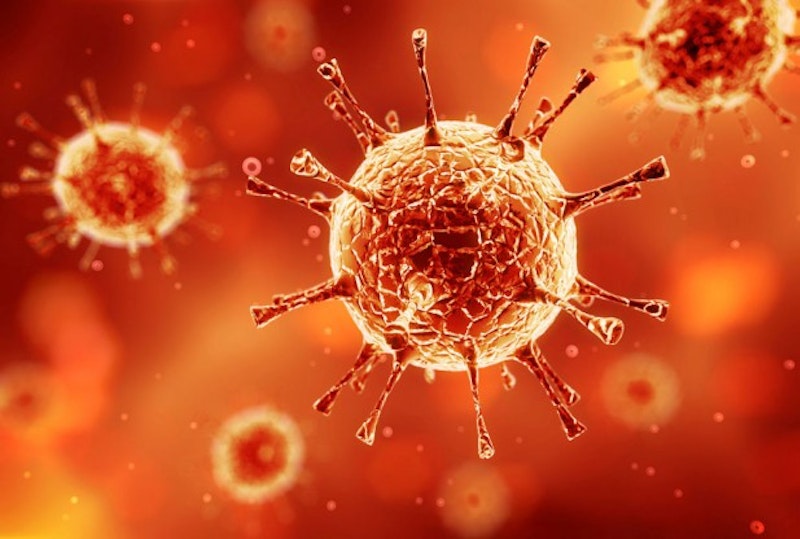 Y2K and Peak Oil failed to wipe out Rod Dreher, despite his most fervent—one might say his yearning—prognostications. The totalitarianism that Rod is 100 percent sure is about to descend on the U.S. could yet do the trick and destroy him, but the trouble is that American totalitarianism might prove a not especially bloodthirsty—more a matter of invisible tech-sector surveillance, for example, than of lurid mass-grave shootings of American Conservative bloggers. So it’s going to be touch and go there for anyone who, as Rod seems to be, is pining for his own persecution and extinction.

But hope, that fundamental virtue, springs eternal, and God can occasionally reward it. The Lord, in any case, seems to have rewarded Dreher for his Christian hope, sending the coronavirus to smite us, and maybe go some healthy distance towards destroying human civilization once and for all.

It’s remarkable. Dreher has transferred over to the virus the apocalyptic dreams with which he once invested Y2K and Peak Oil. (And maybe some other things, too. A keen long-term reader of Dreher will lose track of those phenomena that he’s certain are about to destroy us. There might have been, in the Dreher oeuvre, a bit of raw terror at some point about urban aquifers or something—in short, at least one U.S. megalopolis was about to run out of water.)

A neat trick, this transfer, and one that he pulled off just in time. Dreher must have been feeling uncomfortably safe, not to mention historically and cosmically unimportant, for a couple of days there. The deliciously terrifying pressure of living perpetually at the crux of history must have dissipated a bit. That fine frisson that makes tingle the spine of the death-cultist during contemplation of his own impending slaughter must have been fading.

The mature Christian doesn’t presume to imagine himself as the hero of a great melodrama. In his humility, he knows that the important story is God’s: a story of fall and redemption, tending towards an ultimate unveiling the time of which we cannot know and cannot presume to know, but for which we must wait, meekly, all the while maintaining the discipline of the sacraments.

Meanwhile, speaking of Dreher, I confess to disappointment that I wasn’t invited to speak at the recent National Conservatism conference in Rome. (Dreher was the keynote speaker.) I would have liked an opportunity to meet Marion Maréchal, the “fetching” Le Pen (though her grandfather, Jean-Marie, had a certain rough-and-ready beauty in his youth), and as comely a woman as I’ve seen lately this side of the divine Michelle Obama.

I suppose that when I started writing this diary, I harbored the naive expectation that it might vault me into the “big leagues” of paleoconservative public intellectuals. I saw myself appearing on RT; or, at conferences, hosting trenchant panel discussions on such topics as “The Moral Corruptions of the Lesser, Nazi, Slavs” or “Vasya Lied: Towards A Debunking of the Myth of Holy Russian Aggression in the Crimean Motherland and God’s Donbass.”

And yet it hasn’t happened. The “widening out” of my life that I expected in my late middle age from taking pen publicly to paper never came about. This disappointment exacerbates the usual constrictions of impending age, so that each new arthritic ache in my knees, each incident of acute urination (what my country Hoosier neighbors call “piss-quickness”) seems more than a nuisance—it seems an existential judgement on my life itself.

Which is all a long way of saying that I’ve found myself mooning about the property these February days, in a melancholy mood.

But Mother has a way of coaxing me out of my doldrums, reminding me by her humble, prayerful, never-complaining example of what makes up a life consecrated to the service of God.

So does farm work. As February deepens, labor in our fields and outbuildings is starting to creep back “onto the agenda,” in preparation for the Shrovetide thaws and the season of growing. Bending over a hoe amidst the frozen stubble of last year’s spelt, or “disciplining” Mother and Sister Marie for their insufficient attention to the burning of the beetroot husks, I find that I can’t linger for long on my own vanities. I am conscious of myself as an atom in God’s vastness; as a soul who, in making myself worthy of His sacrifice, will find my own reward.