The shock of gentrification in country music's capital after eight years away. 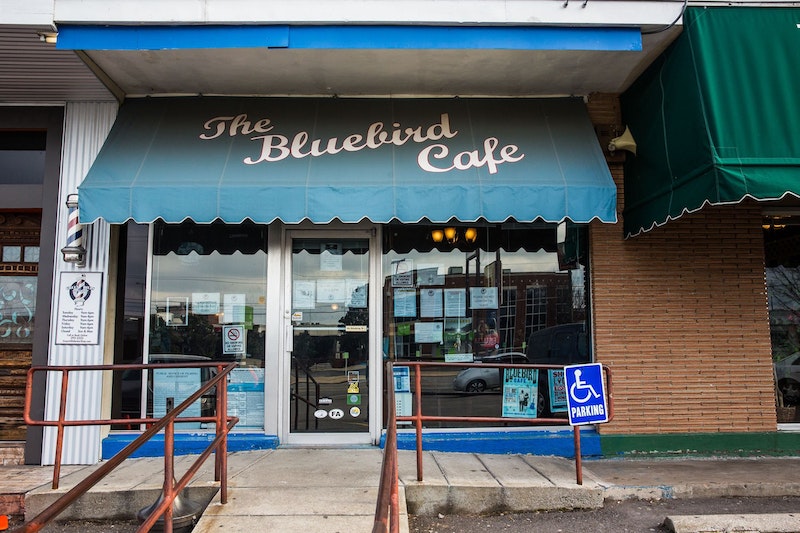 The unofficial symbols of Nashville in 2020 are the construction crane and the abandoned scooter, ringed by night joggers in LED-lit safety vests.

Whole new neighborhoods (and Whole Foods stores) have sprouted up in the eight years since I last visited. That was just after the flood of 2010, a disaster that triggered a building spree that eventually knocked the Nashville Tennessean out of its blocky old headquarters to make way for future nabe to be known as North Gulch—the original Gulch being a few blocks south. The Tennessean regularly frets about excessive growth and rising inequality in the city.

It’s official: Nashville, the home of country music, is painfully hip. One can spend $12 dollars on a chicken biscuit and even more on avocado toast, not far from where the Ryman Auditorium used to host the Grand Old Opry (the show has now moved out of downtown Nashville).

I strung together a country music pilgrimage while in town and hit the new Glen Campbell museum on its opening day. It resides in a nondescript building on Second Avenue and Broadway, which is the main street in the downtown area. The space is small but impressive, with a new museum smell. It has the usual gold records and concert outfits and some video clips of the Glen Campbell Goodtime Hour variety show, worth watching for Merle Haggard’s spot-on impressions of fellow stars Buck Owens and Johnny Cash. (That part’s also on YouTube.)

Campbell, who died in 2017, wasn’t a huge hitmaker by country music’s assembly-line standards, but the fistful of songs that did land are classics including “Wichita Lineman,” described as “the first existential country song,” and “Galveston,” both penned by Jimmy Webb. The museum mostly avoids Campbell’s rocky personal life.

I learned a lot. The country music origin of the "classic rock" ballad “Love Hurts,” popularized by Scottish rockers Nazareth, was just my first revelation. The other attractions run the gamut from a display dedicated to the late singer Keith Whitley to the hit-making super duo Brooks and Dunn. There’s also a long wall of Kacey Musgraves’ minutia. A newer artist, Musgraves, doesn’t have a bunch of hits yet, so her outsized footprint is puzzling, but maybe less so if you consider her a bridge hooking country’s traditional sound to a new progressive attitude (itself a recurring cycle in Nashville) notably in the off-center message of her 2013 hit “Follow Your Arrow.”

Glen Campbell popped up again, narrating the museum’s overly long video package. The museum also retains the cornfield backdrop from the corny country-themed variety show Hee Haw, which at least stole some decent jokes in its first few years to go along with the priceless musical appearances. (Later at the Union Station hotel, a beautiful high-vaulted building in a restored train station, I bought a couple of Colt’s Bolts, a peanut butter-and-chocolate candy that has made one of the show’s many lovely “Hee-Haw Honeys,” MacKenzie Colt, very successful.)

The tour concluded in the vast Hall of Fame rotunda, featuring the words “Will the Circle be Unbroken...” ringed around the interior, from the hymn re-popularized by the Nitty Gritty Dirt Band.

Moving from legends to legends-to-be, I trekked a few miles south to an unassuming strip mall, home of The Bluebird, whose logo resembles Twitter’s but the ethos is thankfully opposite. It’s a legendary and slightly cramped (90-seat) mecca for singer/songwriters that bills itself as a “listening room.”

The Shhh! on the front of the The Bluebird’s brochure was disquieting, but the atmosphere inside was friendly, the crowd well-behaved without being pompous. It’s a venue I only learned about from Ken Burns’ fascinating, if slightly humorless, PBS series Country Music. Burns nailed the sad side of country legend Merle Haggard, but skimped on the fun side, like Haggard’s impressions of Buck Owens and Johnny Cash on Glen Campbell’s variety show.

On tap for the early show was the Amanda Fields bluegrass band, with Fields performing her own songs with a majority-female band, sounding traditional without being formalist. She should’ve had a trigger warning for the sweet song about her dog.