We Write for the Nerds

Reflections on a career spent writing about various subcultures full of people who know better than I do. 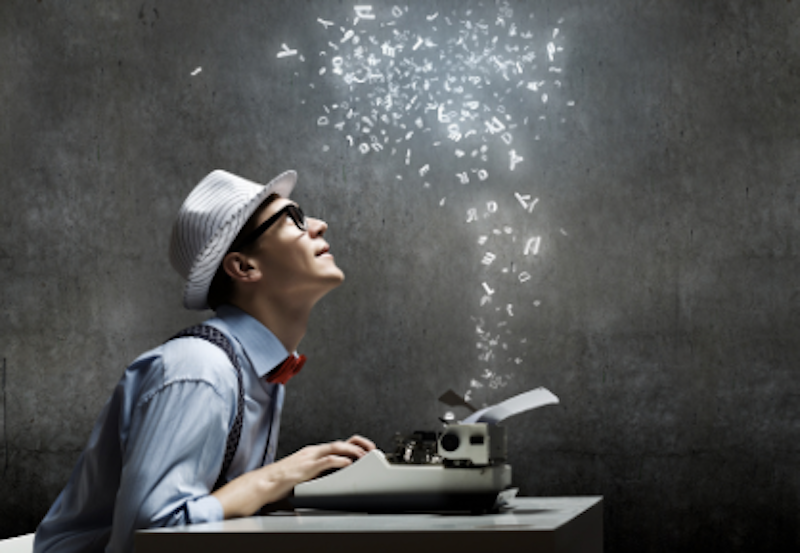 Here come the rejoinders from the professional nerds: “Oh, everyone knows that wrestling match took place in 1983, not 1982. And that guy didn’t finish sixth in the 2001 Arnold Classic, he finished seventh. And you’re a ‘strength enthusiast’ who benches, what, a touch-and-go 415 pounds? After 15 years of doing the work? Get real. We should be writing the stories, not you.”

So the fans and stans of various subcultures tell me, when they deign to tell me anything at all. They all deserve my job, even if they’ve never written anything more substantial than a tweet or Instagram caption. And I know nothing, John Grow, because I’m not even actively juicing. Why does your opinion matter when you’re sitting at 20 percent bodyfat, at 240 pounds, and you’ve never once squatted 650 pounds? Bingo.

Well, let me lay a hot take on you, kids: I love to hear it. Heck, I even like to hear it. What you love to do, I merely live to do. I don’t love what you’re doing. I’m interested in it, but only because it pays some of my bills. It pays some of my bills and lets me chill out with my infant daughter, wearing naught but high-tech athleisure pajamas some publicist sent me. Dad rags in lieu of glad rags, as it were.

I don’t mind writing. It can be pretty chill, at least when I’m writing for a publication like Splice Today. It can be pretty cool, when my heart turns cold and I get to spill some iced tea on the lot of you. But most of it’s work, much like how my day job is work. I don’t “do the work” the way you kids do, but I work for a living, meaning I actively earn money so I can pay my bills without having to busk for money on Patreon or Onlyfans. And part of my living is based on mining those avocations that once constituted my entire life, prospecting for saleable stories that will net me a little cheddar, some scrip at the Amazon dot com company store.

But I guess I never loved any of these early-life hobbies as much as you fanboys do. Or, if I loved them, I outgrew them and moved on to something else, moved on to moving on, which I suppose is what adulthood consists of. In high school I won two district wrestling championships at 220 pounds, which was fun I wrestled against the jiggly-fat, underdeveloped boys who competed in that liminal category between heavyweight (where the action was somewhat competitive) and the lighter weights, where the fit athletes competed. For two years nobody scored an offensive point on me during the dual-meet season, and it was wonderful fun because everyone else was so mediocre, the sort of pale, fish-bellied ephebes who couldn’t pop a grape in a fruit fight. Alas, while 220 pounds remains a category in international wrestling competition, where it’s currently dominated by the fire hydrant-shaped likes of former Ohio State heavyweight champ Kyle Snyder, it doesn’t exist in college. That’s a shame, because in college, instead of pointlessly cutting weight, I could’ve wrestled all the legitimate 220-pound athletes who gave two shits and had started using steroids so they could grow out their lats and their back acne.

Because you’re nobody in the sports arena if you don’t engage in heavy-duty juice use. If you’re so lazy and cocky you can get by with natural ability, not so much winning as holding your own, you suck. So I always sucked, at wrestling or powerlifting or whatever I did to pass the time. I wouldn’t do the work of heavy-duty juice use. Now I certainly would’ve used the juice if I needed to, because nobody loves needles and injections more than me, but there was no making money in it. There was only spending money on juice, which would’ve been stupid, because when I ran out of money I would’ve run out of juice. The real money in steroids comes in one of two ways: 1) selling them to meatheads more gullible than you or 2) using them to actually improve your athletic performance so you can make big bucks playing a revenue sport. Oh, and 2a), a bit of a newer category, which involves taking them so you can look good on Instagram and trick nutrition companies into “sponsoring” you in exchange for plugging their lousy protein powders and creatine pills, none of which work as well as the steroids you’re taking. Anything besides that is vanity. And I get it: you’re willing to trade off pushing rope in the bedroom, which that convicted rapist and erectile dysfunction drug-abusing rapist mogul Harvey Weinstein will tell you is no fun, for pushing weight in the gym or pushing people around on a mat.

The same goes for all these other nerdy interests I dabbled in and now cover for money, sometimes good money: I lived them, I now make a living off them, and I don’t love them. I knew comics as well as most folks, I suppose, but I didn’t know all the comics. I wasn’t a collector, you see. I wasn’t a walking pop culture encyclopedia. Trivia meant nothing to me unless money or food would follow my correct answers. And I didn’t go to “comic cons” hoping to meet “pros” so I could one day write or draw comics, which struck me as a risible kind of Peter-Pan fantasy even when I was 19 or 20. No, I went because I had press credentials, the primary reason I went to anything, and you can’t beat an event that’s cheap as free.

And yes, I’m a trained journalist, whatever that means. I can file clean copy on tight deadlines, I’m respectful and gracious even to the worst editors, and I answer emails and calls in the order they were received. Once upon a time, I laid the groundwork for this semi-career. I took the courses, won the student journalism awards, and wrote for as many college newspapers as Octavio Dotel pitched for Major League Baseball teams. Then I got real deep in those hot take trenches, like a doughboy struggling against a combination of venereal disease and the Germans at the Battle of Belleau Wood. Through it all, I wanted nothing more than to write, the way the doughboy wanted nothing more than to avoid fighting so he could catch exotic venereal diseases from local sex workers, but I’ve always tempered that desire with a thirst for payment, cash on the barrelhead.

I’d rather take guaranteed money to write copy for the Sears Catalog, were that still a thing, than send endless pitches to TheNew Yorker so I could impress a few pretentious friends (FYI, you can still do this the old-fashioned way: just lie and tell people you have a story coming out in TheNew Yorker, because if you’ve got all these other bylines, why not that one too?). I’d rather get a byline in a circular that’s used to sell razors or jock straps than review some inscrutable piece of “intersectional” academic makework in the NYRB. And, all debates about “payola” aside, I will gladly accept all the freebies you sweet-talking publicists are willing to send me. I can’t write about everything, of course, but my infant daughter and I appreciate your generous (generou$ if we’re talking Tinder or Grindr!) contributions. Litter Robots, weight equipment, mattresses, protein powder... we love to see that crap, you bet. Does it impact what we cover or how we cover it? Heck no. But we’re not about to turn away a friend in need.

The one thing you’ll always get from me, in this essay or in anything else I’ve written, is the whole truth and nothing but the truth. The inconvenient truth, the ugly truth, the unadulterated truth, the truth you can’t handle because you’re Colonel Jack Nicholson and you’re really angry at that hotshot young military attorney Tom Cruise. I don’t tell stories in order to live, pace Joan Didion, but I do sell stories because I get off on telling the truth.

I can’t help myself. When I was a wee lad, my dad used to pull me aside and say the most hurtful thing you could do to anyone was to figure them out. To look into their hearts and to tell them that you know the score. To tell them this with the insouciance of someone who will never prosper yet will remain as ineradicable as the cockroach or deer tick, who will savage every soul in order to redeem every soul, and who will live in truth not because it’s his everything, but because it’s his only thing. Anyway, sorry I messed up the name of Sinestro’s home planet (Korugar in Space Sector 417). Thanks for setting me straight. Like the kids and the shorties say, we’re just keeping it real.