Real and imagined wildlife in Florida. 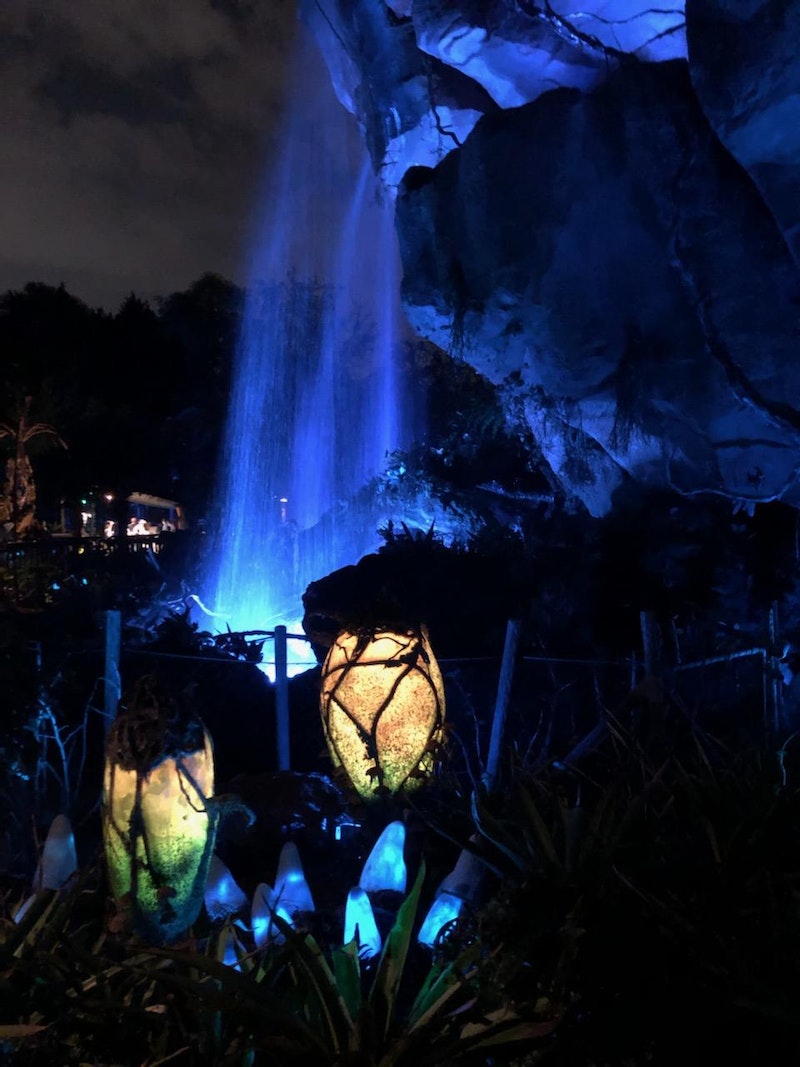 The week in Florida with my wife and son had a packed agenda. Universal Studios, particularly the Harry Potter parts. Disney’s Animal Kingdom, with a stay at Animal Kingdom Lodge to see the lighting my wife worked on when that hotel opened two decades ago. Then to another hotel, where she was keynote speaker at a lighting conference. Then to a resort in Crystal River, on western Florida’s Nature Coast, to swim with manatees.

I rarely go to theme parks, Epcot center in 1984 being my previous stop in Orlando. Much like Vegas, these places are good at what they do, regardless of whether you like it. I can’t say the same for Spirit Airlines, an awful, low-cost carrier that can’t be bothered to maintain a clear separation between the line for the check-in kiosks and the line for the luggage drop. “That’s what happens when you only pay for fuel,” a TSA agent said when I mentioned Spirit’s chaos.

Seeing the police calmly watching crowds pass by at Universal’s CityWalk, I thought about Val Demings, the local congresswoman who used to be Orlando’s police chief. She made a name for herself during the impeachment proceedings with excellent questioning and speeches, and she could plausibly show up on a national ticket this year or in the future. Being a black woman would be one factor in that, and so would her connection to Orlando, a city that countless Americans visit and put their trust in to be a safe, well-run place.

At Animal Kingdom, the most popular area is Pandora, based on the alien planet in the movie Avatar. Walking there in the evening amid the artificial bioluminescent plants is enchanting. I can’t say what it feels like to ride a flying banshee, though, since even the helpful guy at the lodge’s front desk was unable to procure us a pass to circumvent that ride’s long line. However, watching Avatar at home afterwards, I was struck anew by the discomfiting scene where, after we’re told the connection between banshee and rider is one of mutual consent, we see the protagonist force himself on the winged beast and say, “That’s right, you’re mine now.”

The Kilimanjaro truck ride at Animal Kingdom brings you close to real animals including gorillas, elephants and critically endangered rhinos. My wife dropped her phone as the truck lurched around a rhino viewing area, and we managed to get it back from guest services an hour or so later, destroyed with a tire pattern on the screen. On a trip to the real Africa over a decade ago, we went to a game reserve north of Capetown, and someone had left a disgruntled comment in the guestbook that you get better views of animals at Disney, which is possible.

The Nature Coast north of Tampa is aptly named, a beautiful area of Florida rife with plant and animal life. It felt a little like returning to reality after being in the theme parks. I had the misfortune of sitting somewhere that must’ve been covered with chiggers, getting bites all over my forearms and calves. A sharp drop in temperature made the boat ride out to the manatee reserve a cold time, though wetsuits and a warm spring made the swim comfortable enough. I saw three of the magnificent mammals, two of them so close I had to move out of their way.

The manatees blissfully know nothing about our politics. At our resort, a guy knocked on a door as I passed in the hallway. When it opened, he asked, “Would you mind turning the volume down? We’re one flight below you, and it’s really blasting.” From the doorway, a booming voice: “YOU DON’T WANT TO HEAR TRUMP?” “Well, I’ve heard it all before.” “OK. I’M A COMBAT VETERAN WITH 70 PERCENT HEARING LOSS, BUT I’LL TURN IT DOWN FOR YOU.” A friendly exchange.

At the shop, where I made multiple trips for hydrocortisone, quarters for the laundry machine and more, I got involved in a conversation about local real estate. The cashier, a former corrections officer, said stay away from Ocala, too much of a city. Where she lived, somewhere else in the area, you didn’t have to lock your doors, and if someone was in the neighborhood without clear reason, she’d ask them why. Florida may be a swing state, but I didn’t get the feeling Bernie Sanders would garner many votes on the Nature Coast.