The Ups and Downs Of Hawaii's Aloha Spirit

Not all Hawaiians are thrilled to have mainlanders on their islands. 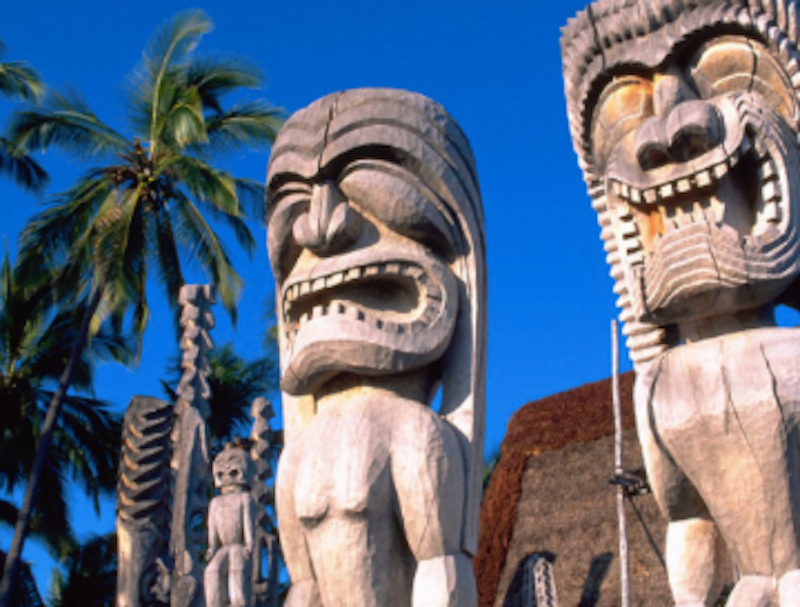 During a bus ride I once took on the island of Maui when I was living there, the driver was continually nodding off while going 60 MPH on a two-lane road. His head would start to drop and he'd snap himself out of it. I was in the front seat fearing my life was in danger, so I kept yelling at him whenever his eyes closed. It was a white-knuckle trip all the way from Kihei to Kahului. When I got off the bus, I yelled at him some more, telling him he shouldn't be driving the bus. Nobody else said anything to him. The driver listened with a contrite look on his face, like an errant child being scolded. Then he drove away without saying a word. He knew he shouldn't be behind the wheel, but nothing I'd say was going to stop him.

I called the bus company’s boss to tell him his driver was hungover and sleeping on the job. He was concerned about the sleeping, but took exception to my pointing out the hangover and referring to his driver as an alcoholic. When I'd walked on that bus earlier, my first thought was that the guy looked like a 12-pack-a-night type. I'm sure the boss knew that his employee had a problem, but he wasn't going to acknowledge that to me. We argued, but he remained polite. When I hung up, I was flustered, wondering if he was going to take action. Then I thought that maybe the other people on the bus and those waiting to board had thought I'd been rude to the driver even though I'd had good reason to speak bluntly. I felt like an interloper who'd rocked the boat when what the locals want is for nobody to rock the boat.

What this anecdote says about Hawaii I can't say for sure, but life is different way out there in the middle of the Pacific Ocean. Hawaii has the most unique culture of any American state, although Texans would quibble. What other state has its own language? In what other state does almost everyone go everywhere in flip-flops, which on the islands are called slippers? Maybe the bus company honcho resisted me due to what they call in Hawaii the "aloha spirit," an ethos calling for positive energy, kindness, and consideration. Perhaps he felt my accusations ran counter to that spirit, but my adrenaline was up and I didn't feel any need to be delicate, given the seriousness of the situation. Maybe Hawaiians have internalized the aloha spirit so thoroughly that they know how to remain kind and considerate even in such trying circumstances, but I sure hadn't.

The literal meaning of "aloha," a word used to say both hello and goodbye, is "the presence of breath" or "the breath of life." The aloha spirit's a code of peace and love that the Hawaiians cultured way before the hippies did. It's a collectivist, tribal mentality derived from Asian and Polynesian cultures. The feeling is that everyone's together on a small island, so coexistence is the key. Living in harmony with nature is important. When American corporations began profiteering off the land it was in opposition to the Hawaiian view of life.

The aloha spirit's complicated by the natives' justified feeling that white people (called "haole" in Hawaiian) came to Hawaii and exploited the islands. Queen Liliuokalani surrendered her rule at gunpoint to American militia in 1893, and Sanford Dole was named president of the Republic of Hawaii. The pineapple and sugar companies succeeded in taking Hawaii away from the Hawaiians.

The resentment lingers, so as a haole you may not always be the recipient of the aloha spirit unless you're a tourist paying big bucks for native hospitality. I read in the newspaper about a white guy who got physical with a local man who was beating his dog in a park. The guy left and came back with a posse of friends and family members and they put the Good Samaritan in the hospital with serious injuries. Had he been more aware of the local culture, he'd have known that he should've left that park as soon as the dog beater did.

I had only one negative experience on Maui. I was sitting at a bar one evening and a local guy who was passing by pushed my barstool forward. When I turned around I saw an aggressive look on his face. Since I was just drinking a beer and minding my own business, I had to assume that he wanted to mess with a haole. For a moment I feared the worst was coming, but his buddies quickly pulled him away, much to my relief.

"Hapa's" was the name of this somewhat rough joint in the town of Kihei. I used to go there every Wednesday night to see a genius musician by the name of Willie K, a Grammy nominee who's performed alongside Prince (who once called him a "funky motherfucker"), Mick Fleetwood, Stephen Tyler, Willie Nelson, and Carlos Santana. The guy can play the hell out of his guitar but he, like the barstool pusher, sometimes got grumpy about haole. He's a cool guy, but he'd occasionally make disparaging comments about white people—like what terrible dancers they are. I thought it was funny, but some may have been offended. It's just part of living in Hawaii.

I used to live in Japan, so Hawaii was the second place I've felt like a foreigner. I recommend the experience of becoming a minority for all white people. It's a means of empathizing with those who aren’t white in this country. They have challenges in situations that we don't. Any American traveling to Hawaii should study about what America has taken away from the Hawaiians in the course of expanding the empire. The islands aren't a theme park built so you can fly over there for a week and put on a lei before going to the luau to eat lomi-lomi salmon and poke.