We Don’t All Agree Here 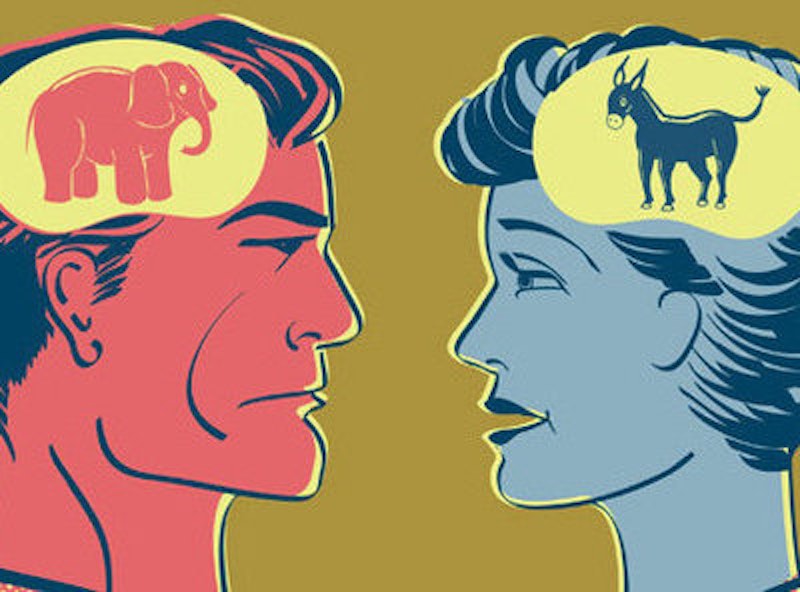 I’ve been the senior editor at Splice Today for over five years. This means that I oversee a great deal of content, have written hundreds of articles and edited thousands. I haven’t agreed with the opinions of all of those articles. That would be ridiculous. Unlike many news outlets fake or otherwise, we’re an independent web publication owned by a lifelong journalist and former newspaper editor/proprietor who doesn’t believe in preaching to the converted.

Friday, at the office, another writer and I were talking about the ideologies of some of our contributors and how those might reflect our publication as a whole. If we have a few “alt-right” regular writers, does it drive away new talent, or even cause us to lose some of our existing writers who don't want to be seen as writing for a publication that supports those extreme views?

As I drove home I thought about my own liberal philosophies and how I wouldn’t want to be affiliated with a publication that supported the Trump administration. It’s true when I edit several of the writers on our site I’m taken aback and in certain cases revolted by some of the words. It's not, however, my job to agree or alter them but merely to correct any grammatical errors or provide more clarity in the prose.

Once, when I was editor-in-chief of my college newspaper, a student wrote a letter to the editor expressing an opinion that an African-American dean was practicing favoritism toward minority students in awarding resident assistant positions on campus. I recognized the controversial nature of the letter, but still printed it; the newspaper was purposefully independent and not owned by the college. I was immediately summoned to the college president's office and it was explained that this charge of "reverse racism" could be seen as very bad for the college if potential students were touring the campus, and that I shouldn't have printed it. I explained that we printed all letters to the editor from students, I’d never censored one based on my opinion and certainly not based on the recruiting policies of the college. I felt I didn't have a right to take away the student's First Amendment rights regardless of the content's controversial nature and added that the paper would run any response from the college.

I still felt badly about the situation, wondering if I'd done the wrong thing: should I have pulled the letter? Years later, I left a print magazine because of the racism of the publisher—she pulled a feature of a mixed-race wedding and her violent words on the topic disgusted me.

So today, though it's the publisher's and not my decision whether to publish certain content and I have a hard time reading it each week, I try to remind myself that people won't ever all share the same views and that those opinions don't reflect on me or this website as a whole. At Splice Today we welcome and encourage all writers. You can click on any author's name and read their gallery of articles. Many of our writers have been here for years, building long lists of stories you can browse. It’s a diverse community of writers, and we don't represent any one viewpoint. Perhaps that's what makes the site different than most others.