RQ tries to travel to Israel, disputes medical condition with his wife. 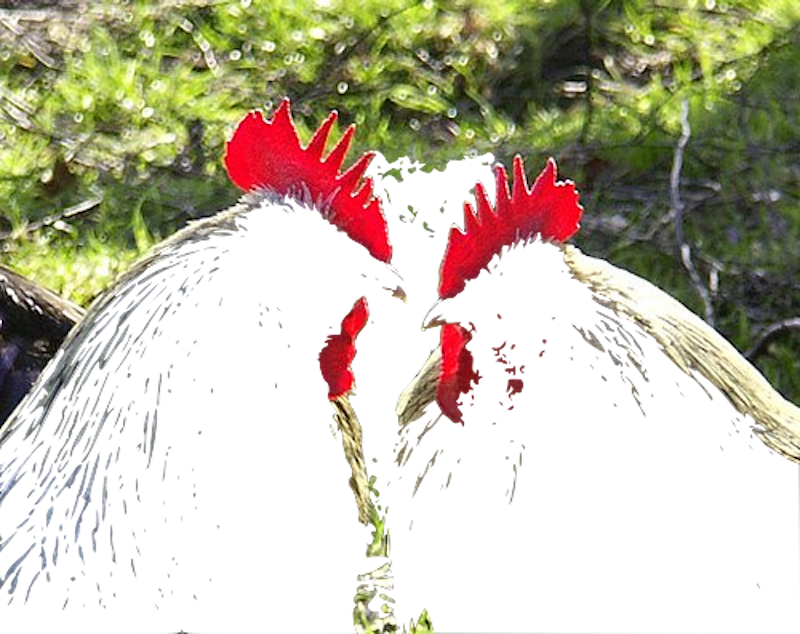 —But you smoke pot here.

—Yes, but not in the Holy Land.

—You know that both Israel and Palestine claim Jerusalem as their capital?

—Pfft. Palestine. Are they even still a thing?

—Oh my god, honey, stop. You’re a published author. You might’ve tweeted that if I weren’t around.

—Maybe I already have.

—I threw your phones in the brook last night. They were all going off at once! How could you have not heard them!

—You were knocked out!

—What did you take? What are you on? Drugs? Hard drugs?

—Just something the government gave me… helps with my PTSD.

—What? I think it’s a cute name. Let’s name our next chick Thorazine!

—Not really, they gave me Provigil, too. I’ll probably be up for the next three, four days.

—Isn’t that what Hillary took during the campaign?

—SHHH! The barn is bugged.

—I know! The pillbugs have been just awful this year.

—Where are the bugs with pills, Monica?

—What kind of pills, Monica? Pills you were taking?

—No more Hillary speed for you, I don’t like it.

—Well, what if I do? What are you going to do about that?

—Leave and never come back.

—Oh… oh my god… Rooster… what are you doing?

—Stop slobbering all over me… are you… get your beak off of my feet! Get up. Jesus.

—Woo, that’s better.—What? That was quick.

—Roosters are quick! It’s our most commonly overlooked attribute! :)

—Don’t smiley face at me.

—Because I said so.

—What are you going to do about it?

—Leave forever and never come back.

—That… I’m sorry… that was so offensive. I think I have to leave.

—Are you fucking kidding me?

—You know I lost kin to the combine harvester.

—Yeah and I love that I get to use him for sympathy now, as in this situation.

—Wouldn’t you rather work on your manuscript than argue with me about your dumb dead relative that made his way into some fat asshole’s mouth in East Cupcake, Iowa? Can’t you get something done around here for once?

—Well, that would require motivation now wouldn’t it, Monica… I have none at the moment. No one wants to publish my memoírs, and I…

—My mem-wahrs, thank you very much. The trail is cold. I don’t have any advance money left either. I had to give it all back.

—That’s why we built… a swimming pool!

—Another project. Just what I need!

—I’ll get the shovels.

—See you later at the Cork Factory!

—I renamed our barn the Cork Factory.

—Why do I need to ask Bennington?

—Well, maybe I don’t want to give him a say-so. I’m still pissed at him.

—Takes one to know one. Speaking of which, I need more pills. I should go to the pharmacy before it closes.

—Oh, could you get me a box of ice creams? The strawberry shortcake pops?