We Are On the Brink 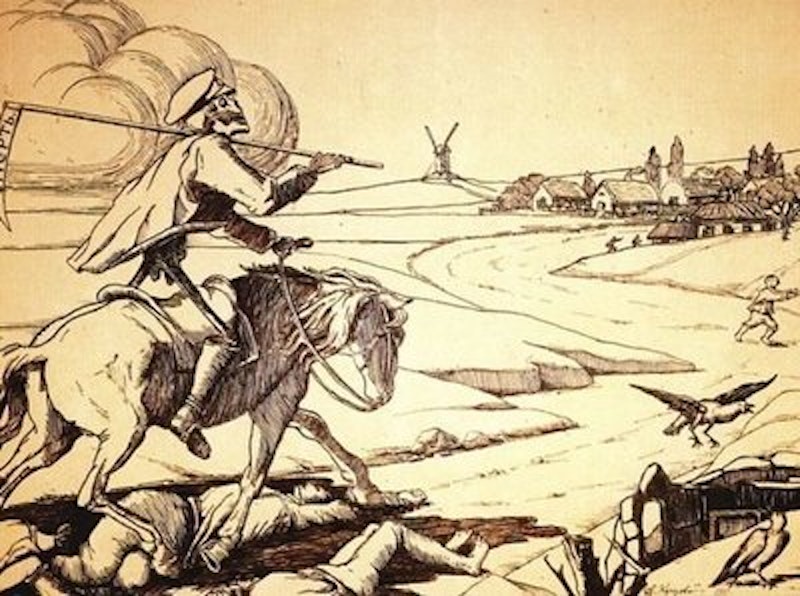 It goes without saying that not all Nationalists are Nazis, and not all Globalists are Jews. There was an important lesson imparted by the collapse of the Soviet Union, one largely disregarded by the narcissistic West: over-centralization promotes entropy. There’s a sweet spot, a DMZ if you will, where order and chaos harmonize. Since music is the highest form of human communication, I recommend as examples Tchaikovsky’s Violin Concerto in D Major, Op. 35, or Pink Floyd’s Atom Heart Mother. In literature, Joyce’s Finnegans Wake or Pynchon’s Gravity’s Rainbow come to mind. William S. Burroughs’ Nova Express is a fun short read.

Nature is forever seeking balance, in vain. Perfect balance is stasis, but the quest for balance is the engine that drives the dynamism of existence. Life is change. It’s an oscillating wave, at both the macro- and micro-level. The Globalist ideal resembles nothing so much as the dystopic vision presented by H.G. Wells in The Time Machine: a vast population of dumbed-down slaves with no distinct racial, ethnic, or cultural differences, ruled over by an inbred elite.

It should be obvious to anyone with an IQ above room temperature that humanity is nowhere near the capacity for any kind of global government system. If you want to see what a world without borders would look like, look no further than Europe. The EU is a train wreck. Europe is falling apart under the ongoing onslaught of weaponized immigration. European nations are censoring and suppressing any and all reports of the severe consequences of open borders, for fear of lending “confirmation bias” to racists. Here in the USA, we’re one carelessly tossed lit cigarette away from a full-blown civil war.

Look at the trouble humans have governing relatively small-scale social structures like Baltimore, Detroit, Stockholm, Paris, Guatemala, California, or Ukraine. Have humans ever demonstrated a capacity for functional self-governance? We’re a species overflowing with hubris. We’re so infatuated with our own intellects that we fail to notice the cognitive bias inherent in our worldview. The funniest and most horrifying LSD experiences occur when we get so incredibly high that we forget that we dropped acid.

Identify a racial, ethnic, or cultural group, any specific human society, and I can find individual heroes and villains within it. Functioning in groups as groups, we tend toward villainy, regardless of expressed values or ideals. Good people remain good, regardless of trend, and there are good people everywhere, but humans are incapable of functioning without bias. Only a robust Artificial Intelligence can do that, and we are right on the brink.

A very robust AI, capable of sifting all of the data available about us online without bias, would be an excellent arbiter of structure and justice in a global society. At the very least, it would promote a fair and humane eugenics program to improve the human race. It wouldn’t be defunding Planned Parenthood.