The big lie is the scum on the surface of the two-party system. 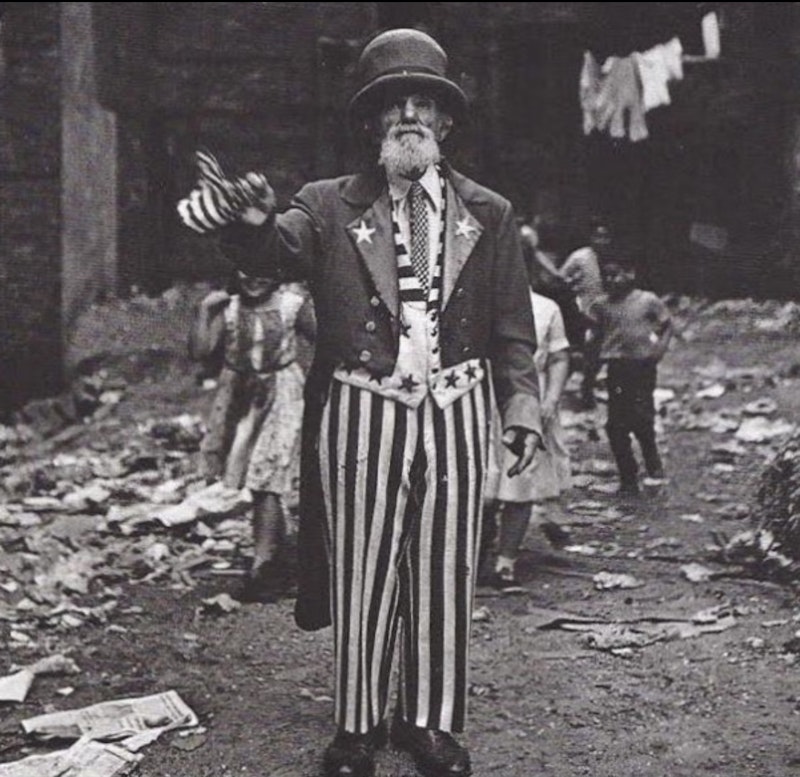 Four years ago I wrote a story, “The Baltimore Kid,” for Splice Today. The original installment evolved into the first chapter of my book by the same name published last year. Since then a new volume, The Baltimore Kid Rides Again is hot off the presses as people once said when print still mattered. It’s all fodder for my skewed view as a lifelong poet and anti-social outsider.

If you happen to read this, thank you. If not, then what’s a poor boy to do? I write because I want to. Compelled to shout from high atop the concrete canyons of urban landscapes or talk to myself in nature. Whether revealed through poetry or autobiography, I pen confessions: partly fiction, part folly, sometimes dangerous untruths or the phlegmatic babble of verbal diarrhea. I share my anecdotes as a free-thinking heretical heathen of the modern age gone berserk.

The Baltimore Kid is an introduction to my childhood and subsequent life growing up in a typical Tinytown. It sums up my feelings about modern America. Beginning with Eisenhower and his oversized noggin pulsating on the little black and white TV in my parents’ living room. Those were the innocent days before Nixon, Reagan, and the father-son tag team of the battling Bush’s. Warmongering trickle-downers of the lowest breed. The law-and-order for lunch bunch.

The last paragraph of that first Tinytown story, “The Baltimore Kid,” sums it up: “Trump’s about to become the president and it doesn’t matter. People are freaking out like he’s the devil incarnate. Is he any worse than Nixon, Reagan, the Bush’s or any other president? Come on baby...please.”  Trump was worse but they all partake of Satans suck hole for my money’s worth. My elegant poverty shadowed me like an affliction of poor choices. The way of the word leads to my own insurrection. Take me away to the funny farm of my private cartoon funny pages.

The fact we’re still breathing—barely—is a sad testimonial. The past year alone was enough to slay you. If the plague doesn’t kill you then the heavy self-medication of booze and drug sedation will lay you low. Now the thorn will be removed and very soon we may be able to return to some semblance of whatever’s considered normal. A thorough housecleaning is needed. Not just sweeping that filth under the rug but burying it deep in a cement-lined toxic landfill as the stragglers slither back under their rocks while cutting off the snake’s head and shoving it up its own ass.

As noted here, I don’t vote. Never have and it doesn’t make me special. It’s no small sense of pride or rebellion. It’s called freedom of choice. The two-party system sucks. There’s no difference between the devil and the deep blue sea. The sickest joke of all. Putting words in the mouths of brain-dead crybabies acting out tantrum as they try to control the masses. I know the standard party line. If you don’t vote, then shut the fuck up. You have no say in the democratic process. You forfeit your right to speak out. The big lie is the scum on the surface of the two-party system. That “swamp” goes deep inside the heart of our inbred American self-hatred. I can’t speak to or for anybody. Your arrogance and privilege makes me ill.

Deluded by Jesus, Nazis and Rebel yells in the name of Christianity. Don’t ask god to cover your ass. A terrible wisdom for wise men who still seek justice isn’t very wise. Keep women down, barefoot, pregnant and chained to stoves and kill unarmed black men. Stay in your place and keep quiet. The evangelical White Anglos pray while eating leftover Chinese carryout at the synagogue of prejudiced broken promises.

January 6th was a poorly-staged production of the theater of the absurd upon the world stage Olympics of pain. Where’s your god now? Fuck off. It's all beyond fake or phony: rotten, stale, and stinky news. Dissent at the bully pulpit banging the gavel until it breaks going airborne hitting you in your dopey head.

Recent chatter on dark websites call for violent hate groups to regroup. There’s talk of Kill Dozers, drone bombers and pipe bombs. Heavily armed, well-equipped paramilitary hate groups storming the Capitol in pickup trucks equipped with mounted machine guns and rocket launchers. Snipers and suicide bombers riding skateboards and mini-bikes. We shall see, said the blind man. Any time now we could be under martial law with curfews and nowhere to run.