The Presidents of New York City

A few of the presidents with streets named after them in NYC. 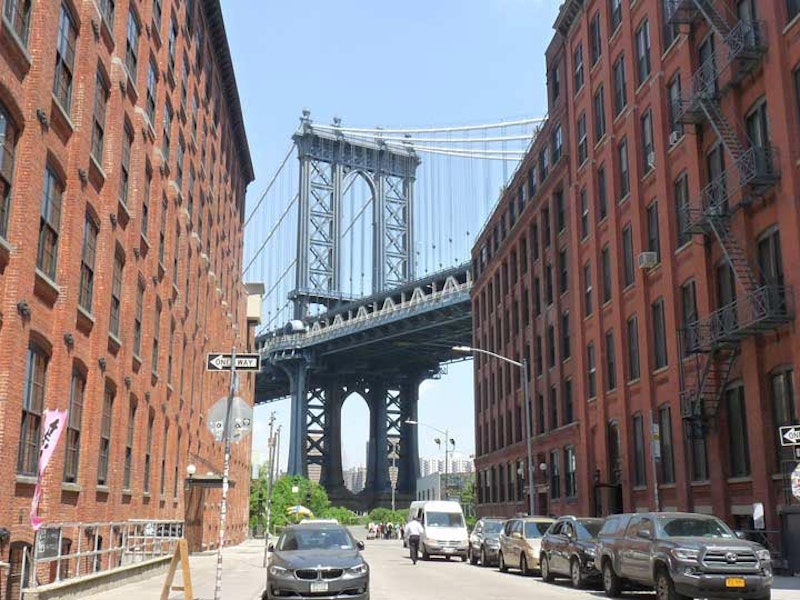 Most United States presidents have NYC streets named for them—or at least, there are streets that carry their names. There is no neighborhood that carries presidents’ names exclusively, though the northeast Bronx employs NYC mayors as a street naming conceit; signers of the Declaration of Independence in Brooklyn; and classical composers and astronauts can be found in Staten Island. But not American presidents.

Here are just a few. Without a doubt, George Washington is the most common street name among former presidents in NYC. As a military commander, he spearheaded the defeat of the British in the Revolutionary War, sealing American independence, and resisted entreaties to become a monarch, instead becoming the first head of America’s Executive Branch of governmental power.

There are nine streets in Manhattan named for Washington, from the lengthy Washington St. and Fort Washington Ave. to the dead-end Washington Terrace in Washington Heights, as well as that neighborhood and Washington Square Park. His likeness can be found all over the island in statuary, from two separate depictions on Wall and Broad Sts. where he’s shown taking the oath of office and kneeling in prayer at Valley Forge; to sitting triumphantly on horseback at Union Square; to conferring with is friend, the Marquis de Lafayette, at Morningside Heights.

A pair of streets in Staten Island, in Port Richmond and Willowbrook, respectively, are Washington Pl. and Washington Ave. Queens doesn’t join in the honorary fun, but no doubt, before the current Queens numbering system was put in place, numerous streets were named for Washington, including 36th Ave. in Astoria, where platform signs on the elevated Astoria Line until recently carried the “Washington Avenue” name. 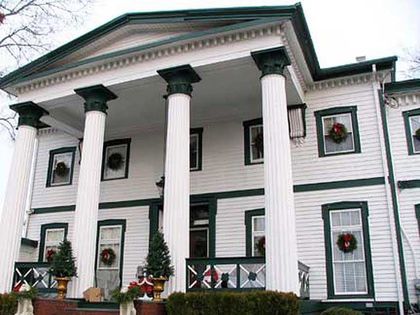 The Gardiner Tyler Mansion, 27 Tyler Ave. between Bement Ave. and Clove Rd. in West Brighton, Staten Island, was constructed circa 1835, when most of the surrounding region consisted of farms and fields. President John Tyler’s widow, Julia Gardiner Tyler, resided in this house during the Civil War. Virginian Tyler, the 10th president, was the first to be married during his administration. His widow moved here after his death in 1862; even though she was born in New York, she ardently supported the Confederacy. John and Julia Tyler are buried in Richmond—Virginia, that is, not Staten Island.

One of President Tyler’s grandsons was still around in 2019—even though Tyler was born in 1790. Tyler had eight children with his first wife, Letitia, and seven with his second wife, Julia. One of his sons with Julia, Lyon Gardiner Tyler, is the father of Lyon Gardiner Tyler, Jr. and Harrison Ruffin Tyler (born in 1928). Lyon G. Tyler fathered the two sons at age 72 and 75! 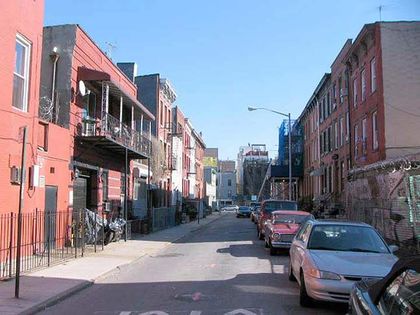 New York State-born Millard Fillmore was the second president who wasn’t directly elected to the office, taking over for Zachary Taylor after the latter's death. He was pro-slavery and Nativist, in contrast to his abolitionist-sympathizing predecessor, Zachary Taylor.

Brooklyn has two streets purportedly named for him, the Landmarked Districted Fillmore Pl. (seen here) in Williamsburg and Fillmore Ave., one of the few named streets in number and letter-dominated Marine Park. Fillmore St. in Morris Park, Bronx appears alongside streets named Garfield and Taylor.

There are no Fillmore Streets in Queens, but there’s one of my favorite restaurants, Millard Fillmore's near Queens College. Get the blackened meatloaf. Staten Island checks in with Fillmore Ave. in Willowbrook, Fillmore Pl. in Rosebank, and Fillmore St. in New Brighton. 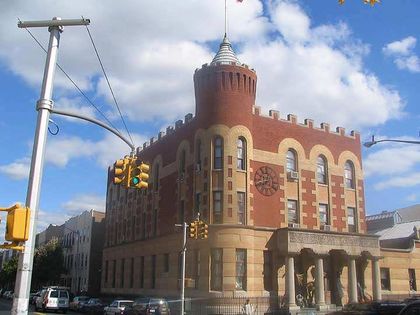 Despite the 1915 sinking of the Lusitania steamship liner and other German provocations, Woodrow Wilson campaigned for reelection in 1916 with the slogan "He kept us out of war." By 1917, though, things were going so badly in Europe that America went "over there." Prohibition was instituted under the Volstead Act in 1919.

The USA declared war on Germany April 6, 1917, after German submarines attacked several American merchant ships, and this had an effect on the map of Brooklyn. A few Brooklyn street names, it was decided, had to change if they were named for German place names. Dresden St. in Arlington became Highland Pl., Bremen St. in Bushwick became Stanwix, and Siegel St., named for a German-born Union Civil War general, Franz Sigel, gained an extra “e,” perhaps to camouflage a German spelling. Hamburg Ave. was renamed for the sitting president and became Wilson Ave. The NYPD 83rd Precinct at Wilson and DeKalb Aves. is shown here.

In Soundview, Bronx, Wilson Square, Soundview and Patterson Aves, were named for Wilson, but in Eastchester, Wilson Ave. was named for NYC Mayor Ebenezer Wilson. Brooklyn's Wilson St. in Williamsburg, meanwhile, was named for Pennsylvania Declaration of Independence signer James Wilson, who was also an original Supreme Court justice. 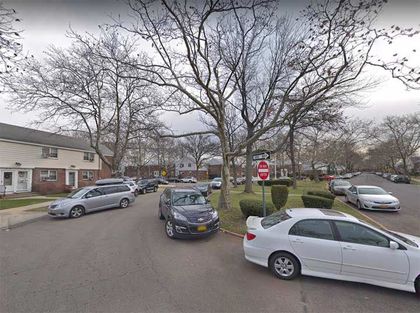 It’s hard to find streets named for relatively recent presidents, but you can find one in Oakland Gardens, Queens, where there is a traffic circle at 68th Ave. and 218th St. named for John F. Kennedy. Of course, Idlewild Airport was renamed for JFK in 1964. A bronze bust of JFK can be found at Grand Army Plaza in Brooklyn.

Kennedy did have a New York City address, and it was as far from this location as you can imagine. For a few years in the 1920s, JFK’s father, Joseph Kennedy, and his family lived in a 20-room, two-story stucco mansion at 5040 Independence Ave. at West 252nd St. in Riverdale, Bronx, near both Wave Hill and Riverdale Country School. But Joe Kennedy was unsatisfied with the house and moved to a larger one in Bronxville, New York, after two years. 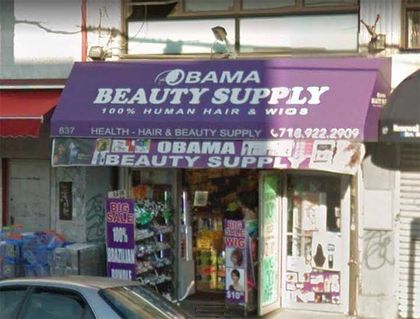 Barack Obama was tested quickly and had to resolve severe financial difficulties that included the failure of several financial firms that led to a severe recession. With the aid of a Democratic Congress, he pushed through the Affordable Care Act, enabling Americans to purchase health insurance at (somewhat) reasonable rates.

An online petition sponsored by the progressive activist group MoveOn is hoping to get a stretch of 5th Ave. between E. 56th and 57th Sts. named in honor of Obama. Not coincidentally—though the petition language doesn’t mention it—that stretch of 5th Ave. is where Trump Tower, President Donald Trump’s private residence, is located. Until or unless that initiative succeeds, a number of businesses such as Obama Beauty Supplies in East Flatbush, shown above, bear the name of the 44th president.