Ukraine's Maidan, Vile as it Was, Should Give Hope to U.S. Dissidents

I stumbled across a novel analogy on Twitter: the English Civil War. 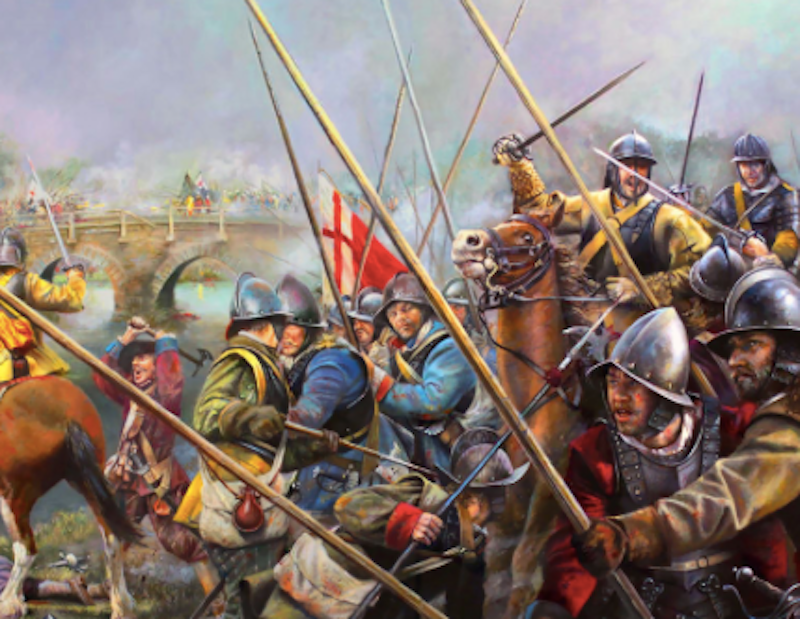 The deep thinkers are falling over themselves to come up with historical analogies for our moment. Weimar Germany is by now out of fashion. It’s been “oversold,” in the jargon of the moronosphere.

This week I stumbled across a novel analogy on Twitter: the English Civil War. “How atmospheric,” is the first thing I thought. Roundheads, Cavaliers, Robert Herrick lisping out “To the Virgins, to Make Much of Time,” King Charles’ head lopped off under gray London skies. I liked it, but then I found myself dissatisfied. Better than Weimar, but not much better. The choice betrays a certain intellectual parochialism, a dismal Anglocentrism. Why not adduce the Mau-Mau Uprising, the Central Asian Revolt of 1916, or the Second Palaiologan Civil War? Those analogies would be no less random.

On the other hand, historical analogies are inevitable, and in these troubled times I’ve been taking solace in my own. Ukraine’s 2013-2014 Maidan Revolution is the event I’ve been thinking about. Like any paleoconservative, I was completely against this genocidal explosion of rabid anti-Russianism in the heart of Kiev, that Mother of All Russian Cities.

And yet the event was instructive. It occurred about a decade after the traumatic last Ukrainian exercise in CIA-, Mossad-, and Soros-subvented anti-Russian fascisto-liberalism, 2004’s Orange Revolution—in response to which we saw the thorough penetration, by the Russian secret police, of the entirety of the Ukrainian government, financial, and security structures.

And yet none of these Kremlin exercises in anti-Nazi prophylaxis, noble as they were, made any difference. By winter of 2014, the Little Russian barbarians, prodded by Victoria Nuland, Angela Merkel, and the other Western liberal-fascist jackals, were burning their own country to the ground, banning the Russian language on pain of death, running the SS death’s head flag up Kiev ministry flagpoles, flirting with the liberalization of anti-homosexuality laws, “leaning towards Europe,” and disemboweling Russian-speaking children in the street.

The point: Authentic popular passions willsurface, despite whatever forces are motivated to repress them. This fact can be depressing in the context of Ukraine, where the passions were loathsome, and the Russian repressive force good and just. Or it can give us cause for optimism—as it should in the context of the United States. The fact is that the massive repressive apparatus that the tech oligarchs, the corporations, and the Democratic Party power structure are now putting in place is certain to fail—like any human structure, no matter how imposing, in the face of the ocean’s eternal tides.

Happily, the Harris homestead here in Indiana is located on relatively high ground, the better from which to watch the drownings and annihilations in the floodplains below.

Speaking of the Harris homestead, this mild winter’s lack of snow is challenging our little community’s not-inconsiderable skills in organic agriculture.

As any small farmer knows, a nice thick covering of the white stuff is key to the early development of a healthy crop of winter wheat. Its absence is threatening our crop this January, which could have bad consequences for our yield. And that, of course, would have an impact on our always-precarious finances.

Brother Aiden and I have been crunching numbers and drawing up contingency plans. If everything really does “go south,” one option would be to have Mother and Sister Marie alternately use Aiden’s ‘92 Honda Civic for Uber duty. True, the rural Midwest wouldn’t seem to be promising territory for Uber drivers. But if, driving at night after their farm chores are done, Mother and Marie could drum up as little as $300 a month, it could make all the difference.

In other news, I’ve been thinking of writing a long poetic cycle on agricultural themes—a contemporary updating a Virgil’s Georgics.

More to come on this.