Fighting for Animals in The Courts 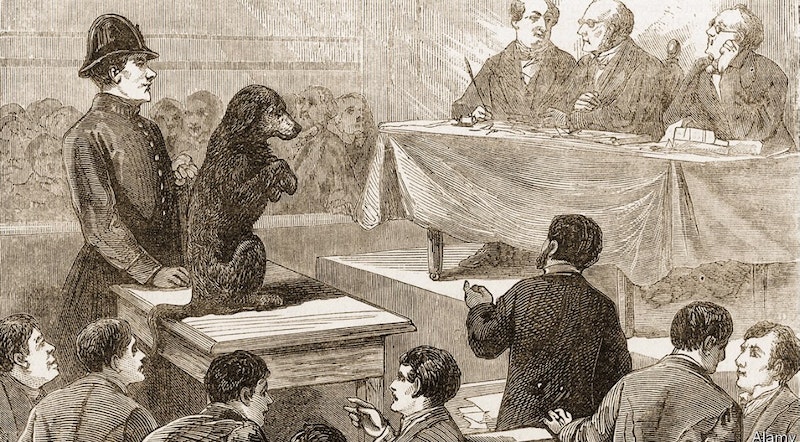 Christopher Berry is a managing attorney in the Animal Legal Defense Fund's civil litigation program. He works on a number of issues, including factory farms, puppy mills and consumer rights. I recently interviewed him for Splice Today about how activists can help animals through the court system.

Splice Today: Should animal activists take an interest in the selection of judges?

First, courts can recognize that existing law requires better treatment for animals or their advocates. For example, animal advocates and other public interest groups led by the Animal Legal Defense Fund have successfully challenged several state “Ag Gag” laws as a violation of the First Amendment in response to the animal agriculture industry enacting those laws to stifle undercover investigations of factory farms. As another example, many instances of animal exploitation that are occurring seem to qualify as straightforward animal cruelty that could be challenged in court.

The third reason is meta: courts themselves are a gatekeeper in deciding who has the right to be in court in the first place. This is known as “standing” and is a major issue in animal law. A plaintiff typically needs to sustain an “injury” to have standing to sue, but courts have historically refused to recognize injury to animals as giving animals standing to sue. Sometimes a human or corporation can allege an injury, but these injuries aren’t usually as strong as the injury to the animal. As a result, standing is often litigated in animalprotection lawsuits, and I’ve seen many otherwise meritorious lawsuits tossed out on standing.

Courts are important to the animal protection movement, and judges are the individuals who represent the courts. Animal advocates should absolutely take an interest in making sure that courts are staffed with good judges.

ST: What are some good litmus tests for animal activists to apply to potential judges?

CB: It’s very important that potential judges appreciate the importance of public interest litigation, and the standing issue in particular. (As I explained previously, a plaintiff typically needs to sustain an “injury” to have standing to sue. However, courts have historically refused to recognize injury to animals as giving animals standing to sue, and injuries to humans or corporations caused by mistreating an animal may appear weak or non-existent.) The purpose of the standing requirement is to ensure that courts only spend their time on cases where there’s an actual controversy and all sides are motivated to thoroughly defend their positions. In practice, courts have largely adopted rigid and idiosyncratic rules around standing that privilege even trifling economic injuries over other types of injury such as mental anguish. This makes it easy for industry to go to court when their bottom line is affected, but difficult for animal and other public interest advocates when an animal is suffering, the environment is harmed, public health is put at risk, etc. Animal advocates can look to judicial interview answers, prior opinions if the potential judge has already been a judge in another court, and professional involvement in public interest advocacy as some indicia of whether a potential judge is likely to be sensitive to broad public interest or animal standing.

Another important consideration for potential judges iswhether they care about and appreciate animals as worthy of moral consideration. While a judge’s job is to simply “apply the law,” it’s impossible to discount the fact that they’re humans with individual perspectives. A judge who cares about animals is less likely to discount the animals’ interest in ruling on animal-related cases. It may be difficult to gauge a potential judge’s moral appreciation of animals, but perhaps you could at least rule out people who exploit animals in their personal or professional lives.

ST: Would it be worthwhile for animal activists to form something equivalent to the Federalist Society for compassionate judges?

CB: It’d be useful if animal advocates could utilize something like the Federalist Society for compassionate judges, but also difficult as a practical matter. The Federalist Society is successful because of its deep network and strong sway with the Republican Party. In order for a similar organization to replicate that success for animals, it would need a network of prospective judges, judges, and high-ranking political officials eager to leverage their power for the compassionate judges. Such an effort would be further complicated by the fact that animal law is split between the state and federal level, and such an organization would need influence in all fifty states in addition to the federal government. I can imagine some alternative efforts that might be successful. For example, animal advocates could work within existing judicial selection organizations to elevate animal-related issues, or could strengthen ties with other public interest organizations around common issues such as standing.

ST: What are possibilities of change for animals through the courts?

CB: Current laws provide potential to protect the lives and advance the interests of animals. One of the greatest potentials for change is elevating the legal status of animals through the courts. Historically, animals were deemed mere personal property and the owner could do whatever they wanted to the their animals. Over time, the status of animals has gradually increased with the enactment of state animal cruelty laws and other laws. Meanwhile, a scientific consensus has emerged that animals (at least vertebrates) are sentient, capable of happiness and suffering, and experience the world like we do. As a consequence, there’sa lot of room for courts to recognize the increased status of animals through issues such as exercising authority to re-home animals kept in cruel conditions, considering animal interests when separating marital property during a divorce, valuing companion animals higher than their market value, recognizing animals themselves as “victims” of crimes, and even potentially recognizing that animals have standing to sue when someone violates their right to be free from cruelty.

Another potential for animal protection in the courtroom is as simple as just fulsomely applying animal protection laws that are already on the books. Every state has an animal cruelty law that generally prohibits causing an animal unnecessary death or suffering. Thus, many forms of common exploitation such as factory farming seem to plainly qualify as animal cruelty. Many states exempt normal forms of exploitation—such as “standard” agricultural practices and “properly conducted” scientific research, for example—but even so, any deviation from normal behavior that causes unnecessary animal suffering or death would still qualify as cruelty. A problem is that government officials do not aggressively prosecute animal cruelty cases involving institutional exploitation, and animal advocates face an uphill battle getting into court in the first place due to issues such as standing.

Courts are also a venue for challenging industry favoritism by the government. Advocates can often challenge government agency actions that are “unlawful” or “arbitrary and capricious.” Advocates can also challenge laws that violate their civil rights, such as challenging Ag Gag laws as a violation of the First Amendment. These are just a few examples and I’d encourage anyone to read through the Animal Legal Defense Fund’s civil docket for a more complete picture.

ST: What are the limitations of change for animals through the courts?

CB: The single biggest limitation for advancing animal interests through the courts is that courts can’t just make up laws and are bound by constitutional law, statutes, and regulations. If a state’s constitution protects the right to hunt animals, then no amount of clever litigation is going to get around that. In other words, you need a legislative fix or constitution amendment to some problems. Even when a law appears to say one thing, a judge might disagree with that interpretation or find as a factual matter that it doesn’t apply. There’s always an appeal, but if the appeals process doesn’t work out in your favor then you may need a legislative fix or constitutional amendment.

Another significant limitation is that courts are conservative by nature and hesitant to stray from societal norms. Judges are individuals who are part of society and subject to the same norms as everyone else. Judges also don’t want to be seen as usurping the role of the legislative branch by changing society. This leads to tension where even when the law seems to dictate an outcome, judges may spin the law (consciously or unconsciously). This tension is especially pronounced in cases challenging factory farm practices—it must create a lot of dissonance to consider animal cruelty runs rampant throughout the animal agriculture industry, that such cruelty has been tolerated by the government and rest of society for decades, and that the judge might be complicit in that system of cruelty.