The Day I Got Fired

It was 45 years ago and completely justified. 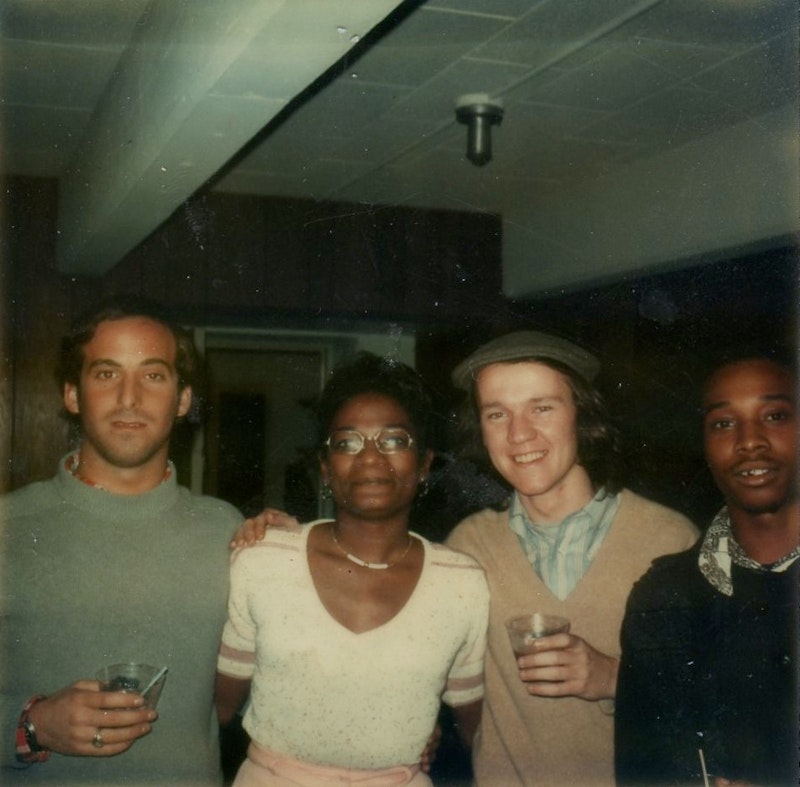 It was a breezy, humid early evening in the spring of 1976 and out of nowhere there was a series of thunderstorms that left me high and soaked as I stood sentry at my parking lot attendant job at the Johns Hopkins Club. Naturally, I was without an umbrella, so I ducked under the outdoor roof of the Club and lit up a joint. Unfortunately, because of the mild weather, the windows upstairs were open and soon enough my boss, the dashing (at least in his mind; the duds on this fellow and the flash car were something else) Mr. C. appeared and said, “Jesus, why do you have to smoke that shit so close to the building?” Inordinately calm, I dead-panned, “Because it’s raining, man.” He nodded, as if that was a logical reason and I completed my shift.

Two days later, my co-worker and longtime friend Howie and I went upstairs to the kitchen to collect our paychecks and were told by the crusty Mrs. Curley that because of upcoming automation—meaning an electronic guard that kept non-members out of the lot—our services were no longer needed. Effective immediately, as in made redundant. I’d told Howie about the joint incident, and while he rolled his eyes, he figured we’d skate, as we’d done on many occasions—leaving our post for an hour if it was too cold, waving through friends who needed a parking spot—but this was the end of the road. Which sucked, since we drew $25 a week for nine hours of work (three days each), plus a gratis dinner every night. As a kind of wake, we walked up to Waverly, blew some cash on dinner at Pecora’s and then drank pitchers of beer down Greenmount Ave. at Godfrey’s Steer ‘N’ Beer.

(The Hopkins Club, started in 1899, 23 years after the University opened, is a low-key institution, an attractive Georgian building that overlooks Wyman Park Dr., my favorite road in the city, and stands in stark contrast today to all the really ugly edifices erected in the past generation, as the number of students has swelled from 2000 in my day to over 5000 now.)

I was 20 at the time and had had a slew of jobs, but this was the first (and last) time I was fired. That gave me pause, but not for long. (In fairness, the following year I started my own newspaper, along with several compatriots, and since that time I’ve always been my own boss, so there weren’t opportunities for pink slips, golden parachutes or “Get the fuck out of here, you’re gone!”)

Objectively, Howie and I figured that the easiest job in the world—except when it was freezing outside—couldn’t last forever and thought of ways to make money until a summer job opened up six weeks later. (I landed a spot fetching newspaper clips for reporters at The Baltimore Sun—at very decent pay—and I believe Howie returned to his lifeguarding slot on Long Island.)

We couldn’t really complain. In the fall of 1973, a few weeks after starting freshman year, my roommate Mark and I lucked upon the job—right place, right time—and at least at first, we followed all the rules, as conscientious colleges students often do. There was a time in the winter of ’74 when we were both tripping, but it was mild acid and as I’ve noted, the job wasn’t that taxing. We were upbraided once for walking barefoot in the kitchen, but that was quickly sloughed off. When Mark left Hopkins after one year—he was from a large family and even on a partial scholarship, the financial freight was too burdensome— and returned to Houston, Howie inherited his shift and we got a bit looser.

We worked from five to eight p.m. (alternating days) and then convened in the bowels of the shabby basement to have our dinner. University club grub is, as a rule, pretty drab and WASPy, but it beat (in freshman year, the dining hall; after that, sub shops or delis) the alternatives, and we often treated friends to meals that we’d give up for the company. Billy McKey, a wonderful fellow who split rent on a Waverly apartment with Howie and me in our junior year, often came for the prime rib or chicken cordon bleu and a raid on the keg of beer and ice cream freezer (off-limits to employees, but Mrs. Curley and Mr. C never ventured below the first floor). Dave Adam, Pete McGuire, Joe Griffith, Eileen McGinnis and Jessica Mendoza were also guests on occasion, especially on Friday and Saturday nights when we’d plan that night’s revelries.

But mostly Howie and I hung out with other employees—cooks, waiters and waitresses, busboys—and that was almost always a lot of fun. At first, these fulltime workers at the Club were somewhat dismissive of us, two college kids who’d never set foot in their neighborhoods, but as is common in workplace settings, decent and polite people warm up to each other, since the common denominator of gossip, complaining about the bosses and, at least in this specific case, a shared appetite for reefer washed over any mutual apprehensions. The photo above was taken in our servant quarters just a month or so before Howie and I got canned, and though discretion forbids me from divulging the names of our co-workers, these two were (and I hope still are) splendid people.

Several years later, in 1984, I became a member of the Hopkins Club—its dues weren’t exorbitant and the prices for food mid-level—and when I first had dinner there, with a City Paper colleague, the reception was, not to get mushy, endearing. I exchanged handshakes and hugs with former co-workers, and even got a big wet one on the cheek from Mrs. Curley, who perhaps was having a Biden moment. When I moved to New York in 1987, I let the membership lapse and didn’t renewed it upon returning to Baltimore in 2003, although I’ve been a guest for lunch a few times. The food still sucks.