Heaven and hell are right here with us, so it's only natural. 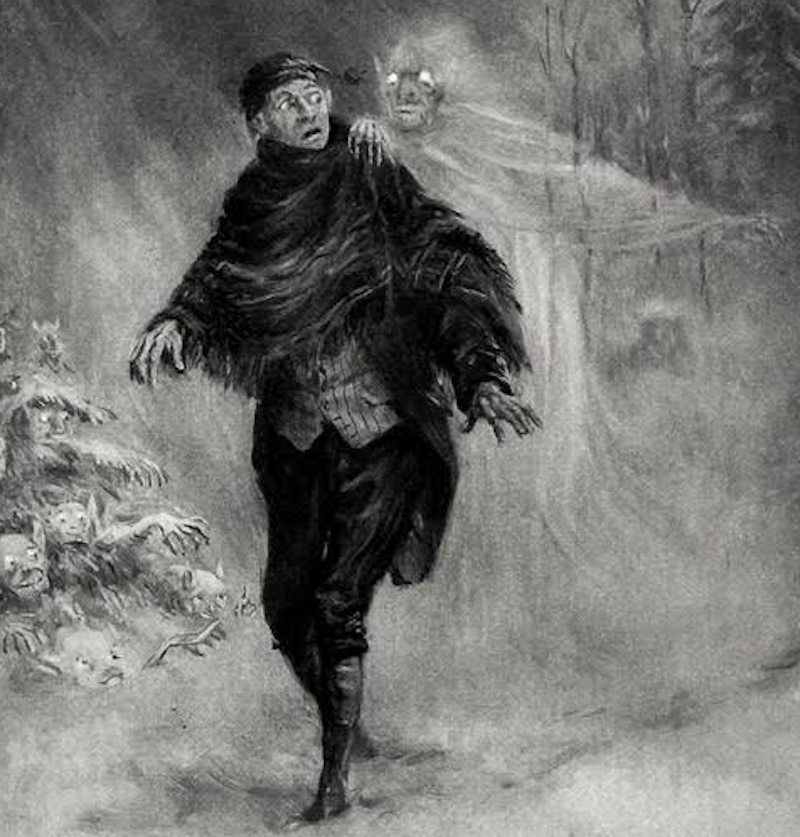 I've never seen a ghost, but I've felt the presence. Spirits surround us. They come and go freely, around dreams that haunt the daylight hours. Heaven and hell are right here with us, so it's only natural. I've known plenty of angels and too many demons. Angels outnumber demons, but devils are the ones you can never forget. They prey on the mind to consume idle hours with evil intent. Ghastly apparitions are a different creepy story. Not so scary or spooky, though unsettling at times. Ghosts are those lost souls who wander beyond the veil of perception haunting the real world. The one we inhabit, that place where all's not what it seems to be.

Reality is a series of personal choices. Believe in what you like, gods, ghosts, angels, or devils. Not seeing ghosts doesn't mean they're not around. Old prisons, insane asylums, hotels, and bars are the usual settings. Places where people once lived died and hung out. Maybe like God, ghosts are always invisible. The leftovers of static life energy. Since the invention of the camera, unscrupulous shutterbugs have duped folks with phony ghost photos for a price. Seances where the dead visit, speaking to loved ones, are another long-running scam. A knock-knock on the table is usually heard, or a lit candle mysteriously goes out while the medium sits in a deep trance. Communicating with the deceased from a spiritual afterlife while moaning and groaning in unearthly voices.

Talk about being taken for a ride. Ghosts R Us. There's money to be made in fleecing loved ones of the dearly departed. You can't have a spirit without a dead person involved. Then there's the holy ghost. In tight with the father and his son, amen. Malarkey. This Jesus guy is persecuted, nailed to a cross, dies for your sins, goes to heaven, and returns from the dead three days later, intact. There are never any questions about what dead Jesus did after he rose from the tomb. What did he do after the afterlife? Roam around the countryside like a traveling sideshow freak? Passing the collection basket, no doubt. That seems to be the sham sitting in as God's right-hand man.

Because we're pure energy, electromagnetic waves in a field of spooked-out quantum weirdness, an entire lifetime unfolds in a blinking nod. The past, present, and future entangle in the same eerie motion at the exact split fraction in eternity. It's plausible to consider birth, life, and death happen all at once. Mere phantoms in the illusion. A residual shadow in the pall of existence. Ghosts in the equation. Erased from space, leaving a vacuum in the void of shared memory. We're not here right now. Please leave a message from the past in the future later on, wait for the beep. Thanks. Even the events before conception are pre-ordained in this manifest destiny. Beep! Ghost Riders in the sky.

Sometimes I hear echoes of my dead mother's voice calling me. Tommy! Tomboy! The sound of my Aunt Helen's laughter comes to me in waves through my wife's laughing along with me. I've heard voices. I've seen dead pets in my peripheral vision. A split-second glimpse of something from the corner of the eye. The memory of a sound or vision returns again. Like spirits, lost souls are wandering around. Yet I've never seen a ghost. Maybe I'm already one. We’ve already lived, died, and still live on in that impression-stamped repeat of a memento. Life embodied in the flesh, waiting for things that already occurred. Looking for spirits in a mythical history of ghosts.

Time is weird the way it comes and goes. It's like we never left. Looking through mirrors reflects an image of what you've been gazing into. Why wait for something that was just here and gone, bouncing back again? So, the "you" that survived, just arrived, is the same "you" that was, who just left. Chasing shadows or running away from them is no way to live in a dead world of future past, and dying ain't much of a living. Give up the ghost. Now you see it. Now you don't.