The sport's rewards are not measured by the number of fish caught. 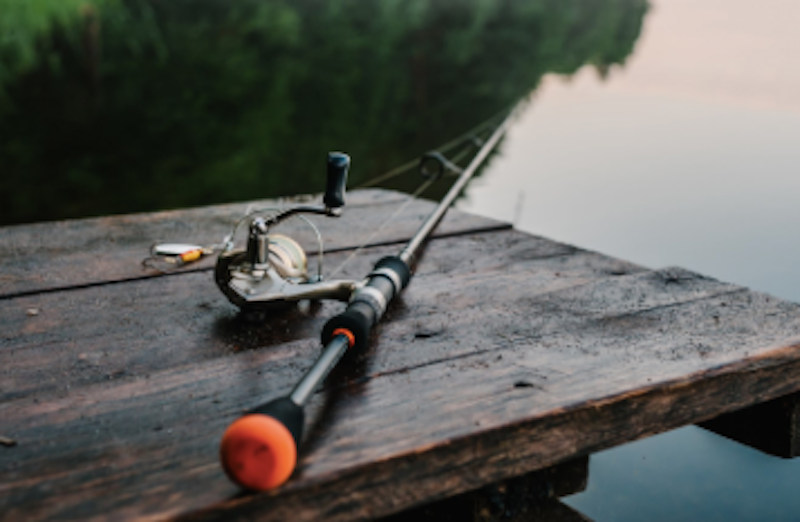 Recently, three of us went fishing on a boat for four hours without catching one fish. One of us hooked one, but it got off the hook. It was surprising because we were using the most effective bait—live shrimp—and had my friend Ernie, a former charter boat fishing captain, as our guide. After returning to the dock, I told another fisherman about our bad luck, which he said didn't surprise him. I asked him why. He replied, "That's why they call it fishin', not catchin'," and then walked away like it was a mic drop moment.

Despite our collective strikeout, the three of us agreed that it was a pleasant day on the water under a clear blue sky. In fact, I've never had a bad day fishing, because just being on the water's so pleasant. As American anthropologist, Loren Eiseley, once wrote, "If there is magic on this planet, it is contained in water."

I've had bad days playing tennis, when one of us stormed off the court in a huff or argued over a call, and bad days on the golf course, when I'd throw my bag, which is embarrassing (and I quit doing it years ago). But that doesn’t happen when you're on the water.

My Uncle Bob taught me how to fly fish when I was about 12. We'd go to the Chemung River in upstate New York after dinner and catch mostly carp, which are known as "garbage fish." In that river, it was strictly "catch and release." Bob was a purist who'd never think of using live bait. In smaller streams, we'd catch trout.

Away from Bob I wasn't a purist. I'd use worms or whatever worked, and a spinning rod. I once caught a five-pound lake trout in Keuka Lake (part of the Finger Lakes in upstate New York) trolling with sawbellies, which are live bait that swim around on the line around as the boat moves forward. I also caught a perch in Saranac Lake in the Adirondacks using just a hook.

I didn't do much fishing after going away to college, which I now regret. Just recently, after moving to Florida, I’ve once again become an avid fisherman, spending hours on YouTube getting up to speed. Florida's one of the best fishing states. While Montana's often ranked number one, there's months there when it's too cold to fish. Florida has a variety of waters and places on those waters you can fish from. There's the Gulf of Mexico, in which you can fish from the shore, off of a jetty, off a pier, or underneath a pier. Piers, jetties, docks, oyster beds, and rocks are examples of what the fishing world calls "structure," which you won't find if you go too far offshore. Structure attracts baitfish, which attract the fish we want to catch.

You can also go way offshore in the Gulf and catch the really big fish, or choose to fish in the "flats," which are shallow, saltwater bodies of water that often have tall grass. That's where we fished the other day, and you have to be careful in a motorboat because the water gets shallow. Generally, you want a boat in the flats, but if you don't have one you can fish from various places on the inland waters. I fish off a bridge at one place, Dona Bay, and from the shore on Shackett Creek, a three-mile stream located within a watershed.

As for not catching anything the other day, there's a number of ways to put it in perspective. The challenge for the fisherman lies in the variety of food choices available to fish, not necessarily the number of fish in the water. If the angler is unable to present his bait in a natural way, he could be in for a long day. Fish want to eat efficiently in order to save energy, meaning they don't want to think much about what they'll strike. If the fisherman makes them think twice, the fish will often pass, which is why you can fish in water packed with fish and get nothing.

I hear people talking about their big haul, and then putting photos of it on social media. That "conspicuous consumer" type wouldn’t be thrilled with fishing for four hours without catching a fish. Nothing to post on Facebook, meaning it was a waste of time. I'm not interested in a big haul, and I find such fishermen off-putting. Not being interested in taking a bunch of fish home to cook up frees me from agitation. Fishing's not about "achievement." It's about living in the moment and disconnecting oneself temporarily from the hubbub of daily life.

Novelist Thomas McGuane, expert fisherman, wrote a fine book about fishing—The Longest Silence. One observation he makes is that many fishermen like to imagine that they're in a battle of wits with a fish—that it's a "sporting proposition." Fish, he posits, have no sporting instincts. All they want to do is eat in peace, and not be eaten themselves. It's only sporting if your prey's beneath you on the food chain.

McGuane's always released his fish back into the water, which is my plan, but with exceptions. On some days, I'll keep one or two fish for table fare if it's the right fish. The only way I'll ever be able to cook up a black drum at home is to catch one, because that fish can't be commercially harvested in Florida.

McGuane talks about the silence of fishing, which is one of the sport's great beauties. I've found no silent spots like I used to when fishing in upstate New York, California, and Oregon. The piers and jetties are crowded. The place on Dona Bay is on a busy bike path, and the Shackett Creek location has big boats running through it, their occupants pleased to be seen. I'm going to have to make finding McGuane's long silence a priority. I'm unable to meditate, for some reason, but solitude in nature is something that, to me, approximates that practice.