The stuff of my being is matter, ever changing, ever moving, but never lost. 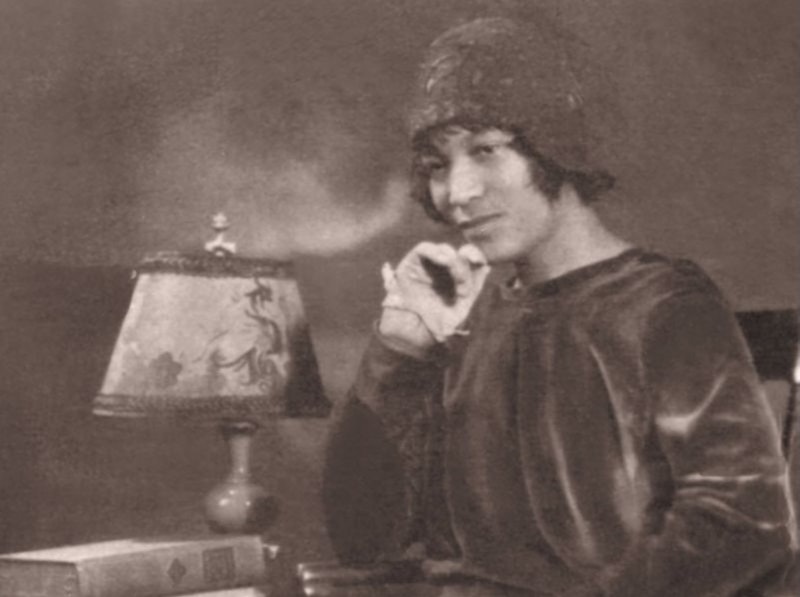 People just like you often ask me, "Yo, Professor Asshole, who's your favorite writer?" I do have a roster. And if you knew me a bit, you wouldn't be surprised when I said, "David Hume. Henry David Thoreau. Soren Kierkegaard. S.J. Perelman. P.G. Wodehouse." I used to lie awake at night asking God to give me Perelman's prose style. You might be surprised that I read philosophy books for the felicity of the prose, but you'll notice that I didn't say “Aristotle,” “Kant.” “Hegel.” Bertrand Russell was sharp, though, and W.V.O. Quine. Note that I didn’t list "James Joyce."

I have a lot in common with the people I've mentioned, including relative pallor and a dick. I have less in common with my favorite novelist Zora Neale Hurston, who was also a great essayist (a new collection, You Don't Know Us Negroes, was just published, and includes some previously uncollected items). But in some ways I feel more intensely about her than the rest, except maybe Kierkegaard. Every time I read her, I have the sensation that I am her, that I understand her deep inside, that we think the same way, that I know how she got where she is and have a sense of where she's going next. I have the sensation that she and I are very much the same sort of person. I think Zora would welcome that, but I also think it makes no sense in the context of today's "identity politics," in which a black woman writer is liable to be thought of as writing black women's experience for a black female readership, who will feel "seen" by the writing.

I'll try to show you some of the reasons for my Zora veneration. Take the passage below, from her autobiography Dust Tracks on a Road. Her mother and everyone else thought little Zora was playing too much with the boys. Why wasn't she playing with her dolls like the other girls? But, she says, "Dolls caught the devil with me. They got into fights and leaked sawdust before New Year's. They jumped off the barn and tried to drown themselves in the lake. Perhaps, the dolls bought for me looked too different from the ones I made up myself. The dolls I made up in my mind, did everything. Those store-bought dolls had to be toted and helped around. Without knowing it, I wanted action."

Zora did write as a black woman, and about black women's experiences, or a particular black woman's experiences. Zora Neale Huston grew up in an all-black town (Eatonville, Florida); I grew up in a lily-white enclave of Washington DC. Zora scraped and fought for every shred of education she got, at Morgan State, then Howard, and then in the anthropology department at Columbia, where she was both mentored by and somewhat condescended to by figures like Franz Boas, even as she did amazing work on Afro-Caribbean and African-American folklore. I had a fairly smooth and standard run through college and grad school.

The barriers Zora faced to become and stay a writer were almost inconceivable. She had to beg for patronage from white philanthropists just to get the space to write a novel. A volume of her correspondence was published in 2002, and it sometimes shows her pleading, albeit with a flippancy she uses to take the sting out of her own situation (she's a rollicking wit, even in the worst of circumstances). At one point she tells her patroness Charlotte Osgood Mason, who's given her a series of minimal grants, that she needs a pair of shoes and that she can't afford feminine hygiene products. I've been broke and in debt, but these things are relative.

I think it was in the introduction to the letters that I read this: "Through her whole life, Hurston never owned a reliable typewriter." It's as though Virginia Woolf had to spend her life figuring out how not to go to work as a maid. If Woolf had managed to write To the Lighthouse anyway, it would amount to an astonishing act of will and perserverance, as well as a great novel. I'm starting to think I need a new MacBook, mine was manufactured in 2017.

One reason that the letters and essays have only trickled out decades after her death in 1960 is Zora's extreme political problem. At the dawn of the Harlem Renaissance, she was friends with people like Richard Wright and, in particular, Langston Hughes, with whom she travelled the South. But when people like that took her to Communist Party meetings, what she found aroused her only to disgust and verbal abuse. There were these brilliant writers, reciting slogans that Zora regarded as horseshit, in unison, thinking they'd found the answer to everything. She thought they were mutating into incomprehensible totalitarians, and self-subordinating cultists. She said this repeatedly, with extreme Hurstonian flair. She ridiculed W.E.B. DuBois and Alain Locke. For her trouble, she got exiled, from literature and from her peers and mentors. By the 1950s she was living alone in a tiny house along the Suwanee River, and voting Republican. She vocally opposed Brown v Board and "forced integration." She was buried in an unmarked grave.

I know how that happens to a person, a person who’s an individualist and an anti-authoritarian (in short, an American transcendentalist, a black female Thoreau). That everyone around her agrees about x strongly suggests to her that x is false, and it strongly suggests to her that the people around her are incapable of independent ratiocination. Zora despised consensus. That’s a good way to become a pariah, I’ve found. It definitely prevents you from uncritically buying totalitarian collectivism. Then you're really in trouble.

In her introduction to the beautiful novel Moses, Man of the Mountain, Hazel Carby notes that the women in the novel are all portrayed fairly negatively: as vain, self-involved, or just distracting the great men from their God-given project. Carby makes this a failure of empathy. But one thing she's not getting: Zora Neale Hurston wanted to transport empathy across state lines. I know who Zora was identifying with as she wrote that book: Moses, who's the only character we see from inside. She connects with him human to human; she thinks gender's irrelevant. She's as close to her male as her female characters, as close to her white characters as her black ones. It’s an argument, conducted across a series of novels: we’re all basically the same.

"I found that I had no need of either class or race prejudice, those scourges of humanity," she wrote in an essay tucked into the back of her autobiography. "The solace of easy generalization was taken from me, but I received the richer gift of individualism. When I have been made to suffer or when I have been made happy by others, I have known that individuals were responsible for that, not races."

Everyone who’s run into it has been flummoxed by her last published novel, Seraph on the Suwanee, which is about poor white people. Only a few ancillary characters are black. I know she intended to prove that she wasn’t to be ghettoized, that she was a novelist of the human, not only the black experience, though she was as attentive to and as appreciative of black expression as anyone has ever been. She succeeds because she always succeeds, because the prose is so free, so rollicking, so hilarious, so sharp. Because the characters feel real. Because she writes sentences as though she were writing music.

And speaking of Thoreau, her fellow cultist of trees, this passage, with slight adjustments of diction, could have been written by him.

Life, as it is, does not frighten me, since I have made my peace with the universe as I find it, and bow to its laws… Somebody else may have my rapturous glance at the archangels. The springing of the yellow line of morning out of the misty deep of dawn, is glory enough for me. I know nothing is destructible; things merely change forms. When the consciousness we know as life ceases, I know that I will still be part and parcel of the world. I was a part before the sun rolled into shape and burst forth in the glory of change… Why fear? The stuff of my being is matter, ever changing, ever moving, but never lost; so what need of denominations and creeds to deny myself the comfort of my fellow men? The wide belt of the universe has no need for finger rings. I am one with the infinite and need no other assurance.

Not exactly identity politics, is it?