The Besieged City, Clarice Lispector's third novel, is an interesting way into the work of the late Brazilian author. 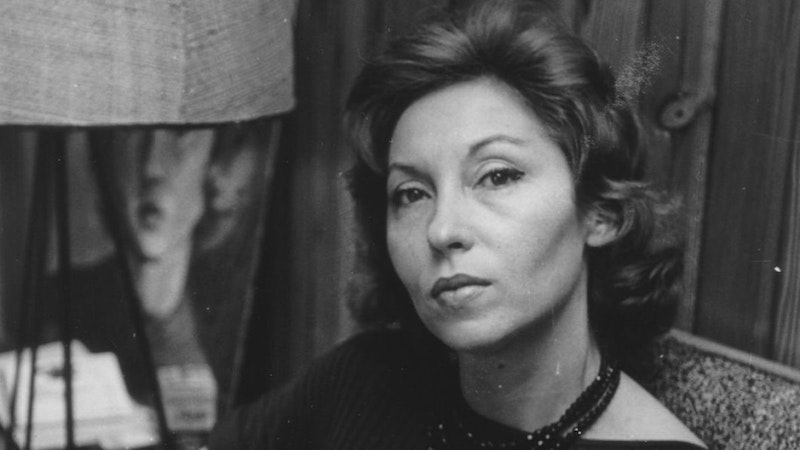 Clarice Lispector is one of the great names of Brazilian literature, and her fame in the English-speaking world has risen at least since 2009, when Benjamin Moser published his acclaimed biography Why This World. Over the last 10 years much of Lispector’s work has been translated or retranslated, and her third novel, A cidade sitiada, was recently put into English for the first time by Johnny Lorenz under the title The Besieged City. The volume’s an interesting way into Lispector’s work.

The Besieged City is usually considered one of Lispector’s least-successful novels, which is presumably why the 1949 book wasn’t translated into English before now. But there’s a difference between a minor work, and a minor work of a great writer. Lorenz’s translation brings out the linguistic power and experimentation in a text that Lispector herself kept working at, off and on, for 15 years.

The book revolves around a woman of no particular intellectual accomplishment, Lucrécia Neves, who begins the The Besieged City as a single girl and ends it a widow. And it revolves just as much around her city, São Geraldo, which begins the novel as a backwater where wild horses roam, and ends it as a rising metropolis where mechanization has displaced the horses. But it’d be inaccurate to say the book’s the story of either of these two, or even that it’s a story at all.

There are vividly-described moments, and characters make choices, but those choices rarely lead directly to subsequent choices. If a story is a logically connected series of incidents, that’s not a word easily applied here, as The Besieged City avoids that kind of narrative logic. It’d be more accurate to describe the book as a kind of extended essay or prose poem, a fantasia on several themes: Lucrécia, São Geraldo, horses, fishes, physical objects (“things”), vision, light, time. The construction of the book is precise, particularly in the way the symbols alternate. There is a pattern, even if not a traditional narrative.

Still, the book succeeds because the prose is ecstatic and unyielding, tight and contradictory. Lorenz’s task must’ve been daunting. The novel explores language, directly in its own verbal structure and symbolically through Lucrécia’s observations, and for it to succeed as a work in English meant that Lorenz had to not only faithfully replicate Lispector’s symbols and deliberately unconventional phrases, but also establish a register that accommodates those things. His text is a fine work of English prose, and so has to be considered a success.

As long as one understands what kind of a text this is. Dramatic action is unconventional at best. Moments are intensely realized, and epiphanies are frequent, but assembling these moments and epiphanies into a whole and recognizable human individual is oddly difficult. But then that’s also not necessarily the point; one perfectly credible reading would cast Lucrécia as herself an object, aspiring to a kind of inhuman consciousness if to a consciousness at all. She’d described at times as having hooves or wings, so a kind of animal life more than human.

Or from another angle, a creature aspiring to the condition of the life all about her: a part of the city. But what that means is elusive. São Geraldo is not presented as a society, though we do see some secondary characters described with an intensity similar to Lucrécia. The geography’s not established, while history is deliberately left vague; the city’s relationship to time is adversarial for much of the book. What comes through is the city as a venue for Lucrécia’s dreams. Not her figurative dreams, not her aspiration, but literal dreams that we get from time to time in the book. The city as her creation, then, not a real metropolis but a kind of stage set formulated in her consciousness.

The book’s devices are familiar from the high Modernist playbook, but they feel fresh and powerful. You see what they can bring, if the consciousness deploying them is sufficiently sharp. Trying to describe The Besieged City means talking about highly self-conscious devices, and means talking about a kind of prose that doesn’t try to be clear or standard. It’s a language that disassembles and recreates language, as Lucrécia disassembles and recreates São Geraldo.

Open the book to a random page and you can pick out phrases and sentences that startle, clauses not just surprising in themselves but surprising in their conjunction with other phrases. From page 70: “The news, she was making an effort, empty.  The motionless horses in the rain.” Or: “her patience came from so many walks and brimmed hats.” Or: “she was dreaming curious in the dark, the horses were advancing on the hill, the positions of the game were switched.”

You can see why the book was not a success when it was published. In a foreword by Moser, he noted it was rejected by a number of publishers, and when it did come out one critic wrote, “Its hermeticism has the texture of the hermeticism of dreams. May someone find the key.” An afterword presents a contemporary review, by Temistocles Linhares, and then a response to the review by Lispector. It’s a good addition: Linhares argues that “the work circles around a life and a drama without managing to lend them more than a simulation of a novel,” while Lispector argues that Lucrécia’s “true story was independent of her personal story,” and that she “meant to make clear the way vision… alters reality, constructing it.”

Both comments strike me as accurate. Linhares is looking for a dramatic story. Lispector’s talking about a symbolic statement. As the second thing, the book’s a success. But if you come to it looking for the first, you’ll end up lost.