It hung tough for a time, but finally disappeared—but not permanently. 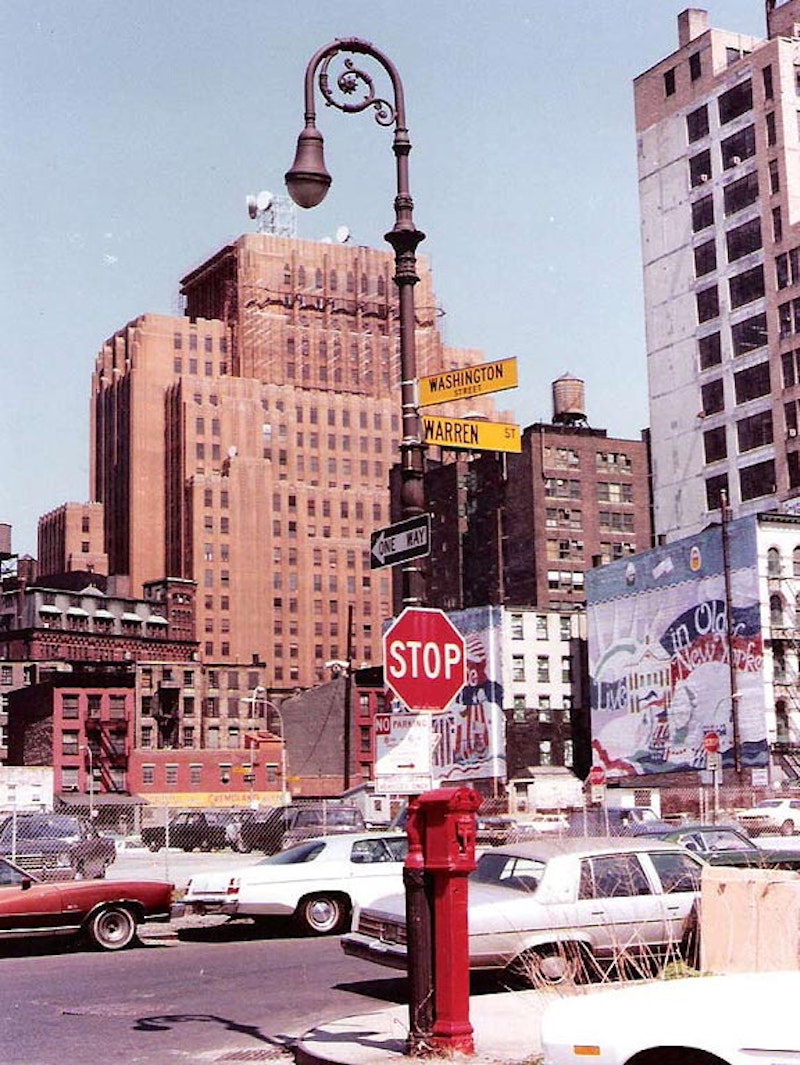 In a time and place I call Pre-Beca, in the years following the completion of the now-destroyed Twin Towers, the blocks just north of the WTC, especially those between Greenwich and West Sts. and Vesey and Hubert Sts., were once home to light industry, lofts, and what remained of New York’s Washington Market, the country’s largest wholesale food market, first organized downtown in 1812. The market, rife with corruption, was condemned by 1859, but it revived as a retail and wholesale market by 1885 and existed in the region until most comestibles began arriving in the city via Hunts Point in the Bronx in the late-1960s.

After the Market moved out, the area became preternaturally quiet, with block after block of 19th-century loft buildings emptying out, including what was believed to be James Bogardus’ first cast iron building in NYC at Washington and Murray Sts. Then, the Washington Street Urban Renewal Project demolished most of the buildings in the area—and empty lots remained until 1980 or so. The streets that ran through the area still carried wrought-iron lampposts from decades past. It was surreal.

“I came to see the buildings as fossils of a time past. These buildings were used during the Civil War. The men were all dead, but the buildings were still here, left behind as the city grew around them… The passing of the buildings was for me a great event. It didn’t matter so much whether they were of architectural importance. What mattered to me was that they were about to be destroyed. Whole blocks would disappear. An entire neighborhood. Its few last loft-occupying tenants were being evicted, and no place like it would ever be built again. The streets involved were among the oldest in New York and when sections of some were closed by the barriers of the demolition men, it meant they would never be opened again.”—Danny Lyon, in The Destruction of Lower Manhattan.

Beginning in 1975 the large housing project, Independence Plaza, and Manhattan Community College were built on the northern portion of the condemned region. PS 234 was constructed fronting Greenwich between Warren and Chambers in 1988. All of them rose on the old roadbed of Washington St., so that by 1990 very little remained of the street’s former route from Liberty St. north to Hubert. One piece, off Harrison St., is home to several Federal style townhouses that were moved to their present location in the early-1970s (they couldn’t be torn down because they had Landmarks Preservation Commission protection).

The other piece, one that became such a touchstone for me in the early days of FNY and even before that, was a small chunk of Washington St. that proceeded south from Warren just west of Greenwich. A Bishop Crook lamp, complete with fire alarm light, illuminated this ghost corner. On one side of the little piece of Washington St. was a parking lot; on the other, an empty lot. 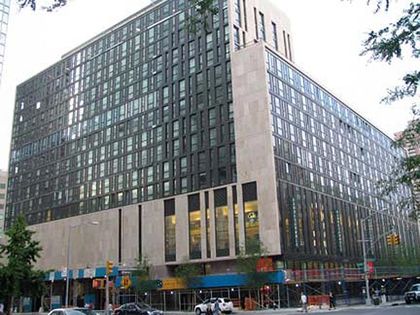 By 2008, construction began on two buildings that would fill the south side of Warren Street: 270 Greenwich and 101 Warren. This left the post at Warren and Washington in jeopardy. It hung tough for a time, but finally disappeared—but not permanently.

Local NYC lamppost enthusiast and chronicler Robert Mulero, who lives in the Independence Houses, wrote a note to the Department of Transportation about the lamppost’s fate. The DOT assured him the post was in storage and would reappear when the buildings were finished. 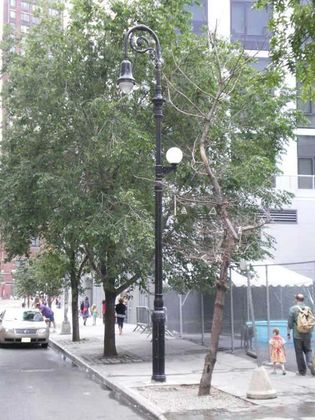 By the summer of 2008 it was apparent that the DOT had made good on its word. The agency restored the Warren-Washington post, and it now appears mid-block on Warren between Greenwich and West Sts. Washington St. has now been obliterated and its place taken by 270 Greenwich St. The DOT restored the post’s old fire alarm bracket, which used to hold first globular and then cylindrical fire alarm light diffusers in red glass, then orange plastic. The bracket has been fitted with a white globe about twice the size of the old diffusers.

There are a number of other aged lampposts around town that haven’t received such care, but deserve it. A 1915-year Bishop Crook in front of Fraunces Tavern was recently removed; it had become so rusted and cracked that it was deemed no longer safe to remain. In the Lower East Side, a rusted Crook stands rusted and unbowed behind the Hillman Houses at the former intersection of Broome and Sheriff Sts. It’s still there because no one really notices it.

—Robert Mulero is the co-author of The History and Design of New York City Streetlights, Past and Present (2016, Dorrance).