Back in the Saddle

The horse will obey a rider when he clearly understands what the rider wants of him. 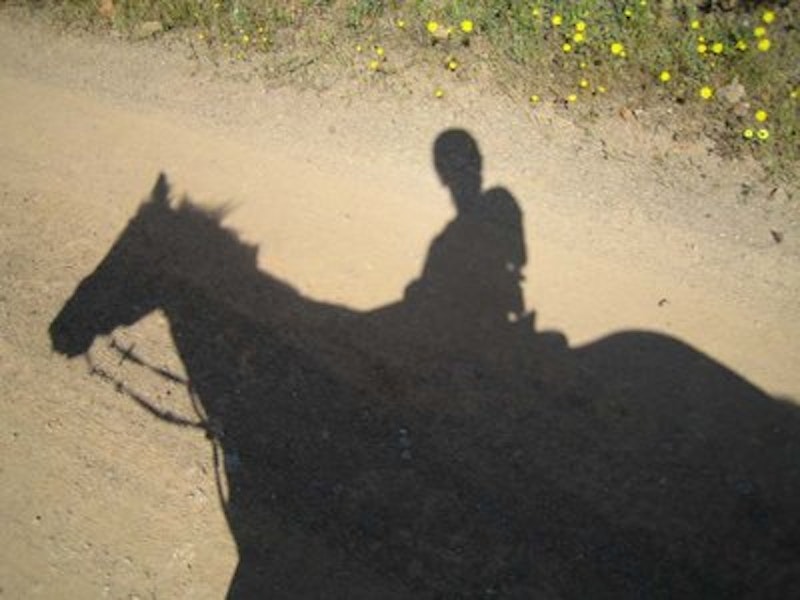 As those who read my occasional essays in Splice Today may know, on September 1, 2017, I fell off a horse in Stoddard, New Hampshire through my own imbecility in not complying with my instructor’s teachings. I have previously discussed this accident and its results: https://www.splicetoday.com/writing/unhorsed

So, after five weeks’ recovery, including a visit to the local emergency room with my wife’s aid, going through sessions with a thoroughly professional and patient licensed massage therapist, and spending much time strapped into a posture support, I felt the time had come to climb back into the saddle: the classic advice to any rider who’s had the ground come up to meet him.

I returned to Dorothy Crosby’s stable, found Julio, the horse which I ride and from which I fell, caught him with my instructor’s help, and returned to the stable where I groomed him and then, again with my instructor’s help, saddled and bridled him and led him to the mounting block. I mounted and, after we had adjusted the stirrups, squeezed my knees and thighs together. We began to walk.

Thus began one of the finest afternoons of my life. Julio was Julio: obstinate. But the past five weeks’ discomfort had helped me absorb my instructor’s teachings as I had not before. One can sometimes learn about life from books, particularly Sally Swift’s Centered Riding, which was my bedside reading during my convalescence. I was much more in control: better able to steer him and, perhaps, control my impatience in dealing with him.

The horse will obey a rider when he clearly understands what the rider wants of him. If the rider, through inexperience or for whatever reason, cannot clearly communicate through his torso, legs, and arms what he wants the horse to do, then the horse will do what he wants to do, not out of malice, but out of his own thoughts and instincts. Horses are sentient prey animals. They think for themselves. They have a strong sense of self-preservation. It follows, then, that the rider’s failure to communicate physically lies at the root of most difficulties between him and his horse.

In this rider, irritability does not result in cruelty. I’d never beat a horse, out of both decency and common sense, for if I break his spirit, then we are both undone: we are each of no further use to one another. He has to trust me; I must rely on his courage and endurance. But impatience is a failing I inherit from my father. He strove to overcome it throughout a long life. So must I.

So, focusing on my instructor’s directions, I took Julio to the trot for most of the lesson, and he generally obeyed me until he was truly out of breath and tired.

There was one odd moment that moved me. The day was October 4. At that time of year in New Hampshire, the sun begins to sink in the western sky around 4:45 p.m. We were at the trot. Suddenly the shadow of horse and rider were cast on the ground, Julio’s mane and tail gloriously flying and the horseman moving in rhythm with his steed. For a glance, for a moment, two animals were working together as they should for their common joy. For all horses love to work in whatever way they have been trained to work, and all riders rejoice in obtaining from their mount the result that they desire.

Then it was time to return to the stable. I groomed Julio yet again, put the fly mask on his head (Julio dislikes it, though he understands that he has to wear it), waited for Hannah, a very competent young instructor, to deal with some specialized issues, including insect repellent, and led him out, removed the bridle, and sent him out to graze. Then I swept up the debris and went home.