There’s new life in our step, a delight in our surroundings. 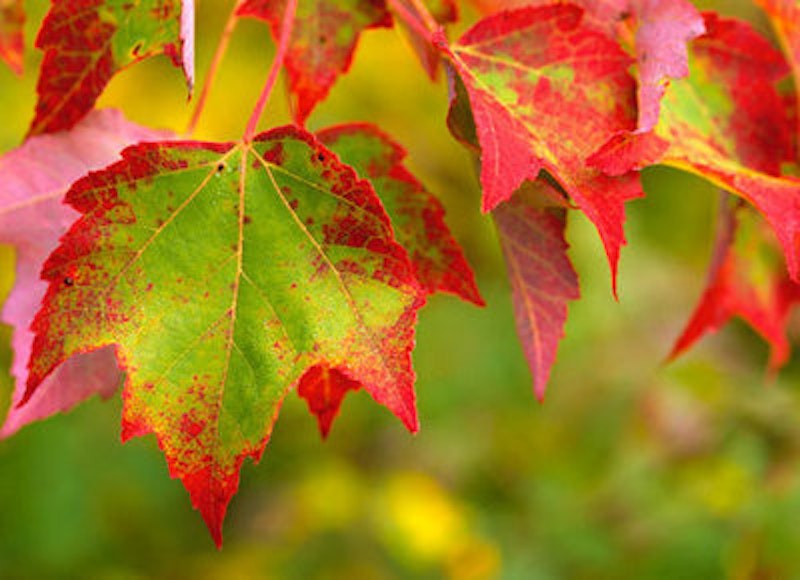 “Slow, slow!” cried Robert Frost to the fleeting days of October—and we know exactly what he meant. Even with his immortal gifts, Frost couldn’t slow things down any more than we can. Maybe his name worked against him. Anyway, October is a month that always seems to pass much too quickly; we barely have time to savor its colors and light before it disappears (and we with it) into the darkening uncertainty of November and the mirthless embrace of winter beyond.

We do love October while it lasts, though. Polls and surveys invariably show it to be ranked first or second among all months, and I, from my observation deck here in Connecticut, heartily agree. We’re at our best in October. There’s new life in our step, a delight in our surroundings and a busy energy that in some sense must harken back to our furiously harvesting forebears. I can’t imagine devoting an appreciation like this to any other month.

Do you require specifics? Here are several of the things I love:

—Good timing. It’s too late for mosquitoes and too early for holiday hullabaloney.

—Tailgating. This is one of the most congenial of all social activities—congregating near a field or stadium before a football game combining eating and drinking, the outdoors, people-watching and often the renewal of old acquaintances.

—Cider. Is cider the eggnog of October? No, it’s far superior. You can drink more of it, drink it more often, serve it hot or cold, and, unlike eggnog, it actually can be enjoyed with certain foods. Doughnuts, for instance go perfectly.

—MLB, NFL, NHL, NBA. Call it Jocktober? Once you’re done communing with nature, it’s good to remember that this is the one month of the year when every major sports league is in action. It’s also the month of the World Series Hangover Syndrome, a condition identified only since Major League Baseball and the TV networks decided their Eastern Time Zone fans didn’t matter as much as they once did. With many playoff and Series games now ending around midnight EDST, true baseball fans regularly stumble into work woozy from the night before. Still, there’s a camaraderie in the sleep deprivation that’s actually kind of enjoyable.

—False Indian summer. October usually provides one unseasonably warm Saturday or Sunday afternoon, one last sweet drink of golden light for us to carry until spring. I’ve always called this phenomenon “Indian summer,” but was told recently that, according to the dictionary, a true Indian summer is “a period of mild dry weather, usually accompanied by a hazy atmosphere, occurring in the U.S. and Canada in late autumn or early winter.” My informant went on to suggest that “Indian summer” really should not be used before St. Martin’s Day—i.e., Nov. 11.

—Canadian Thanksgiving. It’s celebrated on Oct. 9 this year. How do the Canadians celebrate? I’ve no idea, but one of these years I’m going to find out. As a big fan of our own version of the holiday, I’d be delighted to add another to my calendar.

—Halloween. Skeletons, ghosts, mummies—a holiday about death? With candy? For kids? What’s not to like, except maybe the way adults have claimed as their own?

—Smells. Decaying oak leaves on the ground on a chilly night and the sound of people walking through them. This spot once would’ve been reserved for the smell of burning leaves, but those days are long gone (although sometimes I’ll set a match to one leaf and breathe in the smoke just to recall those thrilling October dusks when our neighborhood seemed alive with piles of burning leaves, flying sparks and running kids).

Speaking of leaves, Norton has published a new edition of Henry David Thoreau’s final essay, October, or Autumnal Tints, written as he lay dying in 1862. With an introduction by Robert D. Richardson and watercolors by Lincoln Perry, it serves as a fitting memorial to Thoreau’s final days, and to life and death in general.

I began with the words of one New England master, so why not end with another? Here is Thoreau, in a sub-section of the essay called “Fallen Leaves,” writing on one of October’s many glories:

“By the sixth of October the leaves generally begin to fall, in successive showers, after frost or rain; but the principal leaf-harvest, the acme of the Fall, is commonly about the sixteenth. Some morning at that date there is perhaps a harder frost than we have seen, and ice formed under the pump, and now, when the morning wind rises, the leaves come down in denser showers than ever. They suddenly form thick beds or carpets on the ground, in this gentle air, just the size and form of the tree above. Some trees, as small Hickories, appear to have dropped their leaves instantaneously, as a soldier grounds arms at a signal; and those of the Hickory, being bright yellow still, though withered, reflect a blaze of light from the ground where they lie. Down they have come on all sides, at the first touch of autumn’s wand, making a sound like rain.”