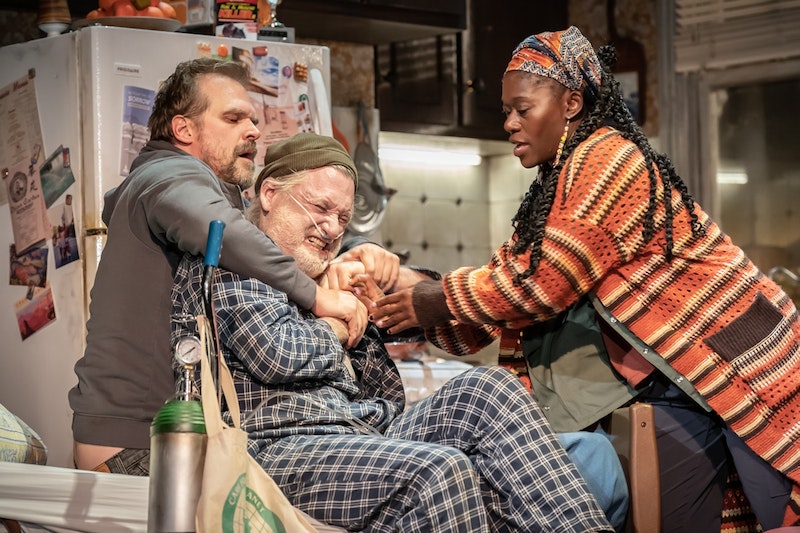 “All happy families are alike; each unhappy family is unhappy in its own way.” This is the first sentence of Tolstoy’s Anna Karenina, and the underlying principle, popularly called the “Anna Karenina principle”—that countless factors bring about failure, while a successful outcome depends only on the avoidance of those factors—has been used to explain everything from the domestication of animals to probability theory. It also explains other things, like why vacation is rarely satisfying. Ireland was a perfect example: a wave of misfortune crashed my happy family’s trip, including a Covid outbreak, lost passports, and laughably slow Wi-Fi, though none of my coughing and sneezing family members seemed very comforted when I pointed out that a successful vacation would’ve depended on those things not happening.

After ten days in Ireland, it was time to move on to less green pastures. The first stop was Paris, where I took in the Musée D’Orsay one day and the Palace of Versailles the next, a double-dose of history and culture (and walking) so potent that I still felt hungover when it was time to catch a flight to London, where I arrived in the middle of a record heatwave. This was my inevitable reckoning with an overlong vacation, each new day testing the limits of the Karenina principle. I still had my passport and had successfully evaded Covid, but there’s no evading 104-degree heat in a hotel room with no AC. Looking to beat the heat for a couple of hours, I continued my newfound occupation of ersatz theater critic at the Ambassadors Theatre, where Theresa Rebeck’s Mad House currently plays through September 4th.

Mad House counters Tolstoy’s assertion about all unhappy families being unique with an unhappy family that feels painfully redundant: the mean patriarch (Bill Pullman) standing defiant in the face of imminent death; the sensitive son Michael (David Harbour), taking care of his dad after a lengthy stay in a mental institution; the successful brother Ned (Stephen Wight), a hedge fund millionaire who only comes back when it’s time to divide his father’s estate; and the sister Pam (Sinéad Matthews), a borderline cartoonish Karen who seems equally excited by the opportunity to torture Michael as she is by the prospect of an inheritance.

Even more familiar than its dramatis personae, Mad House’s general vibe is that of a “quirky dysfunctional family dramedy” (scare quotes included), with a no-nonsense Jamaican hospice nurse named Lillian (Akiya Henry) and no shortage of bitter screaming matches. (This high-volume dramatic approach reminds me of comedian Adam Friedland’s one-line review of Cassavetes’ Faces: “You can tell it’s good because of all the yelling.”) On the former, Rebeck manages to avoid magical negro stereotypes while also recognizing the ways in which our health system’s reliance on immigrant women of color continues to perpetuate the idea of black people, particularly women, as servants and caretakers, magical or otherwise.

However, when it comes time to give Lillian a character beyond her role of family nurse, Rebeck fails her, offering her nothing beyond a sad backstory about a dead son and a sorry cliché about the stars in the sky being the same ones she saw in Jamaica. There’s something sad about watching an actor as gifted as Henry, pointing to out into the audience as if it were the sky, try to sell material this shitty. The same goes for the rest of the cast, especially Harbour and Pullman, whose performances always feel like they should be matched to a better play. Michael functions as the play’s center, and since he’s an emotionally unstable powder keg (which Harbour’s very good at), the play itself is never on stable footing, a strategy that grows exhausting by the second act. Pullman has a blast as the gleefully nasty Daniel, playing against type as an unapologetic bastard who just wants some whiskey and cigarettes while his impatient children openly ponder when he will die.

When he finally does die, it comes as a relief—to Michael, obviously, but also to the audience. Mad House is like a vacation that goes much too long: by the end, you’ll wish you were home.