God’s gift on a winter’s night. 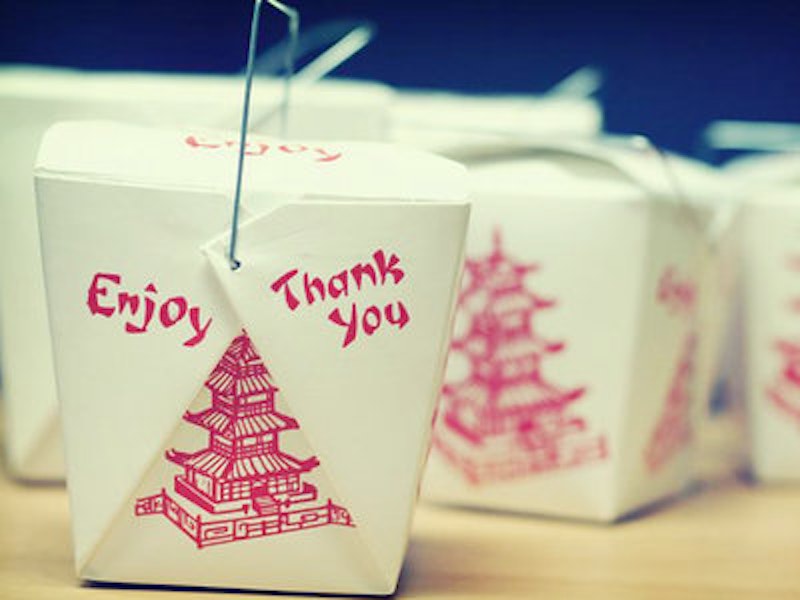 One January night after the blizzard, Jared and Michelle left the apartment to get a bottle of wine from Henry’s. Before turning out the lights, Jared grabbed the Ziploc bag of coins from the bookshelf. He’d grown tired of looking at it. Bundled up in winter coats and scarves, the two walked on Greene toward Broadway, crunching ice under their boots and looking out for the soggy dog shit amid the blackened snow.

“I figured we’d go this way first because I have an egg roll craving,” Jared suggested, passing the gate of the People’s Garden. “You do?” Michelle lamented.

“Yeah, it’ll be quick. I want to buy a pack from my favorite Chinese vendor. You got that extra dollar?”

Jared could smell the oil from across the street. A sluggish, empty bus braked before the crosswalk. The pedestrian signal flipped on. Jared and Michelle jumped over a slush puddle and skipped under the subway clamor into the take-out. It was chilly inside. The door, propped open, allowed wind to creep up on customers. Two women, one elderly and the other middle-aged, leaned on the counter before the bulletproof glass. The spectacled vendor, a woman sporting a baseball cap and apron, showed the elderly lady her box of fried chicken and rice, squirted mumbo sauce on it and closed the lid. The woman took her bag and scooted out of the way, giving Jared a place at the counter. He got the Ziploc out to count the coins and dropped his wallet with the single on the counter. Michelle sat at one of the tables.

“How much for an order of egg rolls?”

“Yeah, give me a pack. I think I have enough here.” Jared wrapped two dollars in quarters and dimes in the beat-up bill and handed it to the merchant through the slit in the glass. The middle-aged woman waiting at the counter to his right watched, and she saw him shivering. “It’s freezing, isn’t it?” Jared pulled the hood over his head, acknowledging the woman.

“It’s because the door’s open.” The woman zipped her parka, went back and kicked the doorstop loose. Slowly closing, the door shut out the cold. “Thank you,” Jared said from his seat at the table with Michelle. Jared started a conversation with Michelle. “Did you hear Bristol Palin said Tina Fey sucks at imitating her mom?”

“She said Tina doesn’t get the accent right, that she’s desperate. She also said Sarah Palin is hotter for her age and wore the shiny paper clip jacket better.”

“Of course she’s going to defend her mom.”

“The jacket was sold out and apparently SNL had to make one.” While this conversation waned and the two turned to their phones, they half-heard the woman at the counter yell, “Hey mommy! Two soups!” Leaning her back against the wall under the photographic menu, the woman sparked conversation with the vendor.

“My baby’s going to India!”

“Yeah, India! Next week! My boy’s going with his school. Each year they pick a group of kids to go. It’s like a lottery!”

“Okay. Food’s all ready. Extra duck sauce in there, okay?”

“All right, mommy! Thank you. I’ll be seeing you!” As the woman carried her bag of platters to the door, she turned her pleasing face to Jared and Michelle, and they shared in a chorus of good nights.

“Yeah,” Jared shot up to retrieve his food.

“The lady paid for two soups for you. I will bring them out.”

“Really? Oh god, that was nice. I didn’t get to tell the lady thank you. That was sweet. Thanks so much. Hey Michelle! The lady bought us two soups.”

“Aw, really? That’s kind. I wonder what kind of soup it is.”

“I have no idea.” The enthusiastic vendor placed two scalding quart containers of chicken noodle on the table between Jared and Michelle. Since Michelle was vegetarian but didn’t want to be rude, she did her best to eat the packet of crunchy noodles that came with the soups, while slowly lifting the lid on and off of her soup and pretending to breathe in the aroma of the gift. “You’ll love this extra soup. You can have mine later.”

“Yum. So good, but it’s piping hot. It reminds me of that bone soup I had in Manhattan. How sweet! Do you think the lady thought we were homeless?”

“I don’t know about that. Maybe she just saw the coin bag and the dollar and thought you were short on money. She didn’t want to see you eat just a pack of egg rolls out of desperation when you might want more. Or she could have just felt like being generous.”

“She was ‘paying it forward.’ Now I feel like I have to stop being an asshole and start doing nice things for people.”

“Are your egg rolls good?”

“The best I’ve had in Brooklyn. But the Orient in Baltimore is infinitely better.”

After Jared ate the egg rolls, he stood up. “Let’s go. This soup’s still hot. I’m going to drink it on the way to the wine shop. God, I can’t believe how blessed I feel. Two soups! I thought she was getting them for herself. She cared about us! Are you sure she didn’t think we were homeless? Does this beard make me look homeless?”