The ’98 Mercedes wagon was a good ride. 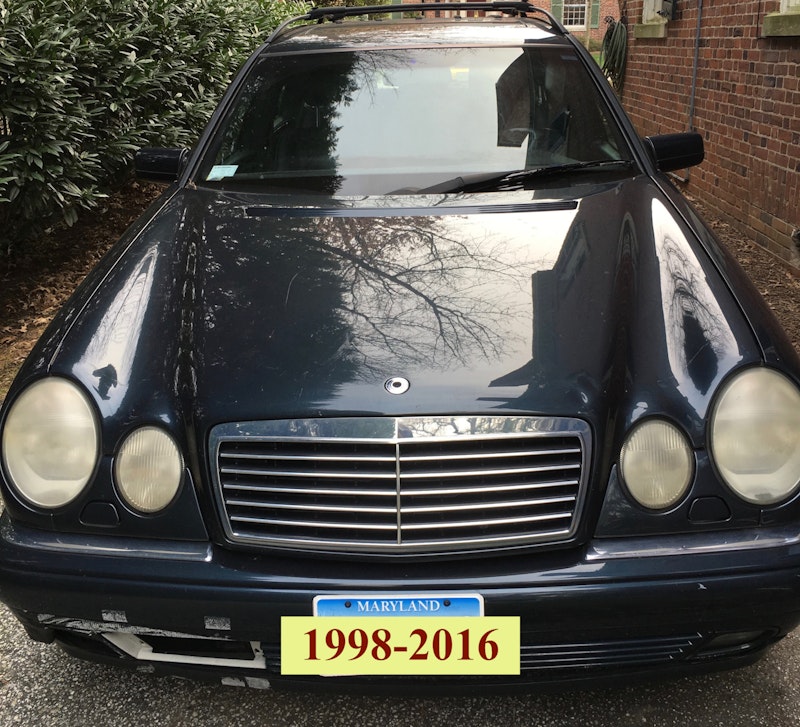 At 23, I still don't have a driver’s license. Trying to learn in high school, I had way too much anxiety about approaching cars in the opposite lane. The one driving lesson I took with an instructor went inexplicably well—don’t know how I managed to drive on the highway and through the slinking off-ramps of Timonium and Towson in Baltimore County. My cranky instructor with one foot in the grave said I’d make a good driver, but the road freaks me out. I flew on airplanes dozens of times as a kid, so I’ve never had a fear of flying or any anxiety about it at all. Whenever someone is flop-sweating and gripping a bottle of Xanax while they’re taxiing on the runway and trying not to pass out, a friend is always there to assure them that their chances of dying in a plane crash compared to a car crash are ridiculously low. Good to know. My learner’s permit expired five years ago and I haven’t tried again since.

So of course I freaked out when I heard my brother Booker stalled out on the highway in the car we’ve had in the family since 1998. It’s beyond getting fixed, and she’s had a good run. At some point I came up with the name Julia for our Mercedes station wagon, but the four of us each have a different nickname for our car—my brother’s is Mafalgador. I remember sitting in a circle at pre-school in Tribeca waiting for my mom to pick me up in our new car, our first family car, early in 1998. We rarely used it in Manhattan though, for obvious reasons—some days my dad would take my brother and me to school in a cab (he hasn’t driven in decades, though I’m not sure why), but my mom would sometimes take us in the Mercedes. We moved to Baltimore in June 2003, and by the end of the summer we’d racked up more miles on our car than its entire run in New York.

Perhaps because I spent practically all of my time in the car as a passenger, there aren’t many memories that stick out. I have very close and sentimental relationships with many of my possessions (like the one guitar strap I’ve had since I was nine that I still use), but I’m not getting too misty over Julia’s permanent parking spot in our driveway now, surprisingly enough. I’m just thankful she was put to rest in one piece, and never hit or held the dead. She was just always there. We never took road trips or drove any longer than 45 minutes away from home. The farthest we went as a family was to the AMC Loews movie theater in White Marsh, treks every weekend that took us to garbage and the greats and everything in between. This is how I came to hate NPR’s This American Life, as I heard hundreds of horribly depressing and disturbing episodes on the way home from White Marsh about aunts getting cancer, boyfriends and girlfriends leaving forever, men going bald, and sad saxophones soundtracking the bland lives of the bored dripping with existential dread.

A better NPR memory comes from the first and final drive we took from Manhattan to Baltimore in June 2003. At 10, it was sad and hard to deal with leaving the city I was born and raised in, but on that four-hour trip, the longest we ever took in the car, my mom discovered “Car Talk.” When I think of our car, out of the hundreds of brief drives to and from school and to the movies, what sticks out most is eating Burger King and listening to Click and Clack.