There’s nothing conspiratorial about it, it’s right out in the open. 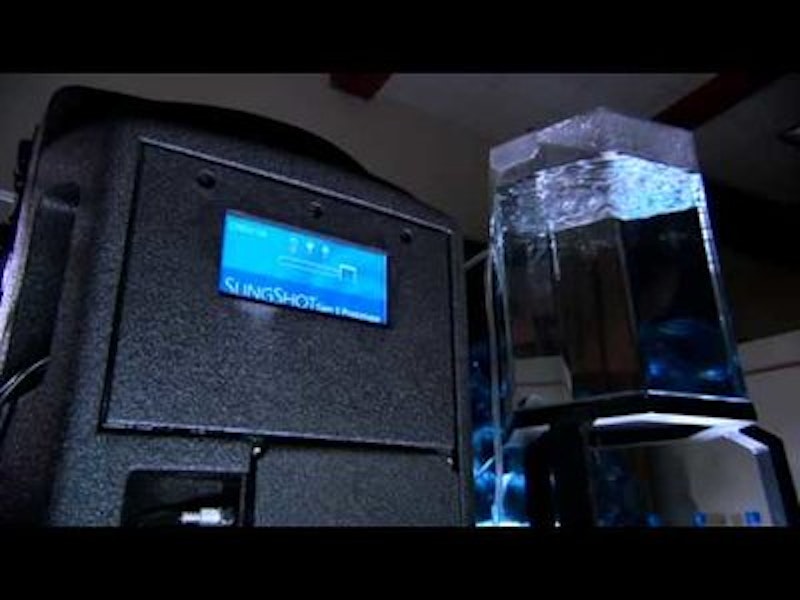 At 62, I have to keep coming up with new media input to act as a counterweight to the ever-expanding tsunami of bullshit engulfing us all here in the great abattoir of the 21st Century. I’ve been watching a lot of Netflix and Hulu. Lately, I’ve been watching Pee Wee’s Playhouse every day. It’s a great show, especially when you’re stoned, which I usually am. I got up early Saturday mornings back when it was first broadcast to watch it, usually still tripping from the night before. It brings back toasty memories of a much freer time. That show predicted the tablet computer, and had a terrific robot, as well as Laurence Fishburne as a flamboyant and possibly gay cowboy. Pee Wee is simply perfect: he’s Fred Rogers on acid.

I watched a documentary on Netflix called Slingshot, about genius engineer/inventor Dean Kamen’s elegant solution to the water crisis. It’s a vapor compression distiller that can extract water pure enough for dialysis from virtually any liquid source. It’s powered by a Stirling engine, uses no filters, and can be fueled by burning cow dung or any other combustible source. It can run on bullshit! Seeing as how bullshit is our second most abundant resource here in America (right after hubris), I see no reason why this device couldn’t be deployed to Flint, Michigan, and other communities afflicted by America’s third-world plumbing infrastructure and shady water deals. Or perhaps it’s all about the shady water deals. In a better world, Kamen would be in a position to eliminate about half of the diseases that plague humanity with his Slingshot. You can see how that might impact profits for Big Pharma and the private bottled water industry, not to mention those with an interest in depopulating select parts of the world to harvest valuable resources. There’s nothing conspiratorial about it, it’s right out in the open: business is business and business gets done. When Kamen dies, the first people he’ll meet in Heaven will be Bucky Fuller, Nik Tesla, and Preston Tucker.

The Zika virus, first identified in Uganda in 1947, is now being blamed for a terrifying surge in microcephaly among newborn babies in Brazil. It’s worth noting that the virus hasn’t done this before. It’s further worth noting that Brazil uses a wide range of pesticides that are banned in most of the world, that these women are being vaccinated during their pregnancies, and that eugenics enthusiasts at the Bill & Melinda Gates Foundation funded the development and release of a novel genetically modified mosquito of the very species that harbors and transmits the Zika virus. Clean water might help. There’s enough bullshit around this Zika story to power Slingshot devices to provide clean water for everyone in Brazil.

I have a lot of feminist and LGBT friends on Facebook. I was proud to call myself a feminist back when it was about women’s reproductive choices and the Equal Rights Amendment. Somewhere back during the 1980s it transitioned into something else, prioritizing critique of white male behavior over any real quest for equality. “Men of color” get a free pass from contemporary feminists. I fully distanced myself from feminism when their adoration of serial rapist Bill Clinton peaked in the 1990s. At this point, the feminist agenda consists of supporting open borders and promoting gun control, as well as attacks on free speech. The LGBT crowd lost me back in the 1980s when they vigorously and successfully suppressed contact tracing to address the AIDS epidemic in order to maintain the integrity of their precious closets. The LGBT political establishment has blood on its hands, but they generate enough bullshit from their base in San Francisco to power enough Slingshots to provide all the water California could ever need from seawater. The Slingshot will also remove all those nasty radioisotopes from Fukushima that are killing everything in the Pacific.

Back in 1994, the lizards at Enron came up with a grand new plan to swindle the addle-headed masses: carbon tax credits, an entirely new financial instrument. Existing laws would have to be rewritten and new laws passed to make it work. In order for that to happen, the public would have to be aroused. Originally, it was marketed as “Global Warming.” The selling point was that carbon dioxide generated by human activity was causing the Earth to heat up. There were dire predictions of snowless winters by 2014 and melting ice caps in the Arctic and Antarctic regions. Al Gore was put in the top spokesman slot for this hype in exchange for taking a dive in the 2000 Presidential election. He even set up the first carbon tax credit exchange. He parked it with Lehman Brothers.

Unfortunately for the carbon tax schemers, the warming predicted by their ridiculous computer models never took place. They rebranded it as “Climate Change,” but that’s a hard sell, as the climate is always changing. Lehman Brothers went South in the crash of 2008 and Gore’s exchange died with it. There’s enough bullshit in the carbon tax scheme to power Slingshots for the whole human race.

Dean Kamen would make an excellent president, but we’ll be lucky if we can get someone as decent as Pee Wee Herman. I guess I’ll have to settle for Don Trump. I don’t think he’s bullshitting. I could be wrong. That’d be a first.