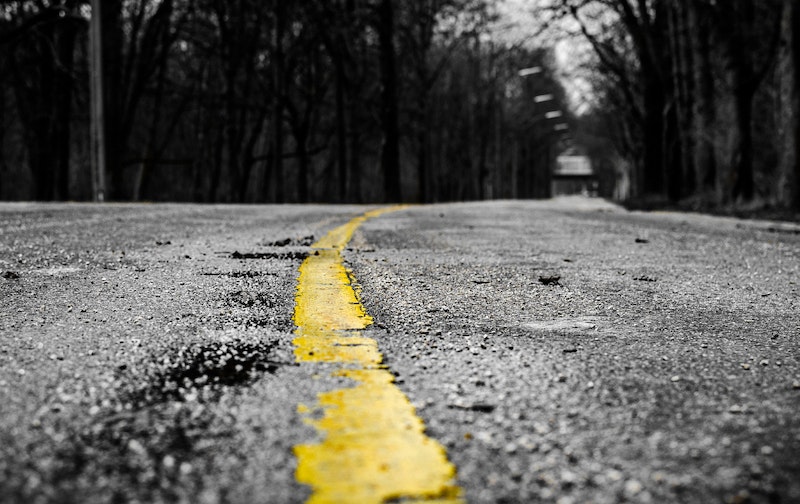 When I was younger I had two recurring nightmares so disturbing they're both burned into the fabric of my consciousness.

The first was abstract. It haunted me from the time I was four or five all the way up until I was 20, and often more than once a year.

Peering through a claustrophobic tunnel of thickets, I can faintly see the night light that illuminated the upstairs hallway of my childhood home.

The tunnel of thickets begins spinning around. My chest gets heavier, breathing becomes more difficult, and my nose fills with more and more snot after each revolution. I toss and turn fearing the worst.

I struggle to try and stop the tunnel of thorns from rotating, but I can't think of a way to hold the tunnel walls without cutting my hands.

Eventually the sloth-like spin cycle grinds to a halt and the spikey tunnel begins to widen at a mid-paced speed, as if someone's pulled a lever forcing its walls apart several extra feet. Once the walls have widened completely my chest no longer heaves. I breath easy and snot-free, with no tossing or turning. And with a last glance at the night light, I gradually slip back into unconsciousness.

I first had the other nightmare around the age of 10 and it returned yearly until some point in my 20s.

I'm seated riding a skateboard, or a bike, or sometimes driving a car with the windows open on a sunny day, going downhill. As I ride along my friends are standing on either side of the road waving and yelling things.

I try to acknowledge all of them, but struggle to do so while simultaneously remaining in control of my vehicle and keeping my eyes on the road.

Despite the fact that I'm clearly struggling to socialize and drive at the same time, two or three of my friends start running alongside the vehicle, trying to strike up a more involved conversation.

Finally, I become so distracted that I veer into the path of an inanimate object (a large rock, a mailbox, a tree, etc.), at which point my friends start frantically warning me to stop.

Right before the collision I wake up terrified and shaking, sometimes yelling. An actual collision never happens during the nightmare.

The crash dream isn't that weird, but I still can't understand what either of these dreams mean.

The thorny tunnel dream in particular is totally baffling to me. Allergies to pollen and dust were big problems I struggled with when I was young, so I guess those real life breathing problems had something to do with the ones in the nightmare. Though I can honestly say I've faced more than a few strange situations in my time on this planet, thorn onslaughts, caverns, and undulating/revolving walls have never been a part of my day-to-day life.

I'm sharing these memories publicly just in case there are some armchair psychiatrists who might read this and then feel compelled to offer up interpretations of just what the hell my old nightmares were all about. If you happen to be an amateur Carl Jung, feel free to comment here. Mental health pros, feel free to chime in too.