It's All Vegas Now 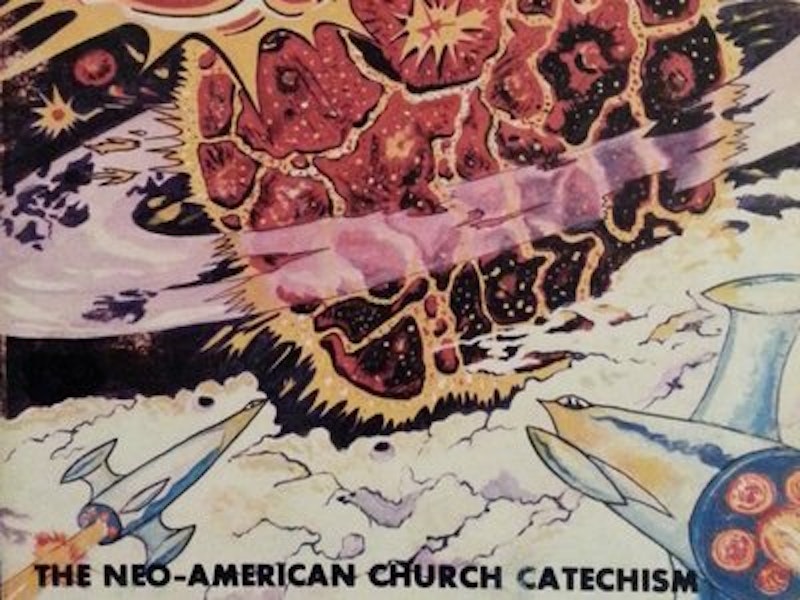 The escalating madness of the 21st Century has me wondering about an old pet theory of mine regarding 9/11. I ate some magic mushrooms shortly after it happened, and I got the idea that the Towers never stopped collapsing. They were sucked into an ever-expanding singularity that ultimately consumed all of New York City before regurgitating it as a steel and glass absurdist replica devoid of grit, content, compassion, and meaning. As any New Yorker knows, the city is the Ultimate Reality and the basis of the many parallel realities that converge there, and so the entire world was sucked down a hole that has no bottom. It’s all Vegas now. How else to explain a world where Pat Buchanan and I agree on most things?

I’ve probably been paying more attention than I should to current events, but it’s a lifelong compulsion of mine. It’s unlikely that anyone in a position of power will pay any attention whatsoever to the musings of a quasi-Nazi acid casualty in his 60s, but I do have a few observations and suggestions that might be of help in making our ongoing descent into the abyss more entertaining, if not quite bearable, to those of sound mind. It’s actually easier for me to cope with the epidemic of madness going around owing to my youthful infatuation with Art Kleps’ Neo-American Church and their doctrine regarding the invalid nature of external relations. Nihilistic solipsism is by far the most practical philosophical approach to the ongoing orgy of oligarchic violence that is today’s world. Like Dr. Strangelove, I have a few suggestions.

It’s Gay Pride week. Given recent tragic events involving steroids, sexual repression, SSRI drugs, semi-automatic weapons, and multi-tasking Muslim murderers texting and updating their Facebook status in the midst of perpetrating mass slaughter, it would be a generous and uplifting gesture if the LGBTQ community would rename the Stonewall Inn and park area out of deference to the Black Lives Matter movement. A bar named after a notorious cis-gendered heteronormative white racist Confederate general hardly seems like the appropriate place to commemorate a people’s uprising against patriarchal oppression. Even Texas is more enlightened than that. A few weeks ago, the good folk of Tyler, Texas, decided to rename the Robert E. Lee High School there. They put it to the students. Among the top student submissions were “The Adolf Hitler School Of Friendship And Tolerance,” “Donald J. Trump High School,” and my favorite, “The Adam Lanza School Of Fun.”

Given that the whole Stonewall rebellion sprang out of an impromptu wake for Judy Garland, I think “Dorothy’s” would be an excellent choice to end white gay microaggression against People Of Color, although “The Trayvon” has a certain appeal.

The refugee crisis is out of control. There are an estimated 65,000,000 refugees pouring out of the Middle East and North Africa, wreaking havoc wherever they go. Why are these people even alive? Have we become so utterly inept at warfare that we destroy whole nations leaving the populace alive, only to welcome them in with welfare benefits and free crack? War is about killing people, not creating refugees. As Hunter Thompson famously opined, “Buy the ticket, take the ride.” If you’re going to commit war crimes, at least be thorough about it. If war is the world’s only hygiene, we’re like some back alley abortionist who doesn’t wash his hands between patients or a truck stop bathroom with no toilet paper.

We need more vaccines. A vaccine against gullibility would be terrific. The need is obvious. The Zika vaccine is a terrible idea. A nation of pinheads would be far preferable to what we have now. Pinheads are cute, dumb, and not particularly violent. When was the last time you heard of pinheads killing each other over sneakers or forming violent flash mobs? We should unleash Zika-infected mosquitos in all of the most violent neighborhoods in America. Between that and the fluoride and lead in the water, we can transform a nation of thugs into a passive drooling source of menial labor, content with a diet of Skittles and Arizona Iced Tea.

Getting back to Art Kleps and the Neo-American Church, we should establish a one-world government and turn the world’s arsenal against the planet Saturn. Kleps always felt that Saturn should be destroyed on the grounds that it’s too garish and a perpetually bad astrological influence. It can’t hurt, and would probably help.

Alternatively, we could just keep doing what we’re doing and wait for the Nazis to come back from the Moon and set things right for us. According to trusted authorities in Finland, they’re coming back in January, 2018, during a lunar eclipse. I can hardly wait.