Me and the Indians

Education can be a bitch. 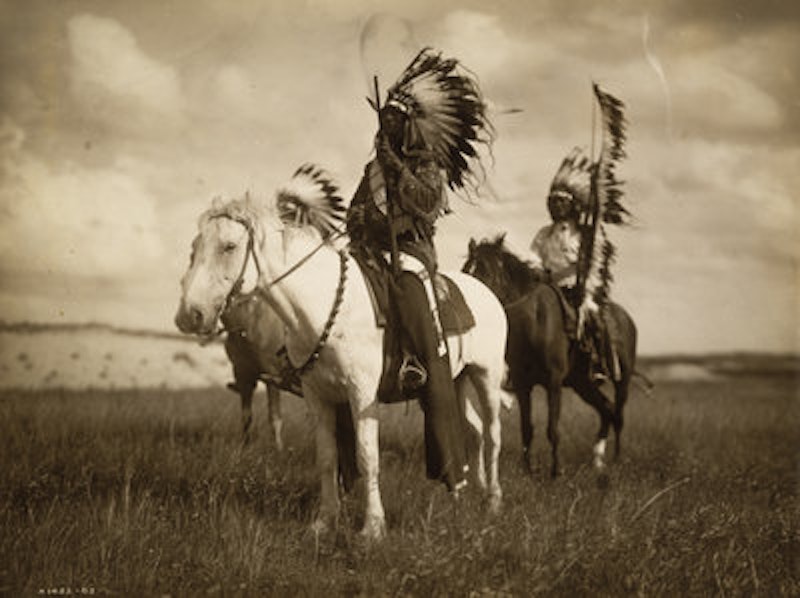 People talk about school being pointless because they never use what they learned. By that standard, the fourth and fifth grades left me with nothing decent but multiplication and the knowledge that America had committed genocide. There was also a film about skinning caribou, and I’ll always remember it, but so what? Multiplication and the awareness of American genocide have made a difference to me. I don’t think anything else has, not from those particular years.

This was just when the 1960s were turning into the 1970s. Back then most people with a college degree figured that radicalism—well, no, a sort of disgruntled and vocal liberalism—was the way to go. My teachers were young and susceptible to modish enthusiasms, so they were no exception. They dumped us students into a mismanaged attempt at the open classroom, an exercise in chaos that left me feeling adrift and miserable. And they pounded us over the head with nasty stuff about America, specifically about America versus the Indians.

I suppose slavery didn’t get a look-in because there were some black kids scattered among the whites, a situation that would make white kids (or their parents) touchy about too much truth coming out. Safer to be righteous about the Trail of Tears and the sad fate of the Ghost Dance movement. Really, I don’t think much of my old teachers, and I wonder how many decided they were Reagan fans when the winds shifted a decade down the road. In the meantime, we repeated what they told us. We did it in dispirited fashion, since Indians (yes, I know they’re called Native Americans now) were much more fun a year or so before, when we were learning about totems and moccasins and lodges.

One time a strong-minded classmate broke through the noise. A student teacher had been listening to a group of us mumble back our usual about the horrors. The girl defiantly announced that we were all just doing as teacher said. I felt silly about being caught out. Really, this degree of honesty was unfair. But I knew she was right. Yet, on looking back, I also think she was wrong, and this is something it’s taken me decades to realize. Because I’ve never forgotten the Trail of Tears and the Ghost Dance movement.

Consider this. Over the years my feelings for America have gone through ups and downs. When I was a teen and learned something about European history, I decided that it was quite absurd for radicals to excoriate the U.S. On balance, the country allowed more freedom and prosperity to a greater number of people than the vast majority of all other systems through history. Look at the Romans, look at the Greeks. Look at Great Britain just a century before, let alone the regimes found in Europe. But the key phrase there is “on balance.” I knew what we had done. I didn’t imagine that America was a collection of good people doing good things until the good things made a pile to the sun. We had blood on our hands.

Off and on, for the rest of my life, I’ve seen what I make of that knowledge. I’m not as confident now that the balance is overwhelmingly in favor of the U.S. But I’ve always been aware that, even at its best, America isn’t Superman in geographic form. It’s a racket by which some do well or very well, with the “some” being most of the population. I know this because my foolish, right-on teachers rubbed my nose in the Trail of Tears and the rest. I know about slavery too, of course. All Americans know about slavery. Then again, we all know about the Indians getting wiped out. But it helps to be made forcefully aware of these things when young. School may not be that great, but it rubs your nose pretty good, and that was the case with me and the Indians.