American taxpayers are indirectly responsible for the migrant crisis. 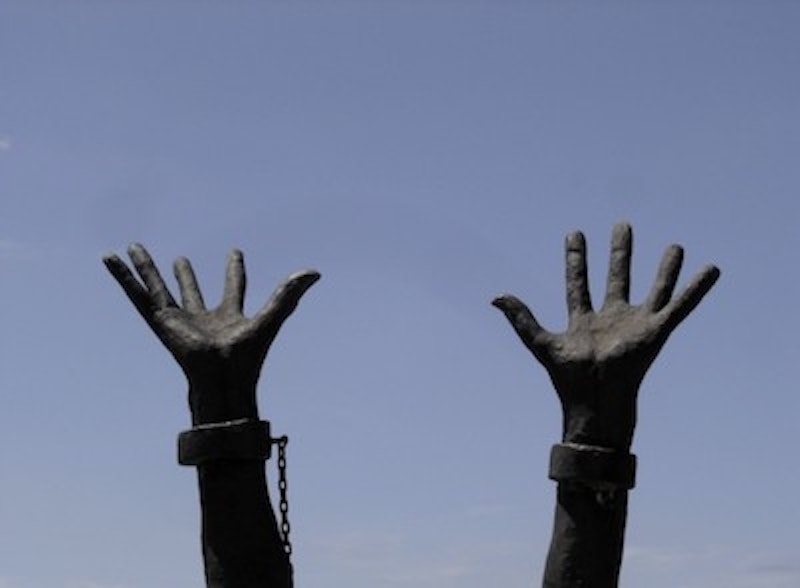 In retrospect, issues take on a certain moral clarity, to the point that their existence becomes hard to understand. How is it that many or even most Americans once supported—or at a minimum failed directly to oppose—slavery, or Jim Crow segregation, or “native removal”? Nothing could be more obvious than that this was wrong, and we might yearn for something so plain evil to oppose, and experience the issues arising in our own time as more muddled and difficult. Well, to many people in the 19th and 20th centuries, the questions of slavery and segregation appeared muddled too. It’s easy to see the evil to which the people in your own society have become almost unanimously opposed.

Some of our moral difficulties are muddled, as were some of theirs. But some are not. Separating thousands of migrant or asylum-seeking children from their parents as a matter of policy is as flatly evil as slavery or segregation. Indeed, like Jeff Sessions, slavers routinely separated parents from their children and used the threat of breaking up families as a “deterrent,” or as a means to control every aspect of behavior. Slavery used children as leverage over parents. One of the many things that make that unconscionable is the treatment of children that it entails.

Henry David Thoreau, not to mention Martin Luther King, would say that any law that demands such action should be violated, and that any agency that performs it should be resisted, disobeyed and sabotaged. It’s not a good enough argument to say that the people whose children are being seized have violated the law, or that they’re treated in accordance with it. (This is to say nothing of the treatment of those children themselves, who are punished severely, supposedly for the actions of their parents.)

What Thoreau was protesting in Civil Disobedience were things like the Fugitive Slave Act, a law that required each person to be the direct perpetrator of the worst sort of oppression, in this case to return escaped slaves to their masters. “If it requires you to be the agent of injustice to another, then, I say, break the law. Let your life be a counter-friction to stop the machine. What I have to do is to see, at any rate, that I do not lend myself to the wrong which I condemn.” In order to refute the claim that each person has an absolute duty to obey every law, it’d be enough to start enumerating ridiculous laws of history as well as laws that directly implicated each citizen in injustice or genocide.

What Thoreau was really focused on was the Mexican-American War, which he regarded as being fought to extend slavery into new territories, and the fact that he was taxed to support that war. Slavery was not itself primarily the action of the government of the United States or of Massachusetts, though governments protected and preserved slavery in many ways. But what’s happening to children on the border now is directly the action of the federal government. All of us who are legally employed, for example, are helping to pay for it. Or you might say, we’re doing it. Under the aegis of taxation, we’ve been forged into a collective agent. This agent, Us, is snatching children from their parents, and dropping them into separate internment facilities.

Our excuse, such as it is, is that we’re being coerced. We don’t pay taxes by choice, and they’re harder to avoid now than in Thoreau’s time, when a collector knocked on his door and assessed him $6 to support the Mexican War. Our money may well be taken directly out of our paychecks; at any rate, you pay because of the difficulty and punishment that threaten for non-payment. In other words, as a taxpayer, I’m paying to humiliate people who don’t deserve it, and to destroy the lives of children.

One problem with collective agency, especially when it’s produced under coercion, is that it makes lines of responsibility obscure. Trump may have demanded this policy, though he’s also blamed Democrats and “the law,” and Sessions may be prosecuting it directly. I’d call that criminal culpability. But any of us who are paying more to the federal government than we are taking out are making it possible.

At a minimum, as we think about whom to elect or what policies to advocate going forward, we could ponder how we might be viewed a few decades or centuries from now, or how clear a matter like this is likely to appear in retrospect. Now doubt our progeny, if any, will feel muddled about some of the evil that they themselves are doing; people are like that. But they are liable to pretty clear that we—you and I—are doing evil right now.