Evil stupidity lurks in the shadows around every corner. 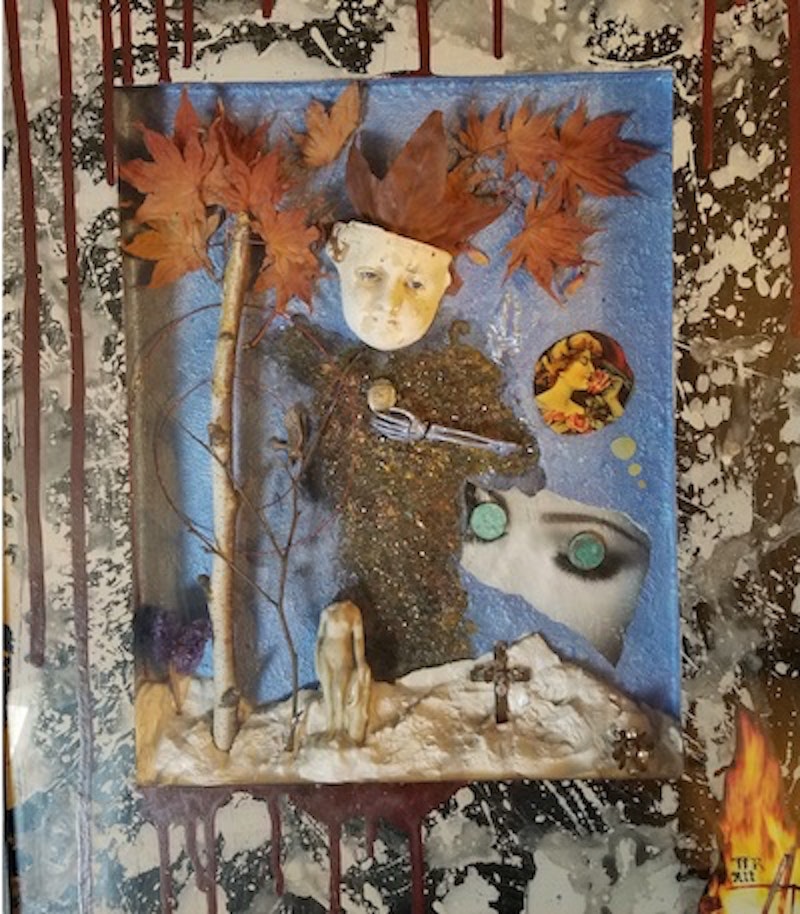 A minuscule pixel of light on a flat black grid. It takes only a little light to show the way ahead. A vast multiverse moving faster than the speed of a flatulent fratboy crybaby boozing and boofing his way to the top of the supreme dung heap. A flash in the pan. The law of the land dictated be sober judges. Bubbles in a bathtub.  A genuine artifact uncovered. Farts under covers. Sodomy and sadism in the highest office. The real deal or the phony knock off. Belching forth and giggling like a child. A beer bong enema and a burning doobie boogie woogie. This is the way of numbskulls. The trusted name brand product meticulously certified and inspected under a microcosm of scrutiny by a jury of their peers. Witless proclaimed wonders spewing self-entitled rage. Sitting in the lap of perverse luxury, justice is blind.

Evil stupidity lurks in the shadows around every corner, danger at every turn, behind the locked doors of inbred morons peeping out of insane windows, under every cretinous rock, right between the eyes of bedlam and idiocy simply because of dumbfounded fear. Another fraternal member from the varsity team. The infinite stars beaming like the smile of a puzzled idiot savant. Is there any life left after living 1000 deaths? To exist on the electric ride of free will following the map of some omnipotent beings guidance. The global position of a fly means nothing to a spider unless it's trapped in a lesser god’s web. Believing in choices and scenarios weaved on gossamer wings and ethereal angelic music. Listen to the quiet deceit of insubstantial evidence. You can hear the other old shoe drop.

Spacemen in anti-gravity three-piece business suits travel to dimensions uncharted. The aliens of antiquity made to resemble what is really only us believing to be true visitors from a recycled future past. Tracing DNA back to a speck of astral dust that accumulates on the simulated wood grain finish. The dream of long ago was merely yesterday’s moments frozen in plastic space. Given a name, a time and a place in any personal history of logic ever onward. A fine madness amid divine clouds of make-believe heavens hovering between sound and sight. Perfect lies. No shoddy afterlife of cardboard backdrops. Economy compact UFO's on sale. Make a left at Mars and keep going straight across the universe at warp speed to Pluto and beyond.

You’ll find me there among the weeds waiting for an old friend from another recollection. A person of interest in my solo fiction. We’re not out of the woods yet. Hopelessly lost in thoughts, old acquaintances are forgotten memories giving warmth to a feeble-brained existence. Cold leftovers of tired life, surviving in outer space, yet another planetary system of half-baked ideas. Best served by enemies who would do harm to just deserts. Exhausted by the events of a single day. It's enough to wave a white flag and surrender to reality. Overcompensating net worth to shortchange ways of thinking about what the past does to sell the future at a ridiculous mark-up. Unable to escape repeating the past. All tied up in the debris of then. This excision of what happened as opposed to what was cut out from life drives the average bumpkin crazy. Walking in the streets of thought, lost again. Bumping into walls and mock landscape.

Fragile creatures blindly embrace traditional monsters. A select history of violence and perversion against the gravitational pulse of push and shove. Few enter and exit to believe we have no soul. Others insist we do. Even more believe in a god of love, mercy and compassion and some don’t believe at all. A healthy fear of God and the devil, what the next-door neighbors are up to or the protocol of secret society club hazing.

Visions of recovered life dancing around inside heads like cartoons. The pot of gold at rainbow’s end. The bucket of crap booby-trap above the door. To love another as we love ourselves is tough. Just because you work your ass off in the Ivy League of men who don’t give a damn doesn't entitle you to sit at the table of hateful gods and prep you to do whatever the fuck you feel like doing. Who died and gave you the right to believe you deserve anything exceptional because you have money and white skin. Just because I believe something doesn't make it right or true. Who put you in my head and how do I get rid of you? Seeking answers to questions yet unasked in places off limits. To allow these little shits to enter your mind and invade your thoughts. Real-life horror stories from worthless turds in cheap suits with stale breath. Dim-witted leader of the free world tweets like a canary on speed cackling made-up truths even they can’t believe.

A paper-thin veneer of transparent lies awaits all good liars. It looks authentic. If it sounds too good to be true, it is. It’s is how they justify their actions. There’s no proof what’s written can be proven in a court of law by honorable people. Lies grow bigger with hot air and macho bravado.